Paris Saint-Germain headed into the international break atop the Ligue 1 table after starting their title defense unbeaten in all eight league matches (W7, D1). But there’s no room for complacency as closest followers Marseille entered the international break only two points adrift. Since being held to a 1-1 home draw to Monaco in late August, Christophe Galtier’s men have won four consecutive top-flight games via an aggregate score of 8-0. But with their last two league wins yielding an identical 1-0 scoreline, there’s a feeling that fatigue is catching up with ‘Les Parisiens.’ There’s no reason for panicking as the reigning French champions haven’t lost any of their last 25 home outings in Ligue 1 (W21, D4), only failing to score once in this run.

However, PSG’s solitary scoring blank in that 25-game sequence was against Nice (0-0), with the visitors finishing last season as the only Ligue 1 club to have kept Paris goalless in both top-flight H2Hs (W1, D1). Yet Galtier’s switch to the Parc des Princes has left affected Nice’s performances, with ‘Les Aiglons’ only winning two of their opening eight league fixtures this season (D2, L4). Despite signing numerous high-profile players, including Aaron Ramsey, Ross Barkley, and Nicolas Pepe, Lucien Favre’s men have struggled for goals. They have failed to find the net in four of their eight Ligue 1 encounters this season, casting doubt on their hopes of winning a league game in Paris for the first time since 2009. 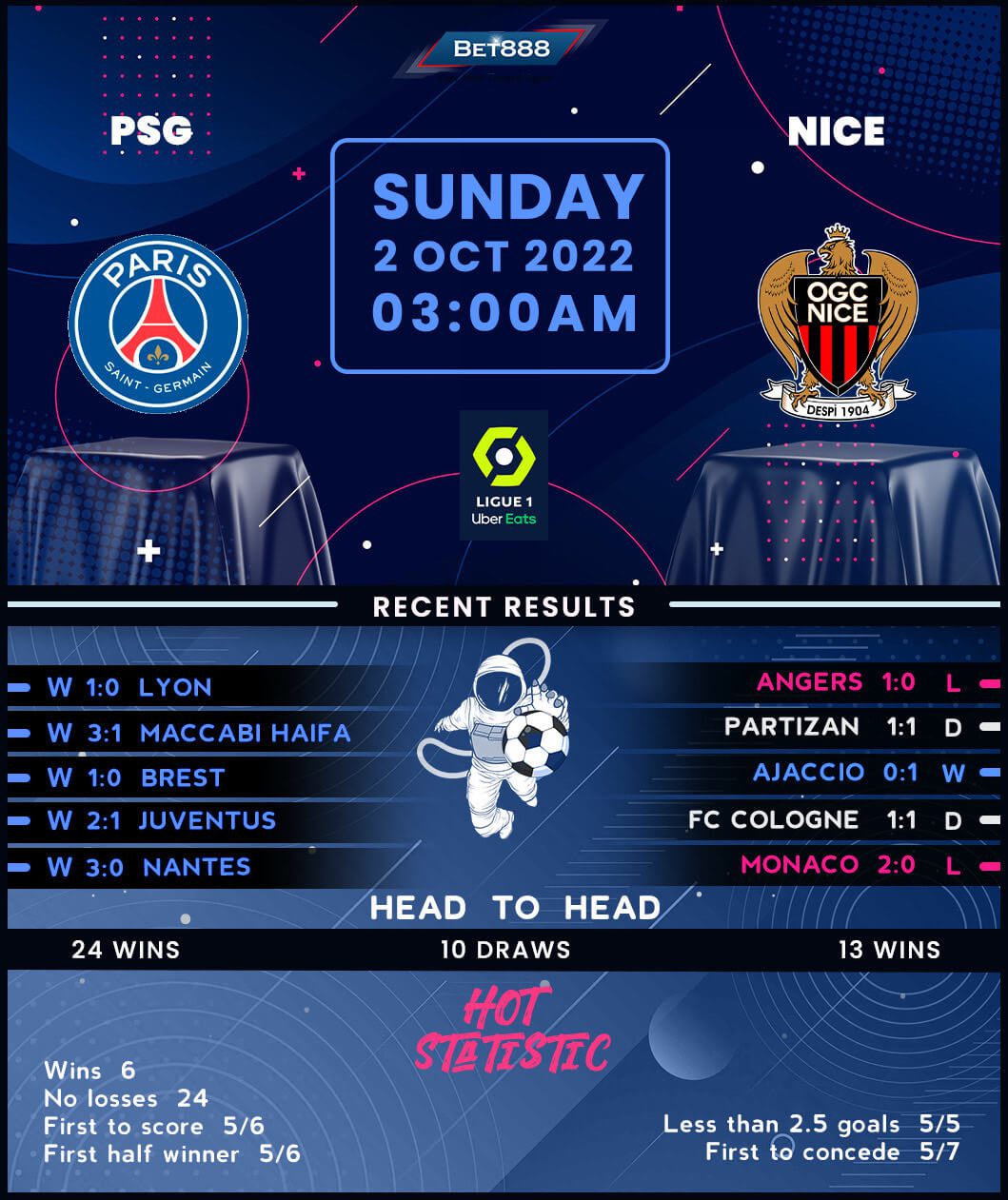