At the Estadio do Dragao, Porto is set to host in-form EPL giants, Liverpool. The Blue and whites have the opportunity to achieve the first victory over the five-time Champions League winners, as it will be their fifth head-to-head meeting, and the first since 2007 that the Reds comfortably won by four goals to one.
The Dragons have won sixteen out of their nineteen home games this season in all competitions, losing only once (against Besiktas). Although the Portuguese club should not be underestimated, the Reds are huge favorites to win this battle, especially considering their recent performances. The Merseysiders have netted ten goals in their past five road games, conceding five in the process.

Sergio Conceicao will have massive problems to put together his best lineup as Felipe is suspended, while the participation of Andre Andre, Vincent Aboubakar, Danilo Pereira, and Fabiano is still questionable. Jurgen Klopp finds himself without Ragnar Klavan through a knee injury, as well as Emre Can via suspension, but the German Expert is hoping that Joe Gomez will recover for the encounter as Nathaniel Clyne is still out due to a back injury and Trent Alexander-Arnold has proved to be unreliable on the right-hand side. 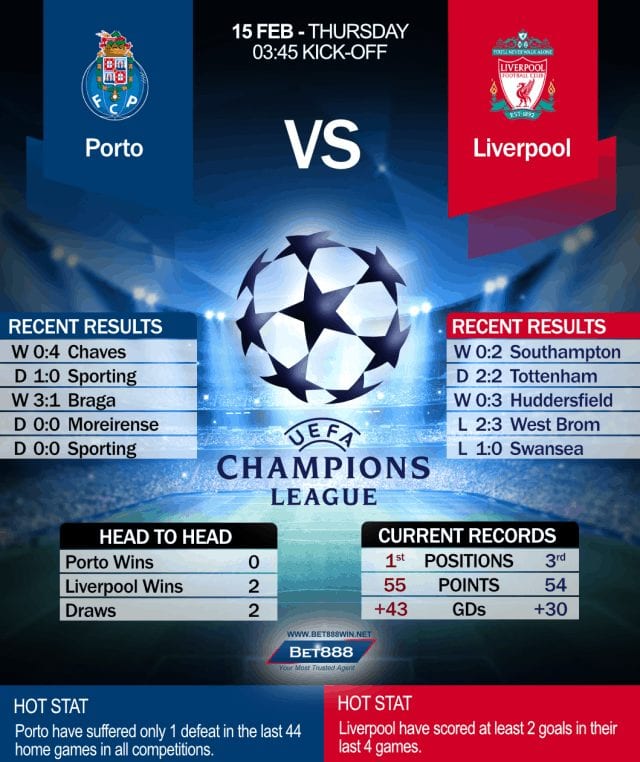