Estádio do Dragão forms the backdrop as Porto and Club Brugge met in a tasty-looking Champions League Group B showdown.

Porto picked themselves up from a gut-wrenching 2-1 defeat at Atletico Madrid in the opening Champions League round to beat fellow Primeira Liga rivals Chaves 3-0 at the weekend and renew optimism ahead of this trip. After being sent off in Madrid, standout striker Mehdi Taremi won’t be able to help the ‘Dragons’ avoid losing four successive Champions League matches for the first time in the club’s history. Even without Taremi, Porto will feel confident about putting the first points on the board in Group B after going unbeaten in all eight previous home European clashes against Belgian visitors (W6, D2). Furthermore, Sergio Conceicao’s men have prevailed in both Champions League meetings with Brugge thus far, taking them down via a single-goal margin on each occasion.

As for Club Brugge, a morale-boosting 1-0 home triumph over Bayer Leverkusen in a curtain-raising Group B encounter helped the reigning Belgian champions halt an underwhelming run of four Champions League defeats on the spin. Keen to rack up back-to-back wins in Europe’s most prestigious competition for only the second time in history, Carl Hoefkens’ men will take the field inspired by a high-flying six-game winning streak during which they kept four clean sheets. However, Brugge’s uninspiring record on Portuguese soil is a source of concern, with the ‘Blauw-Zwart’ suffering five defeats in their six previous visits to face Primeira Liga clubs in European action (W1). Yet, after winning their last three competitive away games via two-goal margins, they’ll believe their time has come. 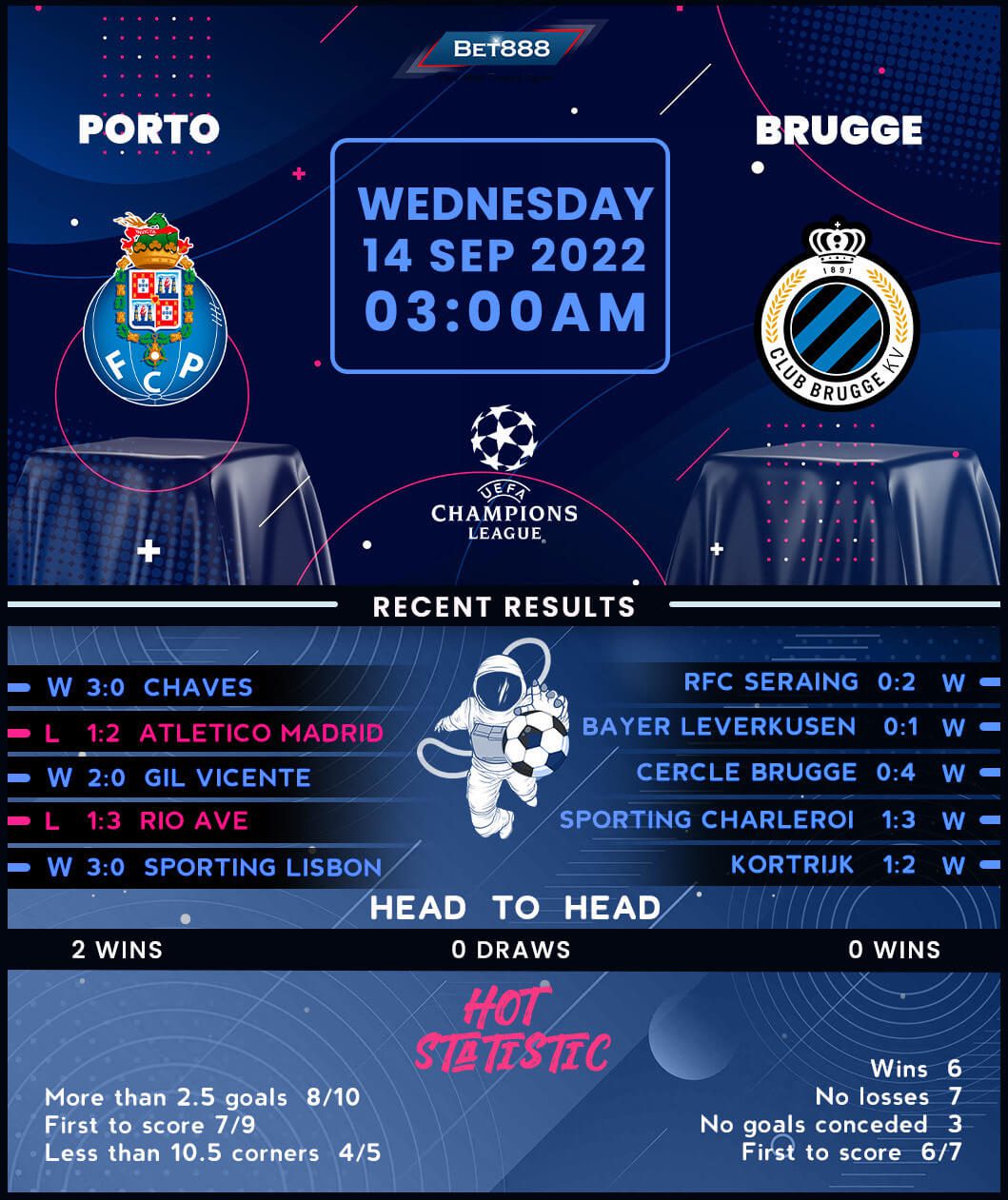