The high-flying Netherlands take a trip to the PGE Narodowy to encounter out-of-sorts Poland in a handsomely-looking Nations League game.

Poland’s 2-1 home win over Wales in a curtain-raising Group A4 fixture looks like a distant memory as Czeslaw Michniewicz’s men have since gone winless in all three Nations League matches (D1, L2). Heading into the final two rounds, the ‘Eagles’ can only hope for League A survival, and a win here would do the trick. However, that could be easier said than done, as they are winless in their last nine meetings with the Netherlands, including friendlies (D3, L6). Yet a ‘goal-friendly’ 2-2 draw in the reverse fixture on hostile turf may inspire Poland’s bid to claim their first H2H victory since 1979 and maintain their decent home run in the post-Euro 2020 period (W4, D1, L2). But since the inaugural Nations League edition, the Poles have only won two of their seven games in the competition (D1, L4).

In the meantime, the Netherlands could mathematically seal their second appearance in the Nations League finals with a win here, provided second-placed Belgium fail to beat Wales in the other Group A4 match-up. In addition to securing their first appearance at the World Cup finals since 2014, Louis van Gaal’s men are unbeaten in all four Nations League outings this term (W3, D1), netting 2+ goals on each occasion. There’s every reason for optimism in the visiting camp, as the ‘Oranje’ have only lost one of their last ten Nations League group stage fixtures (W6, D3) while winning three consecutive away games in the competition ahead of this trip! Unbeaten in 13 straight internationals, the Netherlands are four matches short of equalling their 17-game undefeated streak from 2013, meaning they’ll take this clash seriously. 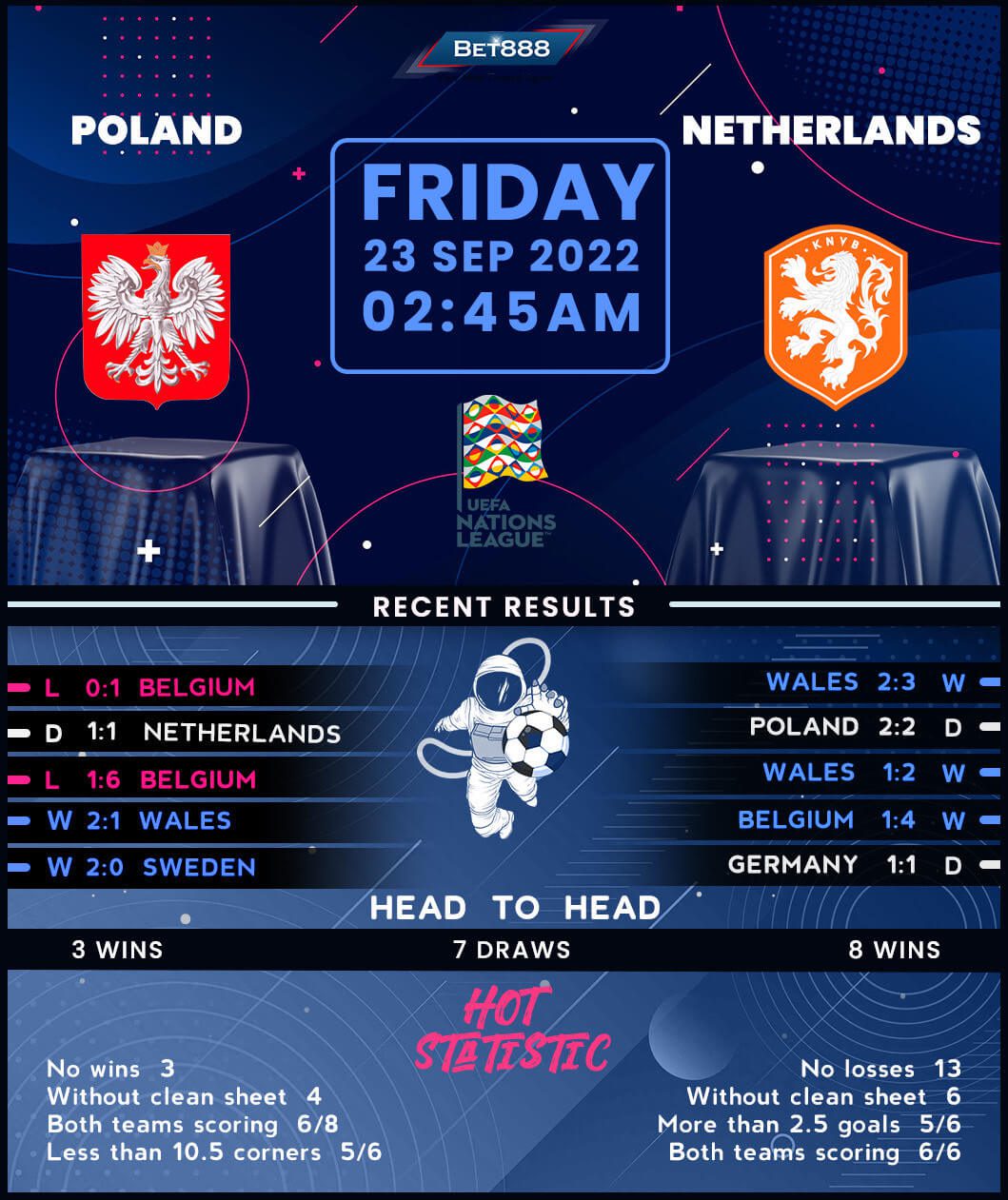