Keen to prove they are no pushovers on the most prominent international stage, Poland head to the Qatar World Cup in pursuit of their first tournament knockouts since 1986. But Czesław Michniewicz’s men need another positive spark after a narrow 1-0 win over Wales last time out arrested their poor four-game winless streak (D1, L3). Despite boasting an elite striker in Robert Lewandowski, the Poles cannot catch a break upfront, having netted under 1.5 goals in four of their five previous internationals. Moreover, Warsaw is no longer safe haven for the ‘White & Red’ as they’ve gone from back-to-back home victories to losing their last two internationals in front of the home crowd without scoring!

Speaking of a low level of confidence, Chile’s busted attempt to qualify for the World Cup finals for the first time since 2014 has left head coach Eduardo Berizzo with plenty of work to do. Since a 3-2 beating of South American whipping boys Bolivia in February, the Chileans have experienced a massive downturn in form, going winless in their last seven internationals (D2, L5). On top of that, before holding World Cup hosts Qatar to an enthralling 2-2 draw in September, ‘La Roja’ had failed to get on the scoresheet in six successive matches, highlighting the attack as the team’s weakest link. But with Chile’s only previous encounter against Poland yielded an action-packed 2-2 stalemate back in June 2018, you’d be forgiven for expecting the CONMEBOL underachievers to overcome their scoring woes in Warsaw. 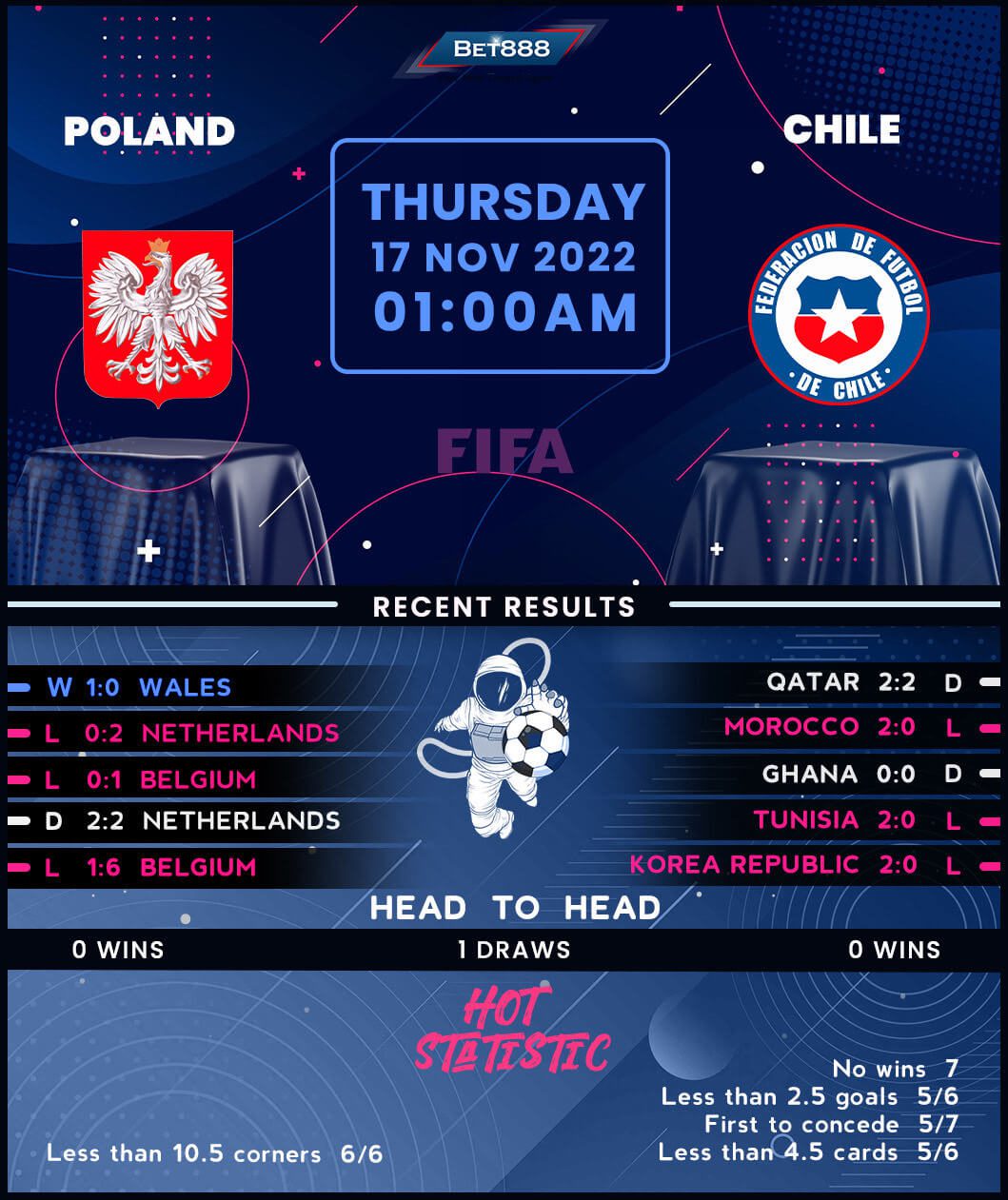