The Ligue 1 encounter between Paris Saint-Germain and Olympique Lyonnais that shall take place at Parc des Princes will see the visitors hoping to end a disastrous 7-game away losing streak against the holders.

The Parisians have been outstanding in the French Ligue 1 this season, as they are the only team to secure a maximum of 24 points after the opening eight fixtures. The defending champions are currently the most devastating attacking side in the European top five leagues, having notched a total of 27 goals in the league so far. Besides, they have scored at least three goals in each domestic game. Meanwhile, in Europe, Les Rouge-et-Bleu crashed the Serbian champions Red Star Belgrade by six goals to one in midweek’s Champions League meeting, which was their first international triumph this season following a 3-2 loss to Liverpool on the opening matchday.

The visitors, on the other hand, seem to be raising their game after a slow start of the season. Les Gones are undefeated in the last four league matches although they’ve been held to two draws to Nantes and Caen. However, in the Champions League, Bruno Genesio’s team pulled off a stunning 2-1 win over Manchester City on the road, after which they’ve snatched a 2-2 draw with TSG Hoffenheim. Still, apart from a 3-0 triumph over Dijon, Lyon failed to achieve success playing away from the Groupama Stadium, as they’ve only got one point in two road encounters in Ligue 1.

Thomas Tuchel won’t have Gianluigi Buffon, Dani Alves, Layvin Kurzawa, and Christopher Nkunku at his disposal as all are struggling with injuries, while Kenny Tete, Martin Terrier, and Amine Gouiri expected to remain on the stands for the visitors. 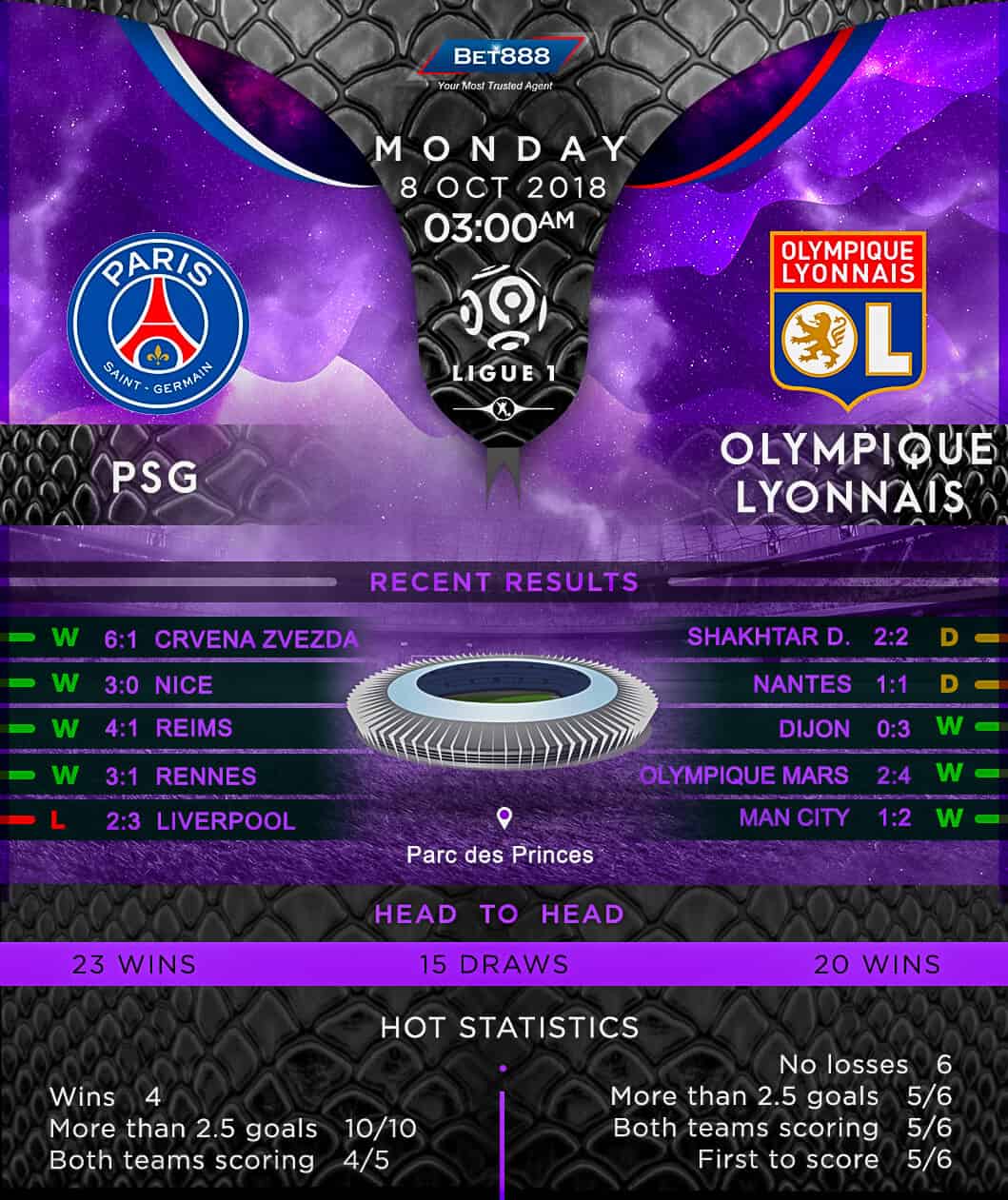