Panama and Grenada will close their 2021 CONCACAF Gold Cup journeys at the Exploria Stadium, with nothing but pride to play for between the two in Orlando.

Despite failing to win their opening two group stage fixtures (D1, L1), Panama have been fun to watch, with each of their Group D outings seeing both teams score at least twice in matches garnering 5+ total goals. There’s been plenty of second-half action in Panama’s Gold Cup games so far, with both featuring over 1.5 goals beyond half-time. However, Panama’s hopes of making it out of the group stages are almost gone, as they need to beat Grenada here and hope Qatar will lose to Honduras to fire them into the knock-outs. In all likelihood, this will be the first time since 1993 that ‘Los Canaleros’ will fail to reach the Gold Cup quarter-finals, ending a run of eight consecutive quarter-final qualifications.

In the meantime, Grenada will wave goodbye to the competition regardless of what happens here after losing their opening two Group D fixtures by the identical 4-0 scoreline. Grenada’s slow starts have seen them fall behind within the opening half-an-hour of play in both of their group stage games, conceding three times in the timeframe. Alarmingly, the ‘Spice Boys’ have lost all eight Gold Cup matches throughout history by an aggregate score of 33-1. They seem likely to add another defeat to the tally here, considering they go up against a side they have lost to in both of their previous H2H meetings, conceding seven unanswered goals in the process. Additionally, Michael Findlay’s men have lost four consecutive competitive matches ahead of the kick-off, returning a disastrous -10 goal difference from that span (GF:1, GA:11). 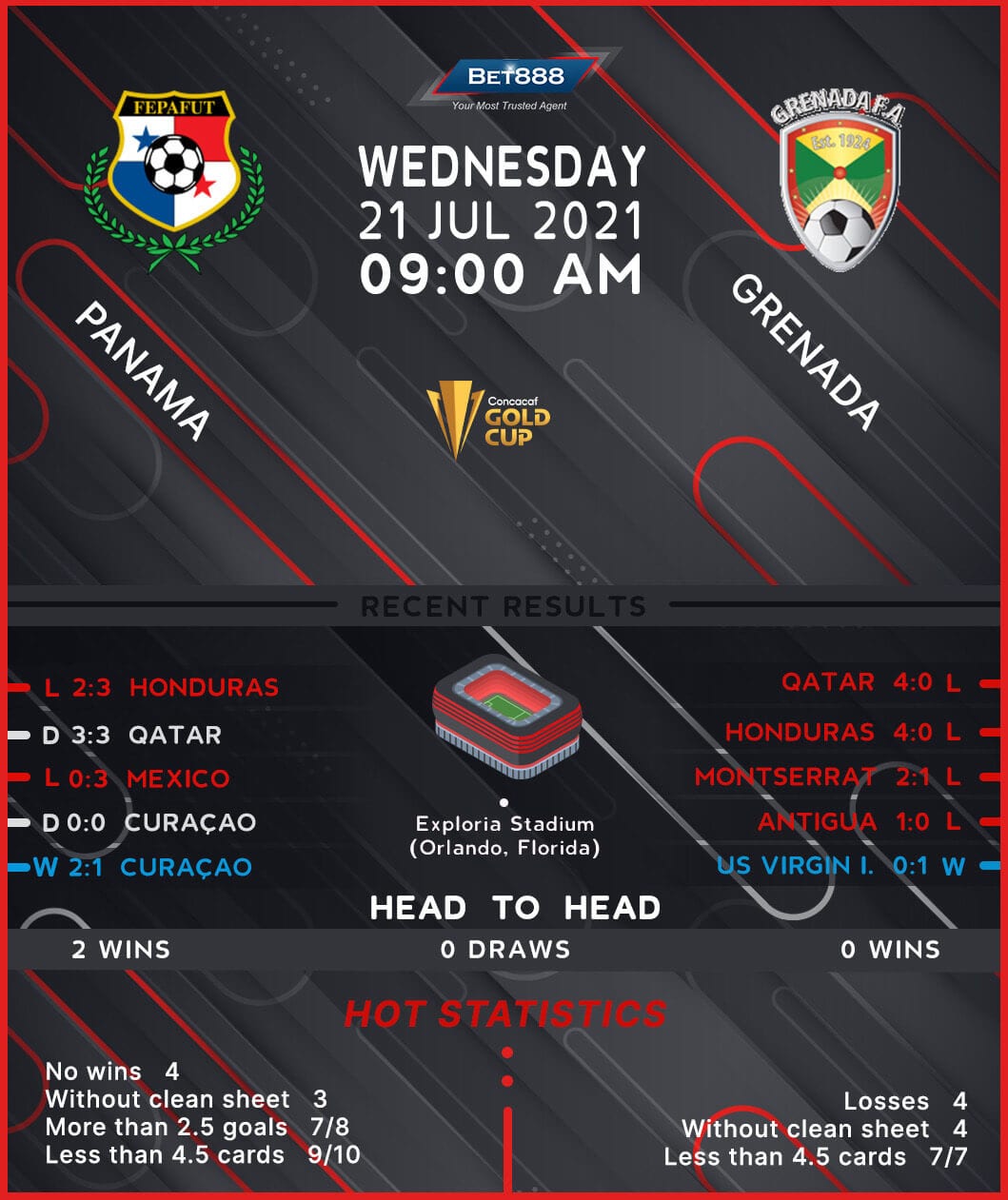