Keen to improve on last season’s morale-boosting top-half La Liga finish, Osasuna head into proceedings desperate to arrest an underwhelming ten-match winless league run against Sevilla (D2, L8). That could prove easier said than done as they’ve failed to score across their last four top-flight H2Hs (D1, L3), though they held the Andalusians to a scoreless draw in this corresponding fixture in 2021/22. But Osasuna’s habit of getting new La Liga seasons off to promising starts has seen them go unbeaten in a curtain-raising outing in the last four top-flight campaigns (W2, D2). That streak features three clean sheets, which could encourage the home side’s bid to bounce back from an abysmal six-game winless league run (D3, L3) from the tail-end of last season.

Meanwhile, Sevilla eked out a coveted fourth-place La Liga finish in 2021/22 by the skin of their teeth, leaving cross-town rivals Real Betis three points behind in fifth. Led by Julen Lopetegui, ‘Los Rojiblancos’ conceded just 30 La Liga goals last season, fewer than any other side in Spain’s elite competition, while setting an unprecedented feat in the club’s top-flight history. Though they impressed at the back, Lopetegui’s men failed to live up to expectations in the front third, with only Real Sociedad (40) netting fewer goals than Sevilla (53) of the sides to have reached the European spots in 2021/22. Moreover, Sevilla’s propensity for stalemates has seen 11 of their last 18 La Liga matches end as a draw (W5, L2), highlighting the potential for a keenly-contested affair at El Sadar. 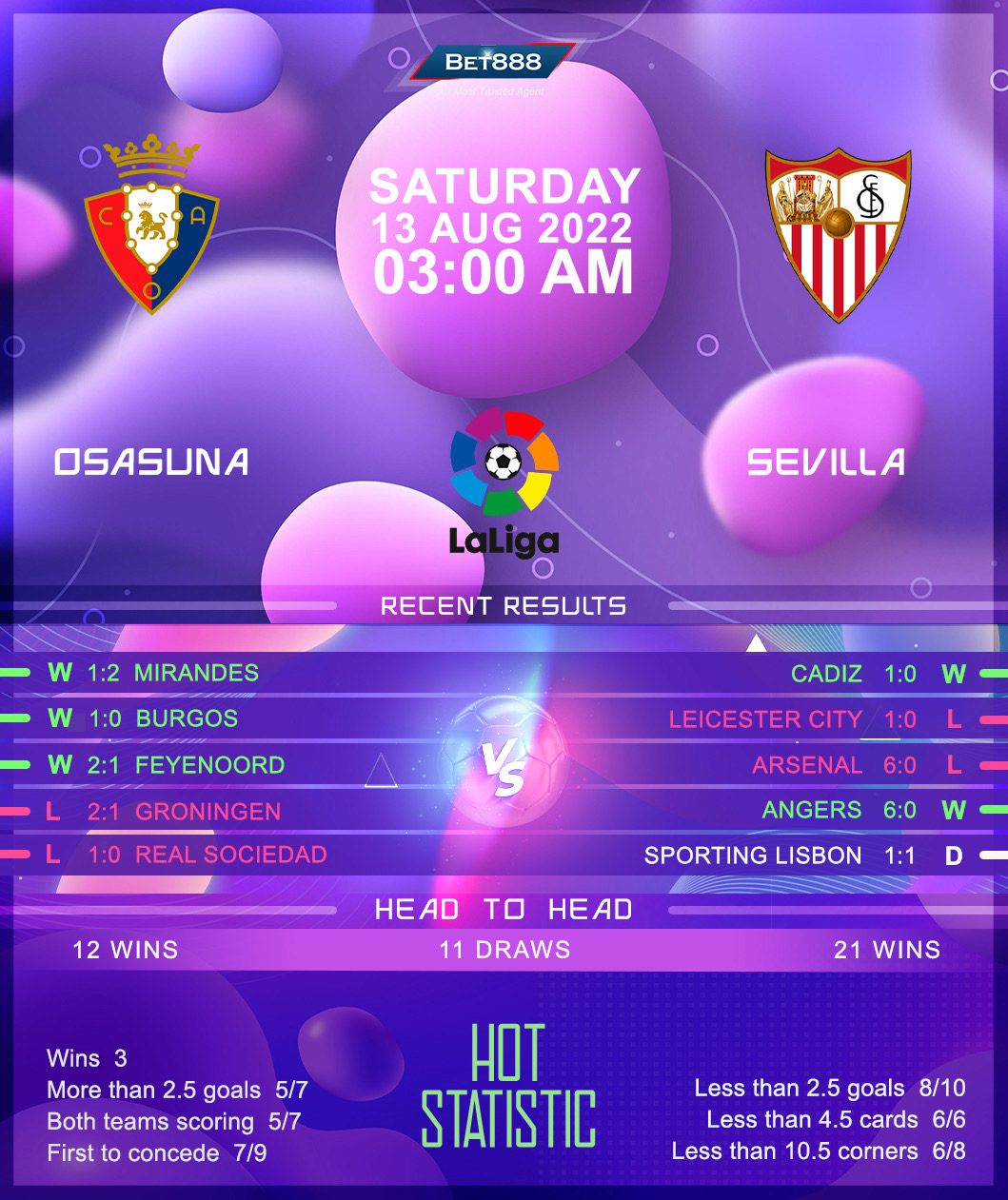