Olympiacos launch their quest for the third consecutive qualification to the UEFA Champions League group phase this midweek when they play host to Neftci Baku at the Georgios Karaiskaki Stadium.

Olympiacos performed an extensive warm-up campaign, having clocked up five victories in seven friendlies (D1, L1) to gear up for the Champions League qualifiers. The Greek heavyweights have never faced Azerbaijani opposition before, albeit they can take confidence from winning two of their last three European fixtures on home soil (L1). Additionally, the ‘Thrylos’ have put together six consecutive home victories in all competitions ahead of the kick-off, returning a +9 goal difference from that spread of games (GF:11, GA:2). Olympiacos’ last two European matches at the Georgios Karaiskakis Stadium have seen over 3.5 goals and both teams on the scoresheet, highlighting the potential for a high-scoring affair. Worryingly, though, Pedro Martins’ men have failed to keep a clean sheet in each of their previous four home games in European competitions, conceding 2+ goals in the last three in a row.

On the other hand, Neftci defeated Georgia’s Dinamo Tbilisi 4-2 on aggregate in the previous Champions League qualifying round (2-1 A, 2-1 H), coming from behind to claim the victory in the return leg at home. The visitors are now enjoying a six-game winning streak in all competitions as a result, with four of those triumphs yielding a winning margin of a single goal. Away from home, the ‘Oil Workers’ have gone unbeaten in their last five competitive matches (W3, D2) since losing 1-0 to domestic rivals Zira in late February, with all three victories in this sequence being accompanied by a clean sheet. Neftci have never met Greek opposition within UEFA competitions before as they take the field as betting outsiders. However, the visitors can take some comfort from a decent overall record in the Champions League (GP16 – W5, D4, L7), though not so much from the fact they have averaged just 0.87 goals scored per such contest. 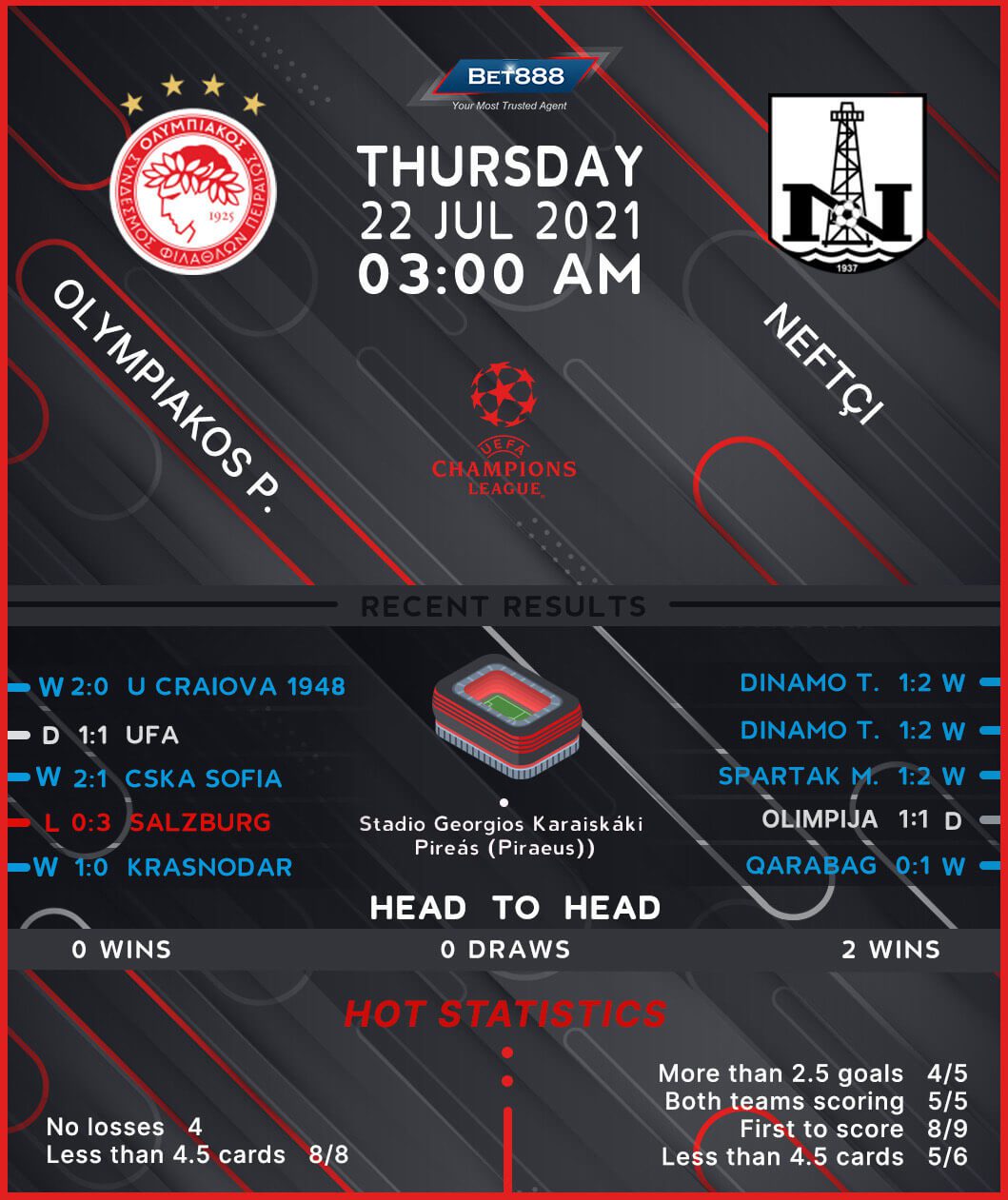