Newcastle United flew out of traps on their Boxing Day clash against Leicester City, netting twice inside the opening seven minutes of a thumping 3-0 victory at the King Power Stadium to equal the club’s best-ever record of 11 unbeaten Premier League matches (W8, D3). Having won their last six league outings in a row, the ‘Magpies’ could record seven straight top-flight triumphs for the first time since 1996, but there’s a catch. Eddie Howe’s men have been winless in their last three home league encounters against Leeds (D2, L1), in stark contrast to their sublime Premier League form at St James’ Park this term. Indeed, they head into proceedings as one of only two Premier League teams alongside leaders Arsenal yet to lose a single top-flight match on home turf in 2022/23 (W5, D3).

On the other hand, visiting Leeds United collapsed in a morale-damaging 3-1 home defeat to Manchester City on Boxing Day, slipping to 15th in the standings, only two points clear of the drop zone. The main reason behind Leeds’ embroilment in a relegation-zone drama for the second season on the trot lies with their massive form woes on hostile turf. Jesse Marsch’s men have racked up a league second-low four points on the road this term (W1, D1, L5), losing five times on their last six travels, including a 4-3 defeat at Tottenham Hotspur on the eve of the World Cup break. Moreover, after losing 1-0 to Newcastle in their most recent Premier League H2H in January, they could suffer back-to-back league defeats against this opposition for the first time since 2002. 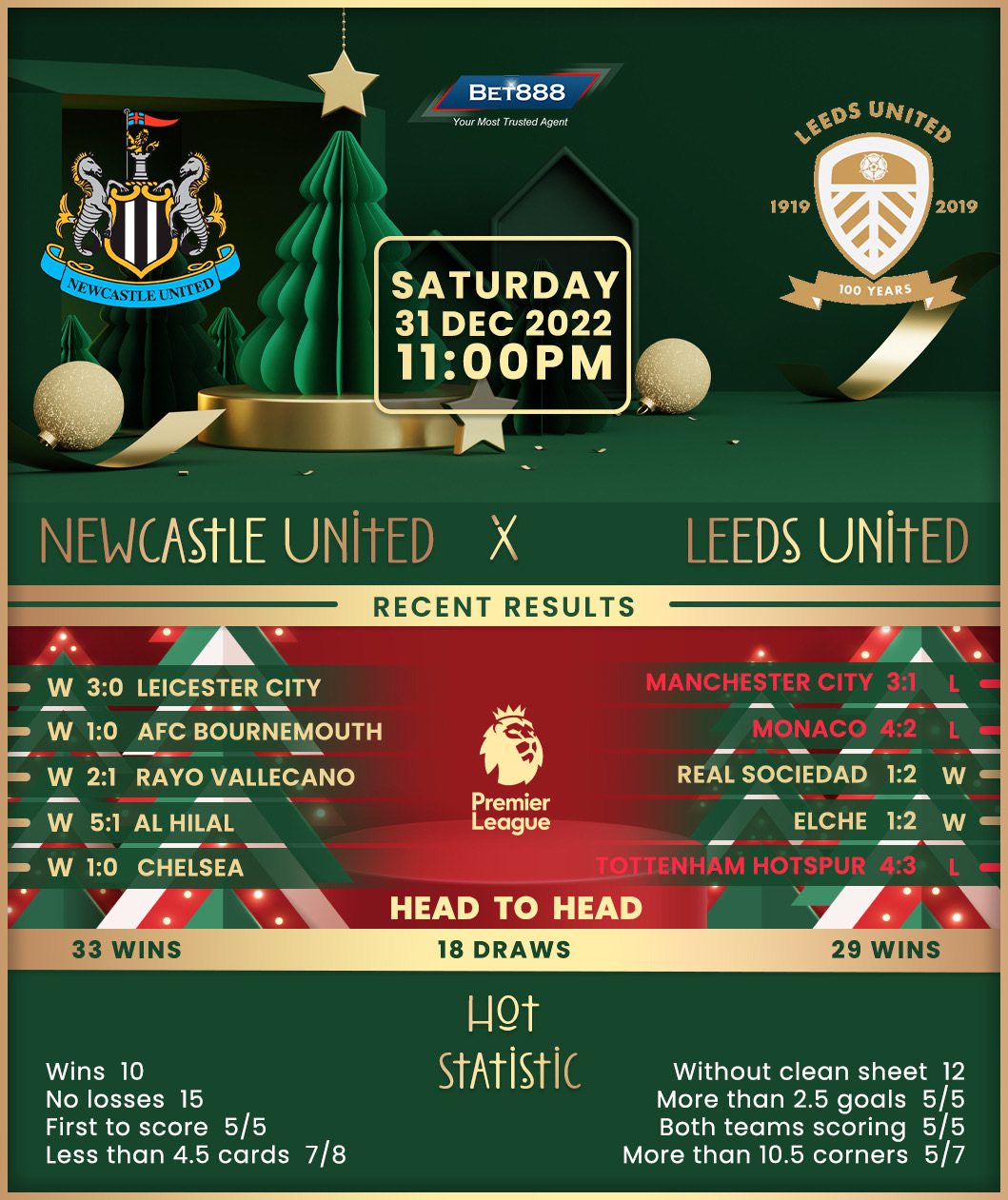