Newcastle United had enjoyed a stellar mid-season break, thumping the likes of Al-Hilal and Rayo Vallecano 7-1 on aggregate as Eddie Howe’s men refuse to show any signs of stopping. The ‘Magpies’ from St James’ Park entered the World Cup break third in the Premier League standings, only seven points clear of pacesetters Arsenal, having lost just one of their opening 15 league matches (W8, D6). More importantly, Newcastle won five top-flight fixtures in succession ahead of the six-week hiatus to accommodate the Qatar showpiece, including a narrow 1-0 home win over Chelsea last time out. However, Howe’s team needed penalties to oust fellow Premier League rivals Crystal Palace in the previous EFL Cup round after a goalless draw in 120 minutes of play.

On the other hand, interim manager Gary O’Neil earned a permanent status in the Bournemouth dugout during the international break after turning his team’s fortunes in the wake of Scott Parker’s sacking. O’Neil’s bid to get the ‘Charries’ back on the rails started with a stunning 4-1 deletion of Everton in the EFL Cup third round. Bournemouth then thrashed the same opposition 3-0 at home in their most recent Premier League outing, scoring only one goal fewer across those two victories than they had in their previous five competitive outings combined. However, it’s now up to O’Neil to address his side’s form woes on the road, with the visitors going winless on their last four domestic travels (D2, L2), conceding an average of 2.25 goals per match. 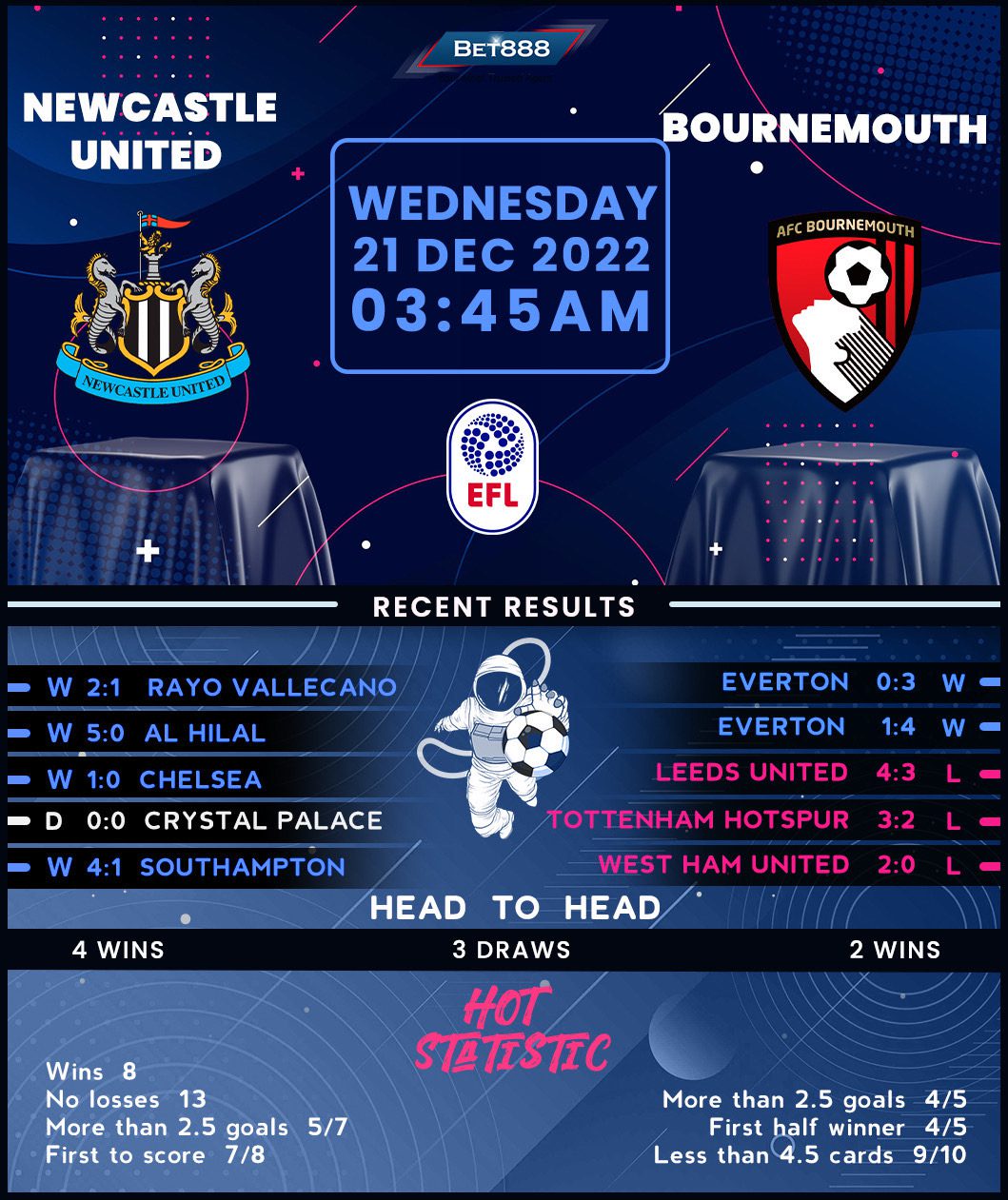