Newcastle proved their top-four credentials last weekend by claiming a morale-boosting 2-1 win away to Tottenham Hotspur, extending their unbeaten Premier League run to seven straight matches (W4, D3). The fourth-placed ‘Magpies’ cannot rest on their laurels as they edge closest followers Chelsea courtesy of a superior goal difference. Villa’s forthcoming visit to Tyneside fills Newcastle with optimism over their bid to solidify their place in the top-four race, with Eddie Howe’s side going unbeaten in their last 13 Premier League H2Hs on home turf (W7, D6). Howe has based his side’s stellar top-flight start on a watertight backline that has conceded a league-low ten Premier League goals this term, shipping under 1.5 goals in seven consecutive games preceding this contest.

On the other hand, visiting Aston Villa put three unanswered goals past Brentford within the opening 15 minutes of play in last weekend’s morale-boosting 4-0 home triumph. After relieving Steven Gerrard of his duties, the bottom-half strugglers have put their fate in the hands of ex-Arsenal boss Emery, who braces himself for his second touchline debut in the Premier League. Emery’s first task on the new job is to improve Villa’s disastrous away form that has witnessed them go seven top-flight road trips without winning on the bounce (D2, L5). Adding to the Spaniard’s list of concerns, the ‘Lions’ have suffered 11 defeats in their last 12 Premier League matches against sides starting the day in the top four (D1). 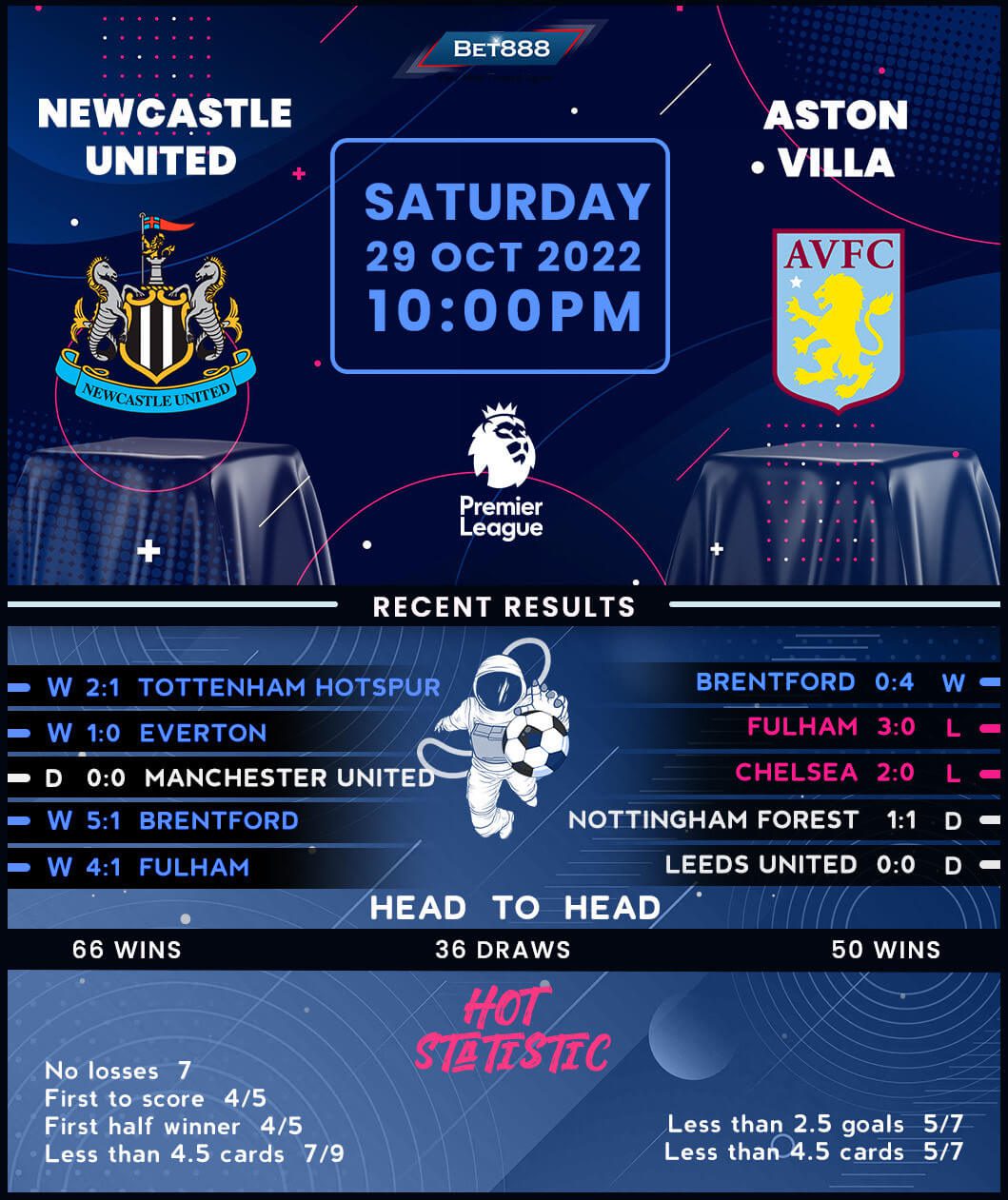