Stadio Diego Armando Maradona forms the backdrop for a mammoth Champions League Group A opener between Napoli and Liverpool.

Back to the Champions League following a two-year hiatus, Napoli will be looking to build on a 100% unbeaten start to the new Serie A season (W3, D2). Luciano Spalletti’s men will show up in a confident mood after coming from behind to beat fellow Serie A rivals Lazio 2-1 at the weekend. Led by new hero Khvicha Kvaratskhelia, ‘I Partenopei’ are aiming to maintain their two-game winning home streak against Liverpool in the Champions League. It’s worth noting they kept the ‘Reds’ at bay in both those victories. Topically, the Italian heavyweights have racked up five triumphs from their six home Champions League matches against Premier League visitors overall (L1). No strangers to ferocious Champions League openings, Napoli have only lost one matchday-one fixture across their six previous campaigns in Europe’s elite club competition (W3, D2).

In the meantime, Liverpool’s abysmal Premier League start has seen them pick up just two wins from their opening six league fixtures (D3, L1), drawing 0-0 with Everton last time out. However, Jurgen Klopp’s side won all six group stage fixtures in the 2021/22 Champions League season en route to reaching the competition’s final, where they lost 1-0 to Real Madrid. Keen to become the first-ever English sides to register a 100% win ratio in the Champions League group phase in back-to-back seasons, the Merseyside powerhouse can draw confidence from winning all six away matches in last season’s tournament edition. On top of that, the ‘Reds’ have strung together three consecutive triumphs in road encounters against Italian hosts across major European competitions. 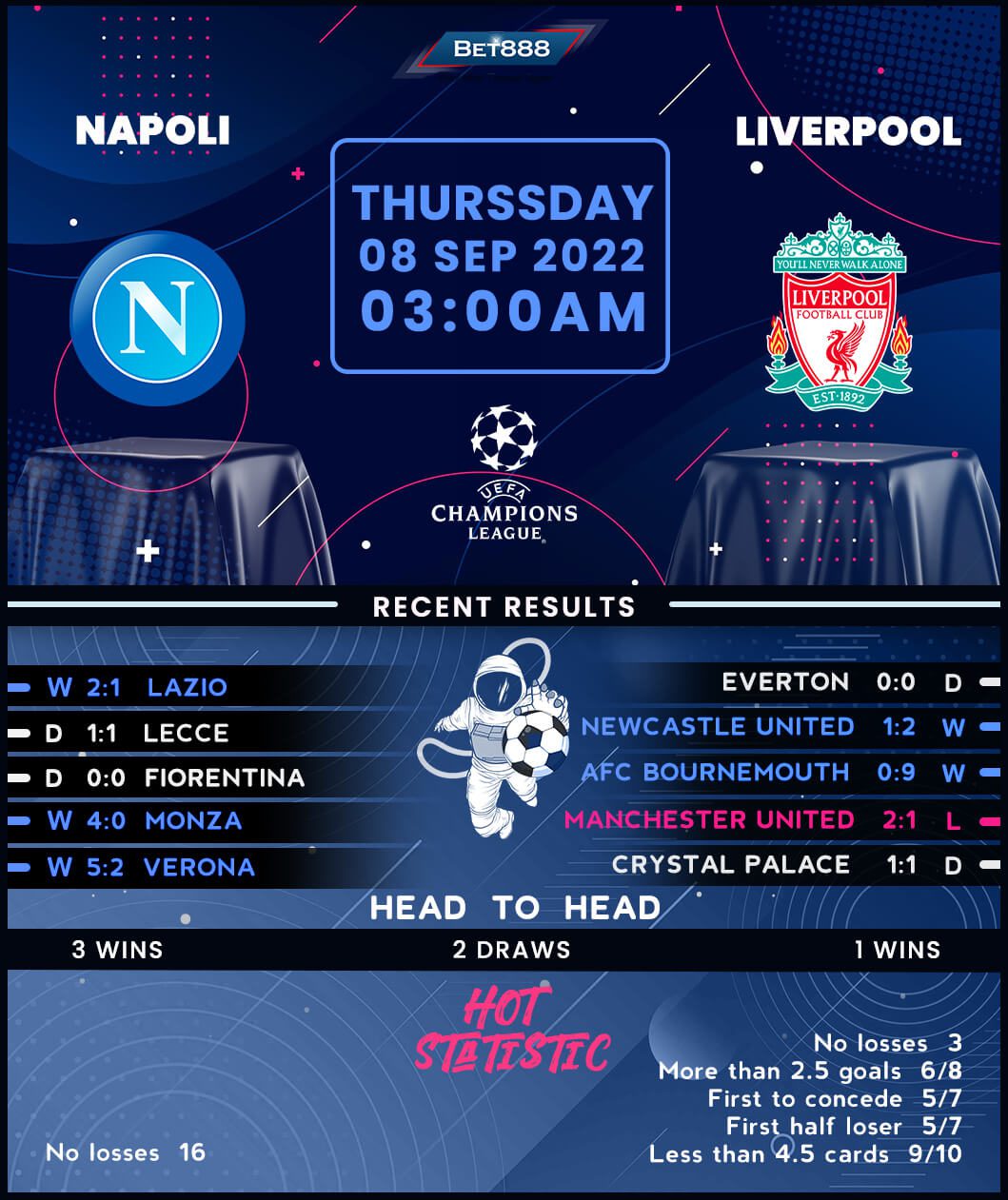