Stade de la Beaujoire is the venue as Nantes and Lille lock horns in an exciting Ligue 1 showdown.

A disheartening 4-0 defeat to Paris Saint-Germain in the French Super Cup showpiece earlier in July seems to have left some scars on Nantes. Last season’s Coupe de France winners could only manage an uneventful scoreless draw away to Angers in their curtain-raising 2022/23 Ligue 1 fixture last time out. Nantes’ bid to get off the mark this term faces another formidable challenge in the form of Lille, a side they have failed to score against across four of their five most recent top-flight H2Hs (D1, L4). There’s a silver lining for ‘Les Canaries’ faithful as Nantes put together a four-game unbeaten home league streak down the final stretch of last season (W2, D2) while only losing once in home Ligue 1 action in 2022.

If you’re looking for an omen, Nantes’ solitary top-flight defeat at home this calendar year came at the hands of Lille of all teams. New manager Paulo Fonseca could not have hoped for a better start to his Ligue 1 experience as his Lille side netted twice within the opening three minutes to sink newly-promoted Auxerre 4-1 in their 2022/23 curtain-raiser. Fonseca’s new task will be to improve Lille’s troublesome away form that saw them register just one win from their final four Ligue 1 travels at the tail-end of last season (D1, L2). Since three of those four fixtures featured over 2.5 total goals, you’d be right to assume a high-scoring theme could be the order of the day at the Stade de la Beaujoire. 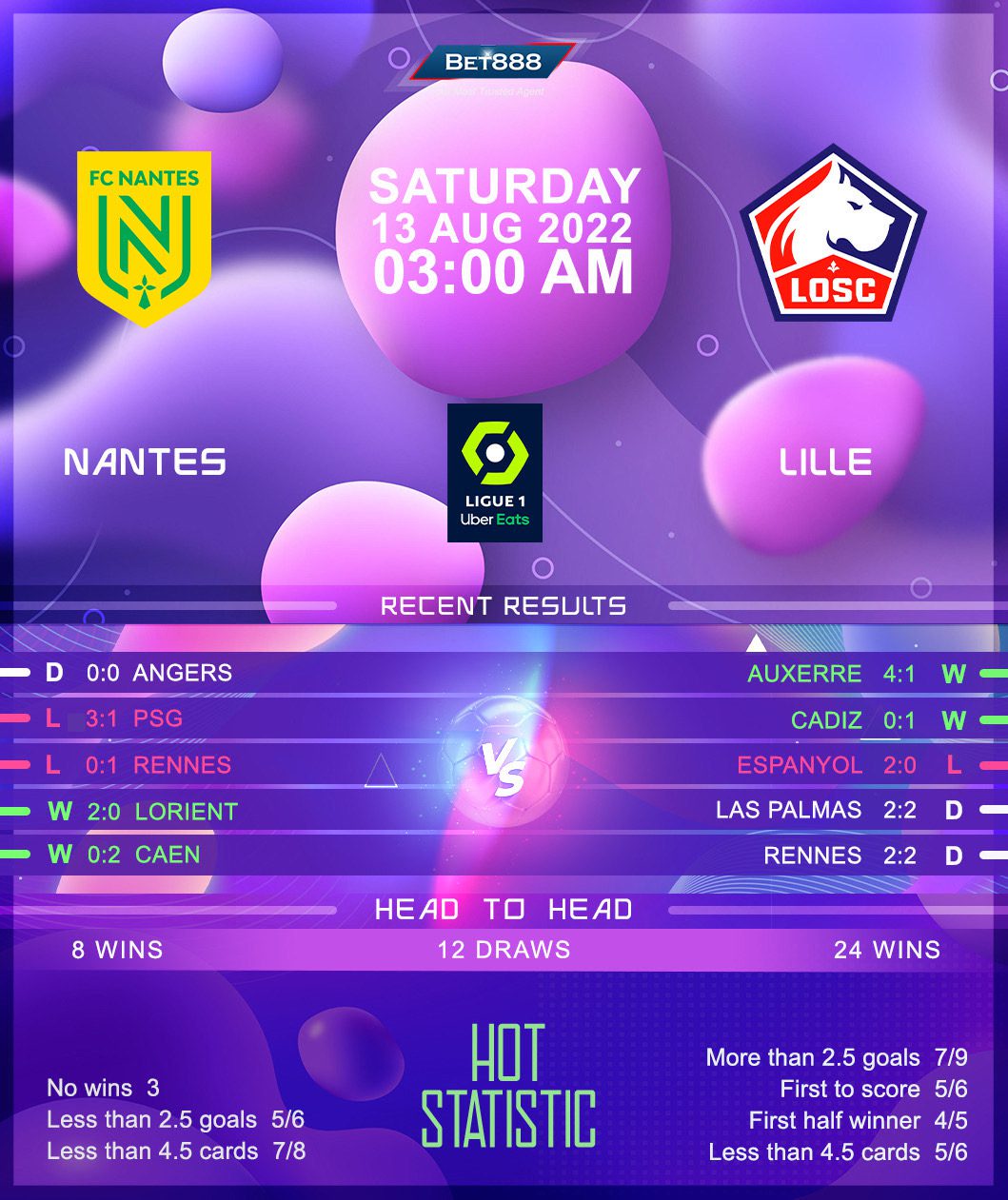