Portugal’s bid to lift the World Cup title for the first time continues at Al Thumama Stadium as they encounter Morocco in a tasty-looking quarter-final tie.

After upsetting the odds to reach the 2022 World Cup knockouts as Group F winners (W2, D1) ahead of Croatia and Belgium, Morocco went one step further in the round of 16. A dramatic penalties triumph over Spain following a goalless draw in 120 minutes saw the ‘Atlas Lions’ become the first Arabic nation to advance into the World Cup quarter-finals. On top of that, it marked Morocco’s third clean sheet in four matches in Qatar, a feat no other African nation has achieved before. Having taken their clean-sheet tally at World Cups to six, the Moroccans could equal Nigeria’s outright record for most shutouts registered by an African country at the tournament (7). That’s a realistic prospect, considering Regragui’s men have not conceded in seven of their last eight internationals.

On the other hand, Portugal first claimed a top spot in Group H with a game to spare (W2, L1) before putting on a show against Switzerland in the round of 16 to pick up their first World Cup knockout win in 16 years. Fernando Santos’ odd choice to bench his talismanic captain Cristiano Ronaldo and hand Goncalo Ramos his first full World Cup debut paid massive dividends. Indeed, the Benfica striker registered a hat-trick to inspire the ‘Selecao’ to a mammoth 6-1 triumph over the Swiss, firing Portugal into the World Cup quarter-finals for the third time. If you’re looking for an omen, the Euro 2016 winners have made it out of this stage in both previous appearances, though their balanced H2H World Cup record against Morocco (W1, L1) blows this tie wide open. 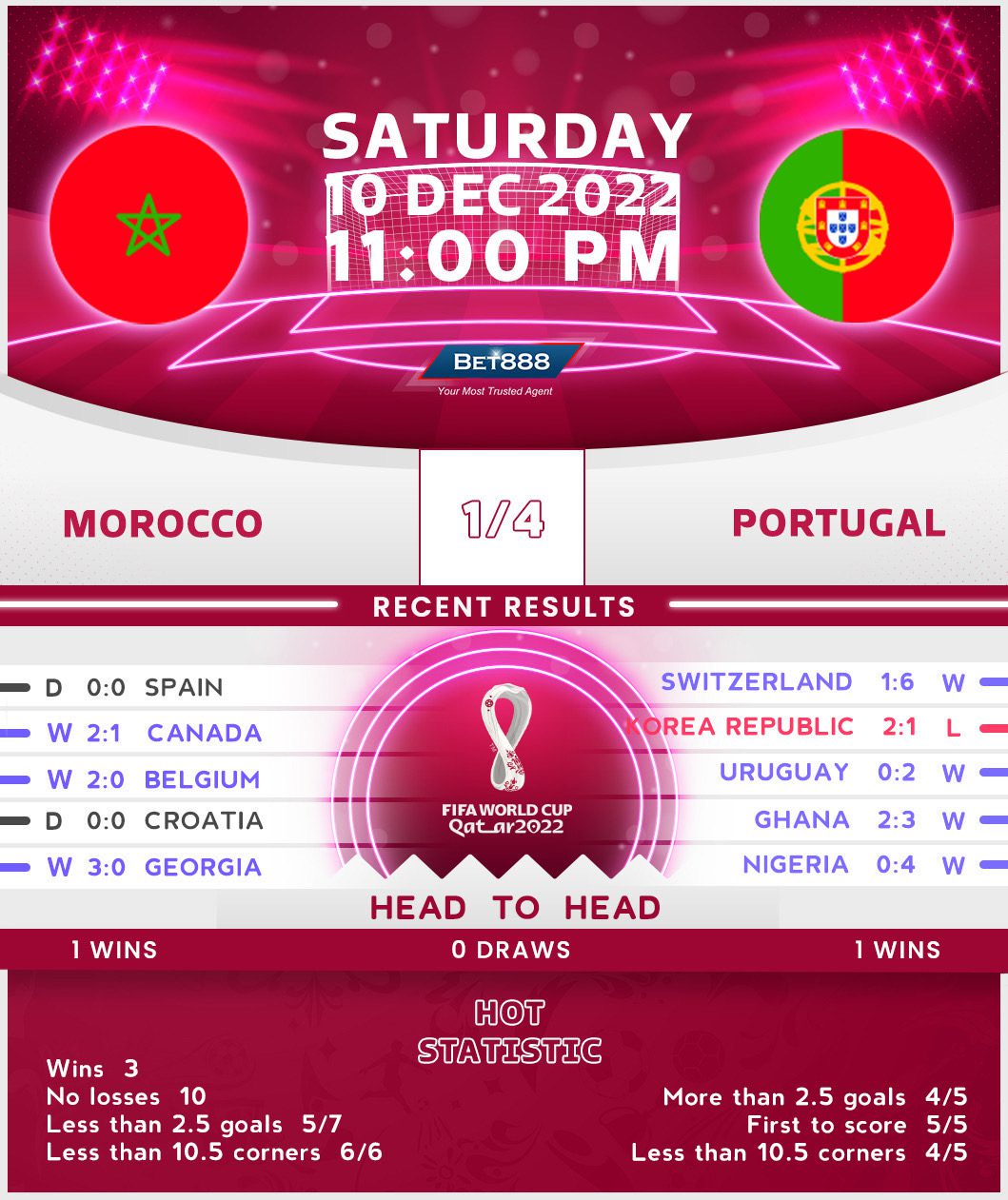