Eight-time French champions Monaco enjoyed a stellar ending to the 2021/22 Ligue 1 campaign as an outstanding 11-game unbeaten league run (W9, D2) catapulted them into the Champions League playoffs. After undergoing drastic changes in personnel over the summer, ‘Les Monégasques’ will be looking to maintain their three-game winning home streak in the Champions League third-round playoff legs. Since their last third-round elimination in 2005, the French giants have progressed into the playoff final from every subsequent attempt. There’s plenty of reason for optimism in the Monaco camp ahead of the kick-off, especially considering they’ve only lost two of their 12 continental meetings with Dutch opponents (W6, D4). Ominously, though, both defeats arrived at the hands of PSV of all teams.

In the meantime, new PSV Eindhoven boss Ruud van Nistelrooy made a dream start to his senior management career, guiding his side to an overwhelming 5-3 Dutch Super Cup triumph over arch-rivals Ajax last time out. The ‘Peasants’ will show up in the French principality in a confident mood after going unbeaten in eight of their last ten Champions League qualifying fixtures (W7, D1). But for what it’s worth, PSV’s most recent road trip in the competition’s playoffs produced a 2-1 elimination to Portuguese powerhouse Benfica. PSV’s overall European record against French clubs does not look promising by any stretch of the imagination (W9, D14, L11). Yet, their H2H record against Monaco is perfectly balanced (W2, D2, L2), with five of those six encounters seeing one side lead 1-0 at halftime. 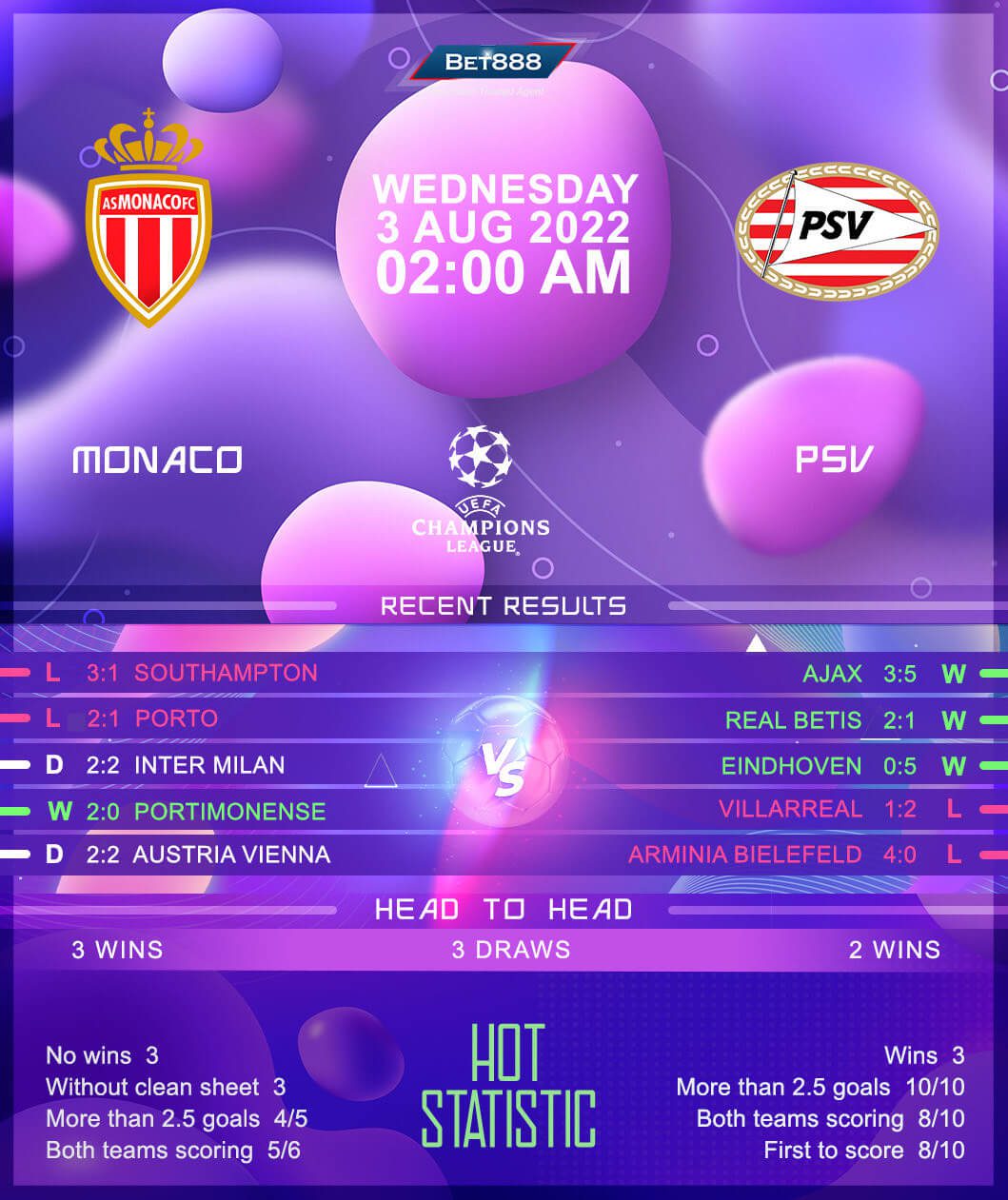