Mexico and Canada will lock horns at the NRG Stadium in an intriguing 2021 CONCACAF Gold Cup semi-final encounter.

Mexico have hit the ground running at the Gold Cup following a dismal goalless draw with Trinidad & Tobago in their tournament opener, winning their subsequent three outings by an aggregate score of 7-0. The record-time Gold Cup winners and pre-tournament favorites eased past Honduras in the quarter-finals, claiming an overwhelming 3-0 victory to stroll into their 13th Gold Cup semi-final. ‘El Tri’ tend to take control of the game early on, as witnessed by the fact 42.86% of their Gold Cup goals scored this summer arrived between the 15th and 30th minute of play. Overall, Gerardo Martino’s men have been a force to be reckoned with lately, losing just a single game in regulation time across their last 22 international fixtures (W16, D5). After winning four consecutive competitive H2H meetings, Mexico will be confident of breaking into their second successive Gold Cup final.

On the other hand, Canada swept Costa Rica aside with a comfortable 2-0 quarter-final triumph to bounce back from a 1-0 loss to the United States and post their third win in four Gold Cup fixtures this summer. Canada’s first appearance in the Gold Cup semi-finals came on the back of some dazzling attacking displays that saw the ‘Canucks’ net ten times in four games in the competition. The two-time winners will need to maintain that free-scoring form here after bagging under 1.5 goals in five of their last seven Gold Cup knock-out fixtures. John Herdman’s men have been nothing short of outstanding in 2021 so far, winning nine out of ten internationals (L1) while returning a resounding +37 goal difference for their trouble (GF:41, GA:4). Worryingly, though, Canada’s quarter-final success remains their solitary clean sheet in their last five Gold Cup matches. 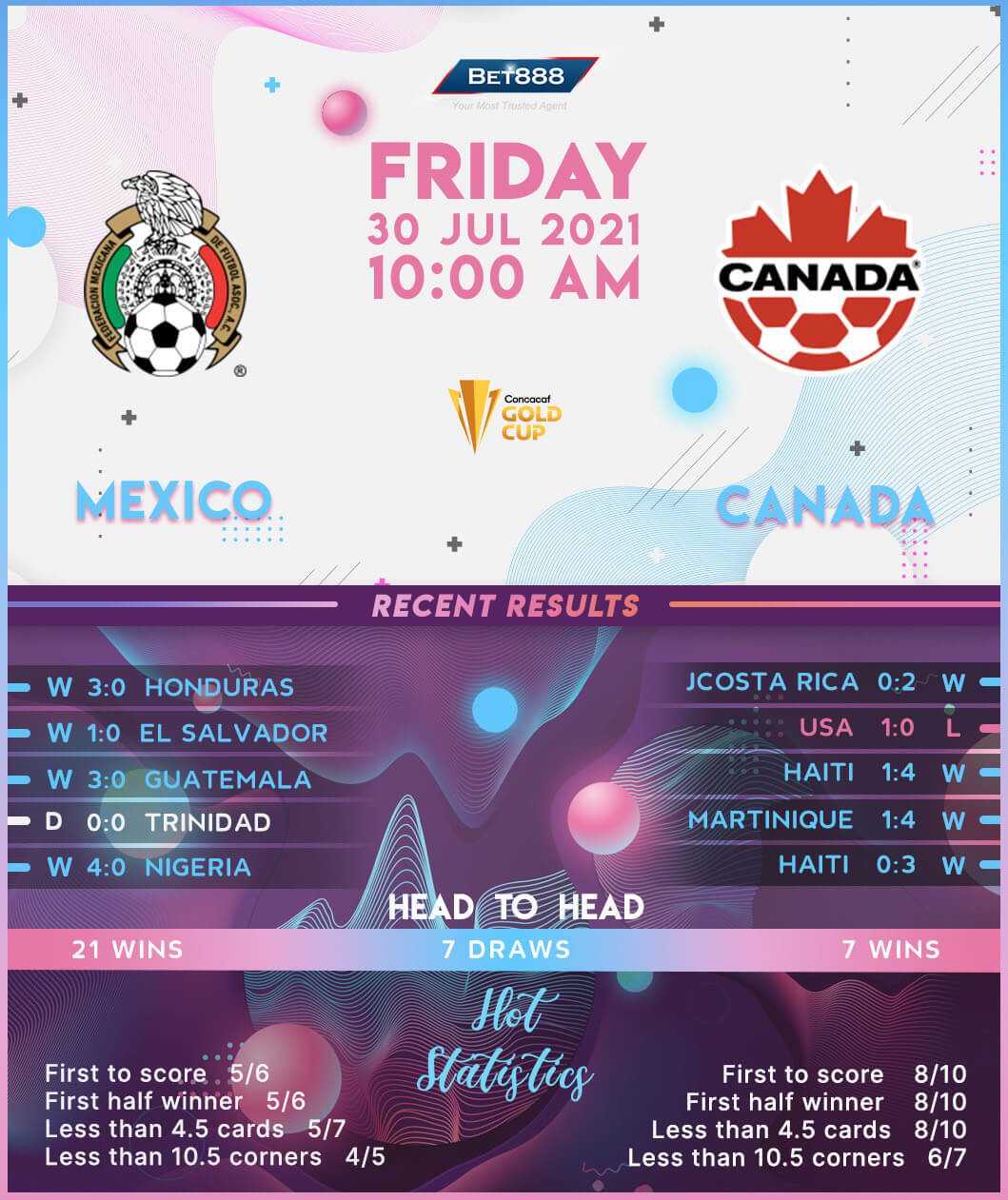