Marseille claimed a come-from-behind 3-1 home win over Lorient at the weekend to stretch their winning streak in all competitions to seven games and maintain a five-point deficit on Ligue 1 pacesetters PSG. Conviction has not been missing either, with four of Marseille’s last five competitive triumphs yielding multi-goal margins, including three in a row in the lead-up to this clash. Igor Tudor’s men have turned their home fortunes around too, going from three consecutive defeats at the Velodrome to three victories on the trot, averaging 3.33 goals per win. Rennes’ visit is unlikely to knock them off their perch, as ‘Les Olympiens’ have not lost any of their last five competitive H2Hs on home soil (W2, D3).

On the other hand, Rennes blew the Ligue 1 title race wide open last weekend, courtesy of a stunning 1-0 home victory over perennial champions PSG. However, Bruno Genesio’s men have blown hot and cold across five competitive fixtures since club football’s resumption in December (W3, L2), with three of those five results (win/loss) featuring an identical 2-1 scoreline. Worryingly, though, since a 1-0 Europa League win at Dynamo Kyiv in mid-October, ‘Les Rennais’ have failed to keep a clean sheet on their last six road travels in all competitions (W2, D2, L2). But with five of those six games containing over 2.5 total goals, a high-scoring event could be on the cards at the Velodrome. 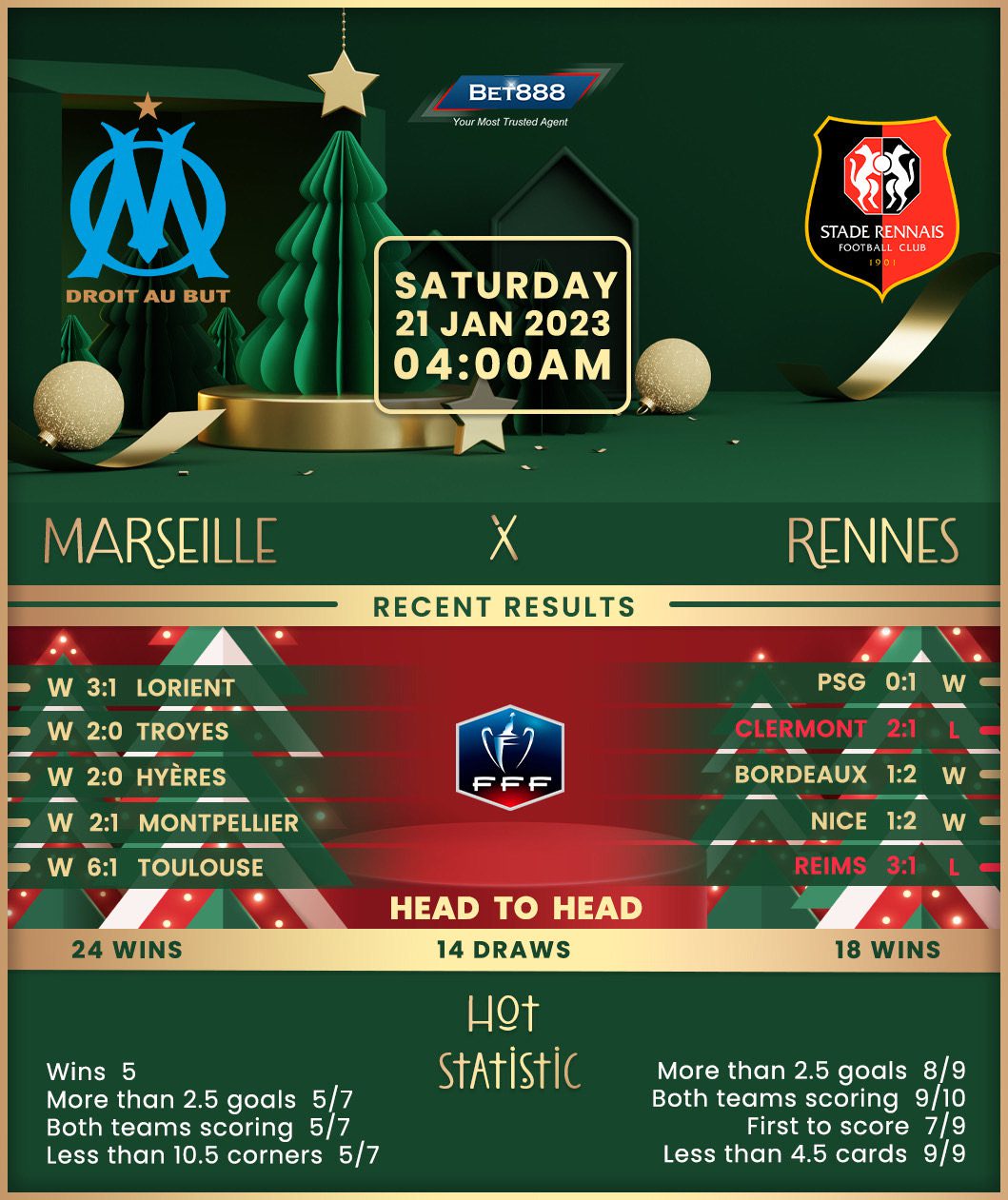