Stade Velodrome is the venue as Marseille and Reims go head-to-head in their opening 2022/23 Ligue 1 match.

Despite guiding Marseille to their first top-two finish in a fully completed Ligue 1 season since 2012/13, Jorge Sampaoli decided to sever ties with the club over the summer. A lack of transfers that initiated the Argentine’s departure and Igor Tudor’s appointment does not bode well for Marseille’s bid to extend their four-game unbeaten Ligue 1 run against Reims (W2, D2). A bad omen hides here as the last time ‘Les Olympiens’ met this opposition in a curtain-raising Ligue 1 fixture at home back in 2019/20, they lost 2-0. On top of that, Tudor’s ongoing altercations with some first-team regulars saw Marseille go unbeaten in their final four pre-season outings (D1, L3), with each defeat in that sequence coming by 2+ goals ‘to nil.’

As for Reims, last season’s 12th-placed Ligue 1 finsh failed to convince prodigious forward Hugo Ekitike to turn down an offer from PSG. After losing their most prolific player of 2021/22, ‘Les rouges et blancs’ will face an uphill task to better last season’s scoring average of 1.13 goals per game. The recent injury of marquee summer signing Junya Ito casts further doubt on Reims’ effort to extend an eye-catching four-game unbeaten Ligue 1 streak at the Stade Velodrome (W1, D3). But the visitors’ habit of starting well in the French top-flight comes in handy, with Oscar Garcia’s side going unbeaten in all four Ligue 1 openers since last earning promotion (W2, D2). 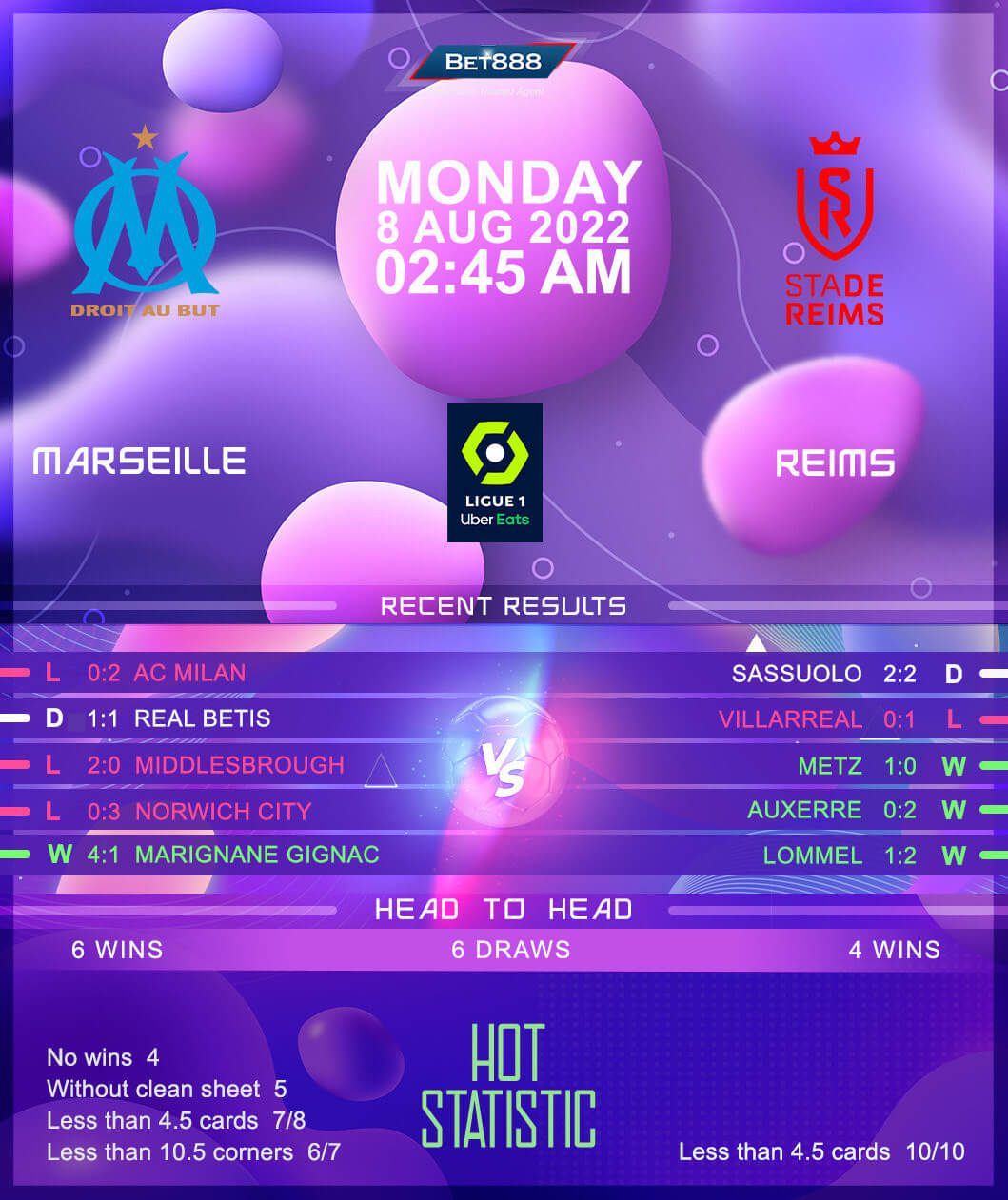