Old Trafford is the venue as Manchester United and Rayo Vallecano lock horns in the home side’s ultimate pre-season friendly.

Despite fielding his best starting XI, Erik ten Hag suffered his first pre-season defeat with Manchester United, as Atletico Madrid eked out a narrow 1-0 win in yesterday’s friendly. Before coming back to Europe to complete their pre-season preparations, Man Utd had gone from strength to strength during their Australian Tour, racking up three wins from four matches (D1), all of which came by multi-goal margins, including a 4-0 thrashing of Liverpool. Ten Hag’s non-competitive touchline debut at Old Trafford comes amid Man Utd’s decent home form that has seen them alternate between winning (2) and drawing (2) across their last four home outings.

On the other hand, Rayo Vallecano could only manage an underwhelming mid-table La Liga finish last season, yet they have shown signs of improvement this summer. After suffering a disheartening 3-0 defeat to Bundesliga side Freiburg in their opening pre-season friendly, the Spaniards have racked up a three-match unbeaten streak (W2, D1), netting precisely twice on each occasion. Delivering action from the offset, Andoni Iraola’s men have got on the scoresheet within 30 minutes of play in two of their last three games. Excluding matches played on neutral soil, ‘Los Franjirrojos’ have netted under 1.5 goals in their five previous away outings, averaging 0.6 goals per fixture. 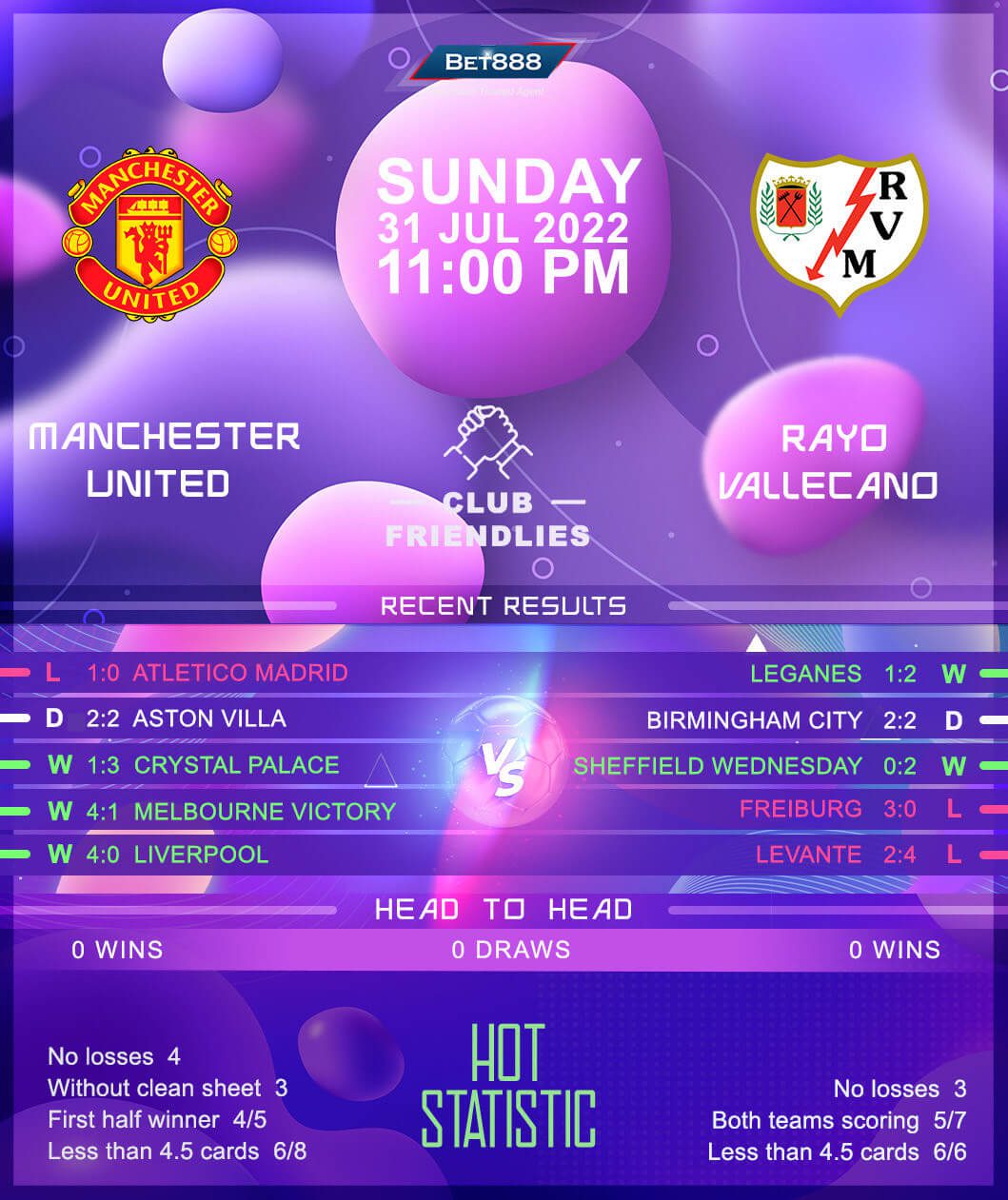