Jose Mourinho will probably have the one last opportunity to save his job as Manchester United prepare to face-off against Newcastle United at the Old Trafford.

The Red Devils’ dreams of wrapping up the Premier League title for the first time since the departure of Sir Alex Ferguson already seems to be fading away, considering they trail the Premier League leaders by nine points. The 3-time Champions League winners struggled to achieve a victory in the last four games in all competitions, suffering a shock Carabao Cup elimination by Derby County in the process. Mourinho’s side were held to a 0-0 draw to Valencia in midweek’s Champions League clash, which infuriated the fans additionally after a frustrating 3-1 loss to West Ham United last weekend. In case United miss out to win this weekend, the Portuguese manager may have to look for new accommodation.

Rafael Benitez’s situation at the St James’ Park is quite similar to Mourinho’s one, as the Magpies currently reside in the danger zone with a -6 goal difference. Besides, the Tynesiders are yet to secure a victory after the opening seven Premier League rounds, and with four defeats in the past five games, Benitez’s job has been put on the line. Newcastle’s only league points this season arrived after two scoreless draws Cardiff City and Crystal Palace, while they’ve failed against four top-five placed teams, having lost to Arsenal, Chelsea, Manchester City, and Tottenham Hotspur.

Marcos Rojo, Ashley Young, Ander Herrera, and Jesse Lingard are ruled out in the home team, while Paul Dummett, Florian Lejeune, Federico Fernandez, and Salomon Rondon won’t be jetting off with the rest of Newcastle squad. 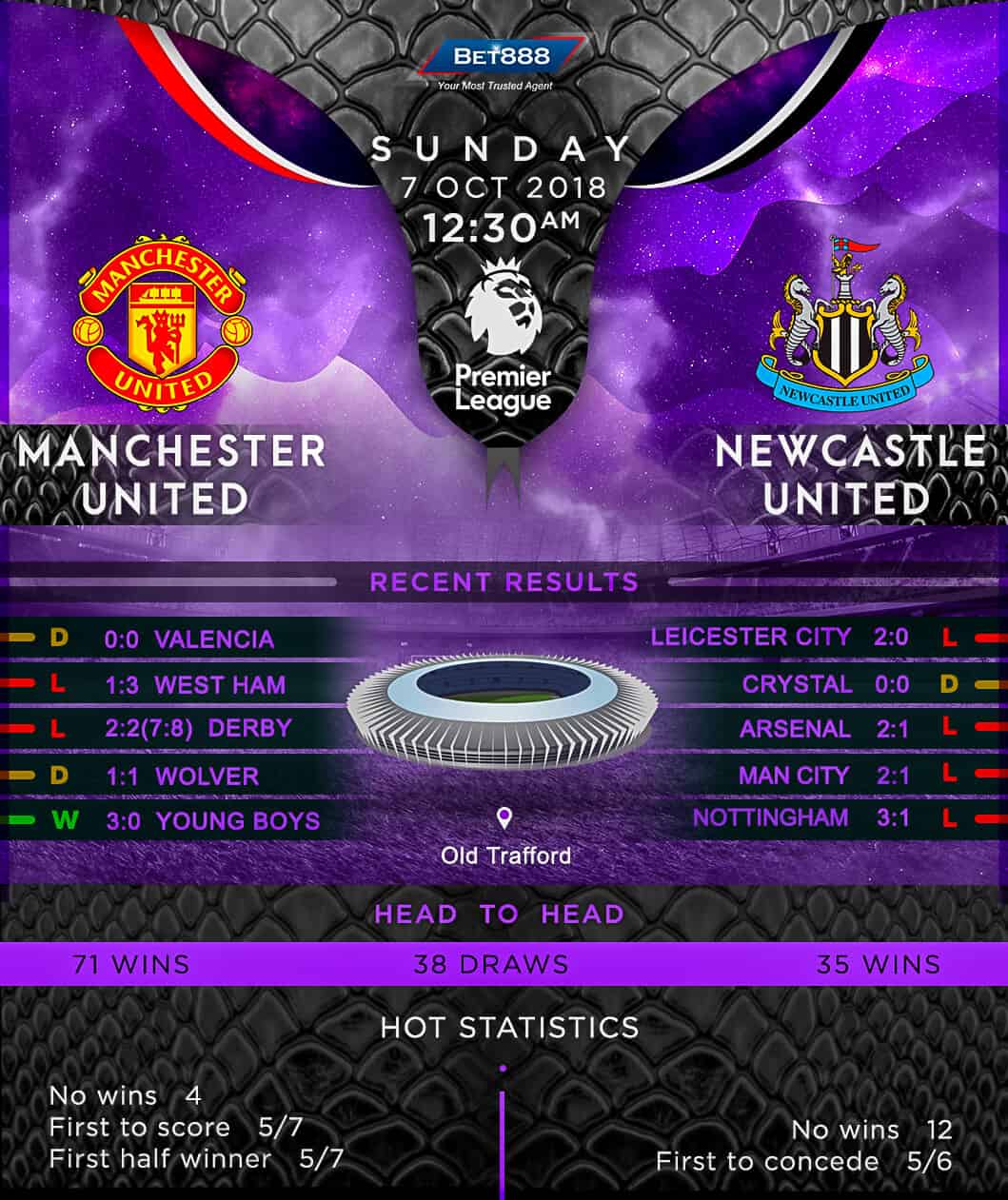