Old Trafford forms the backdrop for the 52nd edition of the Manchester derby in the Premier League, as Manchester United and Manchester City go head-to-head in a blockbuster fixture.

Manchester United have returned to domestic action after the World Cup with a bang, winning all six competitive matches by an aggregate score of 15-1, including a 3-0 demolition of third-tier Charlton Athletic in midweek League Cup action. Erik ten Hag’s men have been scoring for fun lately, netting precisely three goals in four of those six games to set themselves up nicely for this revenge-poised encounter. Indeed, the ‘Red Devils’ have lost their last three Premier League meetings with Man City by multi-goal margins, including an embarrassing 6-3 defeat in the reverse fixture. Faced with the risk of suffering a Premier League double to cross-town rivals for the sixth time, Man Utd can bank on their sublime home form, having won their last nine competitive outings at Old Trafford.

On the other hand, Manchester City’s confidence took a massive boost in midweek League Cup action as Premier League basement boys Southampton crashed them out of the competition (0-2). Back to Premier League duties, where they’ve alternated between winning (2) and not winning (D1, L1) across their last four games, the ‘Cityzens’ must rally their troops immediately. With pacesetters Arsenal five points clear at the top, Pep Guardiola’s men are in a must-win situation on the Spaniard’s landmark day. Guardiola will celebrate the 500th top-flight game of his illustrious managerial career, hoping to extend Man City’s decent run of three straight Premier League away victories. Since two of those three wins yielded an identical 1-0 scoreline, the visitors may play with their fans’ nerves again. 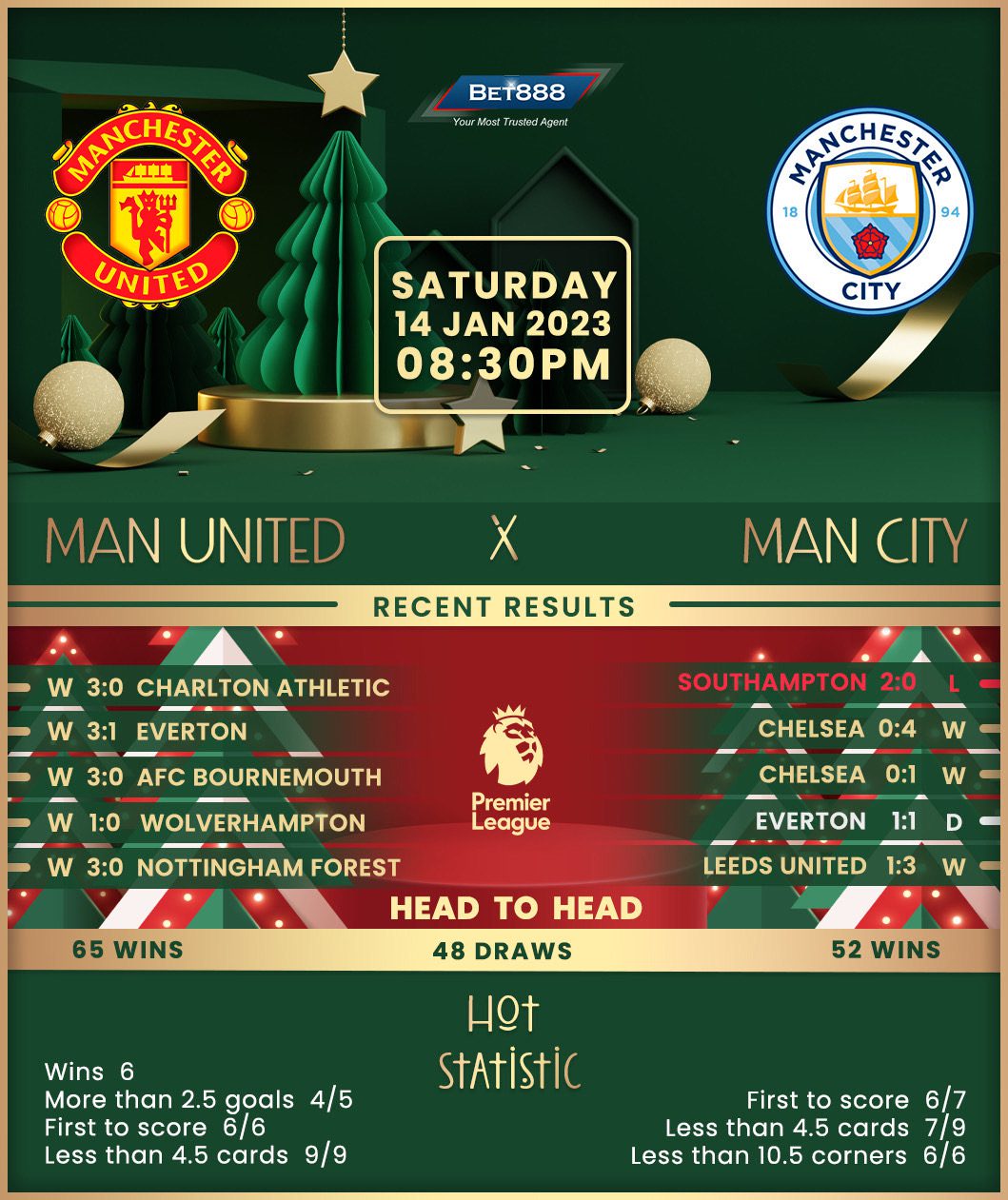