Old Trafford is the venue as Manchester United and Crystal Palace go head-to-head in a highly-anticipated Premier League encounter.

The now ex-caretaker manager Michael Carrick navigated Man United to a come-from-behind 3-2 home win over Arsenal last time out to complete his brief three-game tenure without defeat (W2, D1). It’s now up to the new interim boss Ralf Rangnick to pick up where his predecessor left off, as the ‘Red Devils’ aim to snap a two-game losing top-flight H2H streak at Old Trafford. United failed to beat Palace in both last season’s Premier League H2Hs (D1, L1) and could go winless against them in the top-flight for the first time since a run of four between 1925 and 1970. Rangnick’s first task will be to shore up United’s defensive holes, with the three-time European champions failing to keep a clean sheet in any of their last 15 home league matches, their second-worst such streak in the club’s history.

On the other hand, after a run of seven Premier League games without defeat (W5, D2), Crystal Palace have lost their last two league outings by a single-goal margin. That’s still an improvement compared with Palace’s previous top-flight losses, as ten of their 11 Premier League defeats beforehand featured a losing margin of 2+ goals. Tucked in mid-table comforts, the ‘Eagles’ have failed to hit the ground running on the road this season, picking up just one win from their seven Premier League away matches to date (D3, L3). Notably, though, following a heroic 2-0 win over Manchester City at the Etihad in late October, Palace could become the first London side to beat both Manchester clubs away from home in a single league season since Arsenal in 1990/91. 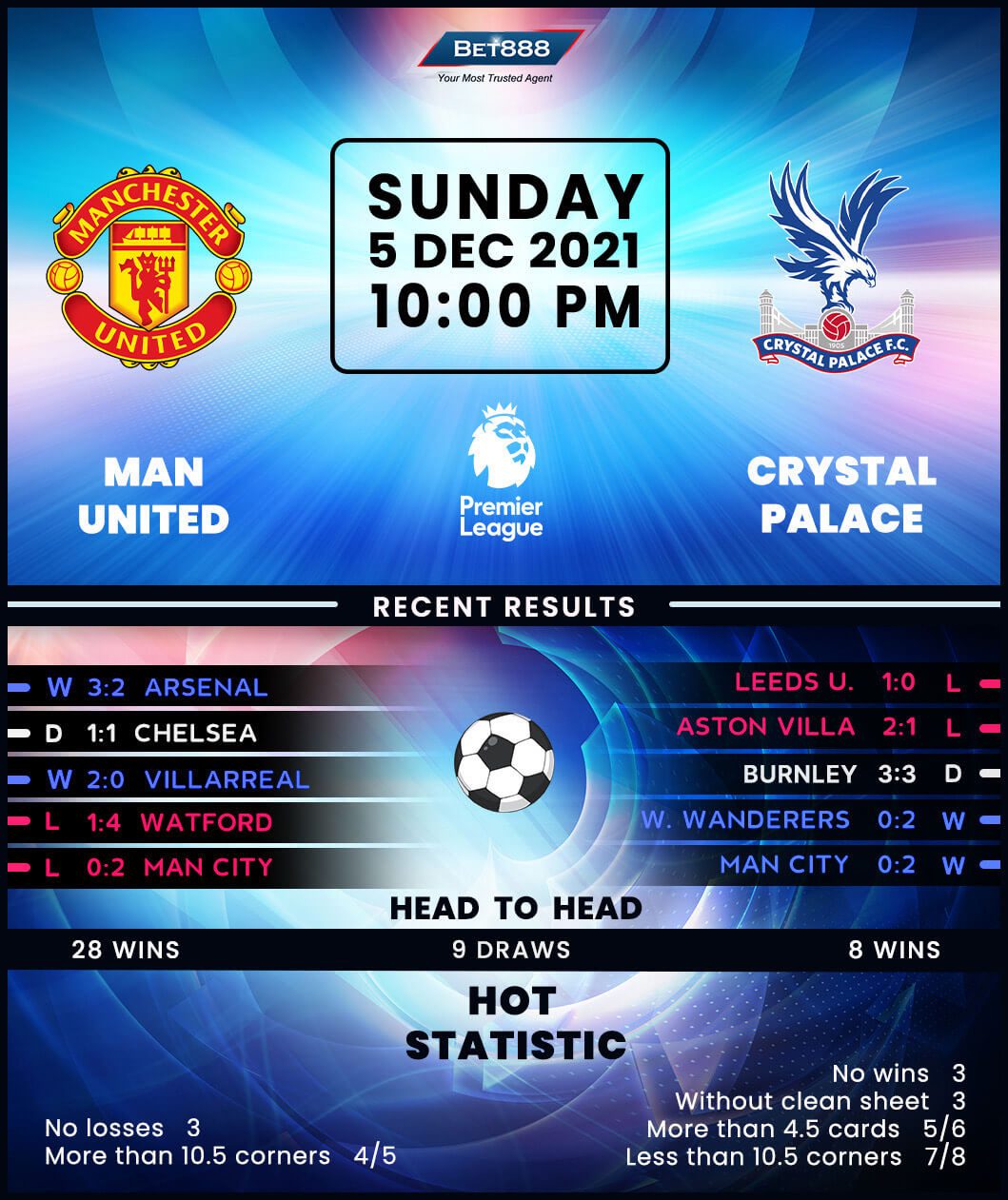