Despite losing both mid-season friendlies to sub-par rivals Cadiz and Rayo Vallecano, Manchester United will be confident of navigating this tie, with their World Cup stars back to the fold now. Erik ten Hag’s men thrashed Aston Villa 4-2 in the last Carabao Cup round despite trailing twice in the second half and went on to claim a last-gasp 2-1 victory at Fulham in their most recent Premier League outing. Hellbent on advancing into the next cup round, the ‘Red Devils’ can draw confidence from winning all five previous Carabao Cup ties against Burnley. However, there’s no room for complacency, with Man Utd finding themselves on the losing side in three of their last four home outings in the Carabao Cup, as many defeats as they had in their previous 36 at Old Trafford.

On the other hand, visiting Burnley may be pre-match underdogs, yet a four-game winning streak in domestic football should fill the ‘Clarets’ with confidence. Since dispatching lower-league Crawley Town 3-1 in the previous Carabao Cup round, Vincent Kompany’s men have gone from strength to strength, racking up a three-game winning run in the Championship. Still, though they are leading the way in England’s second-tier competition, Burnley must be aware of their underwhelming recent record at Old Trafford. They have lost their last two league visits to this venue via an identical 3-1 scoreline, while they’ve only managed a mere one victory across their 23 previous H2Hs at the Theatre of Dreams, all competitions included (D8, L14). 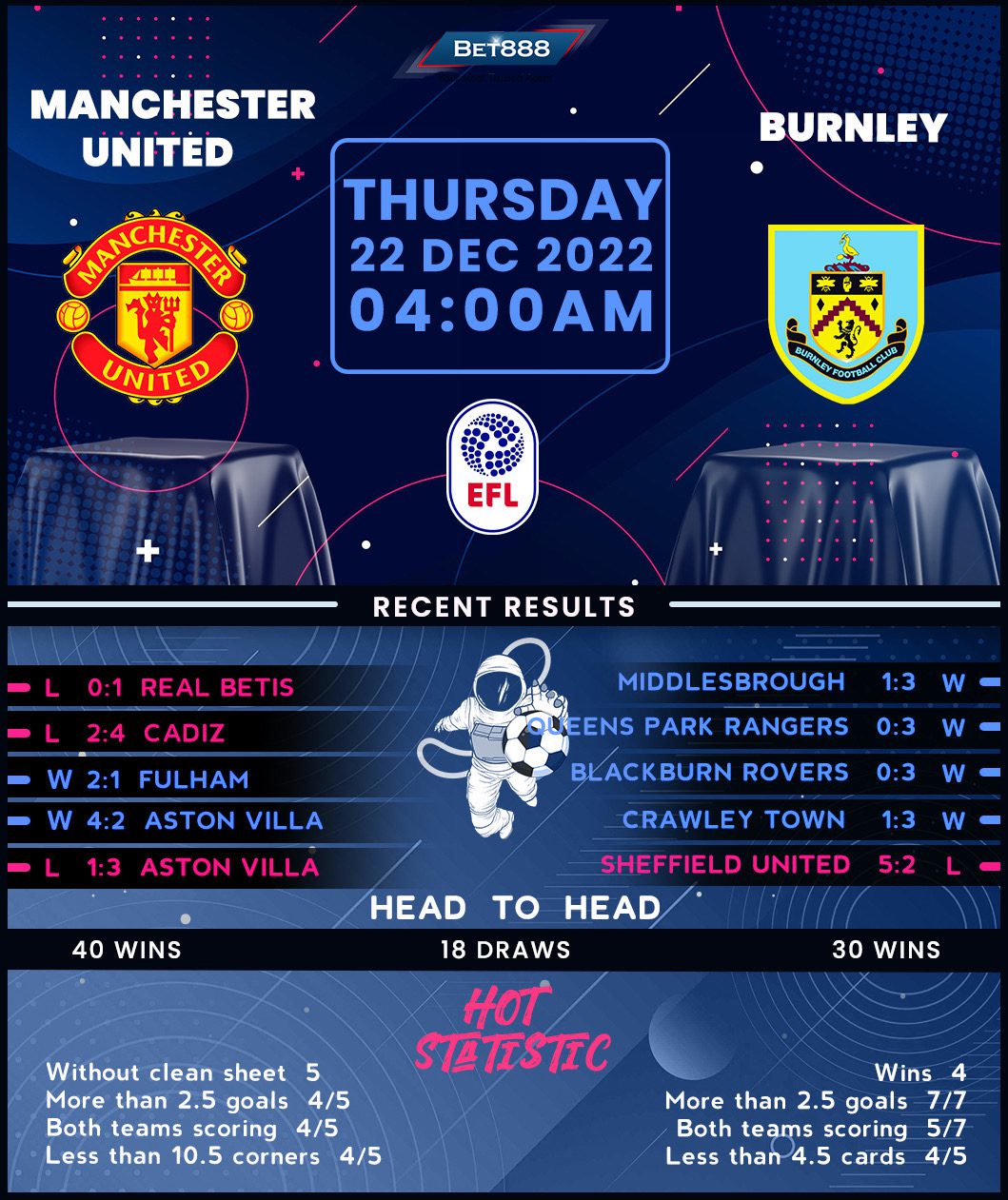