Old Trafford is the venue as Manchester United and Brighton & Hove Albion go head-to-head in their opening 2022/23 Premier League encounter.

Erik ten Hag’s new Premier League adventure starts against a Brighton side that thrashed Manchester United 4-0 in their most recent top-flight H2H. However, the ‘Red Devils’ have never lost a competitive home match against this opposition (W12, D2), which sounds like an omen. A lack of consistency down the final stretch of last season saw Man Utd alternate between winning (5) and drawing (4) across nine Premier League outings at Old Trafford. Yet, they have failed to secure all three points in five of their last six league games (D1, L4), including two reverses in a row to cap off the 2021/22 season. Another defeat here would see Man Utd lose three consecutive top-flight fixtures for the first time since December 2015.

On the other hand, Brighton went from strength to strength at the tail-end of last season, going unbeaten in five successive Premier League matches (W3, D2). But after losing their eight previous competitive visits to Old Trafford, the ‘Seagulls’ would be right to worry about their hopes of starting the new season on the right foot. Brighton’s mixed starts to new Premier League campaigns have seen none of their five top-flight curtain-raisers finish as a draw (W2, L3). It’s worth noting, though, that 57% of Brighton’s Premier League points last season arrived away from home. On top of that, Graham Potter’s side came out victorious in six of their eight league travels when breaking the deadlock in the 2021/22 campaign (D1, L1). 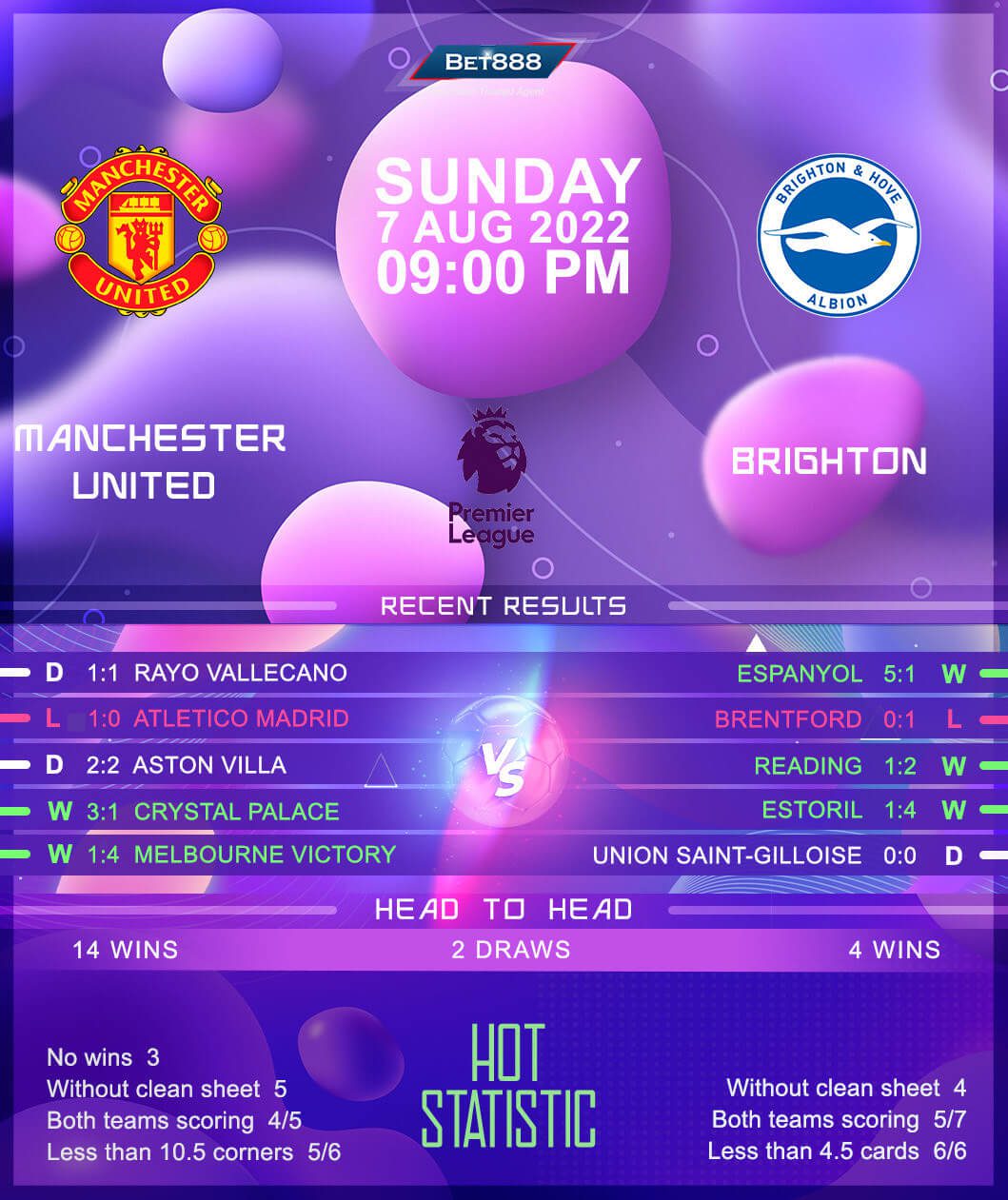