Days after being thumped 3-1 at Villa Park in the Premier League, Manchester United will be keen to avenge their first top-flight loss in Birmingham after 29 successive away H2Hs without losing. United ran out 1-0 victors when the two sides met in last season’s FA Cup match at Old Trafford to post their second win in three competitive H2Hs on home turf (L1). Worryingly for manager Erik ten Hag, the ‘Red Devils’ have lost their last two League Cup games without scoring and could make it three defeats on the trot in the competition for the first time since 1981. But after racking up four wins and a draw in their last five competitive home fixtures and not conceding once, Man Utd’s bid to exact their vengeance on Villa looks rock-solid.

Meanwhile, former Arsenal boss Unai Emery painted his second touchline debut in the Premier League with flying colours by making light work of Man Utd. However, the Spaniard now needs to defy Aston Villa’s abysmal five-match winless away run in domestic football (D2, L3), which embarked on the back of a 4-1 drubbing of lower-league Bolton Wanderers in the last League Cup round. It’s worth noting that the visitors have failed to get on the scoresheet in three of their four most recent games on hostile turf. Yet there’s a piece of history backing the ‘Lions’ for success here, with Villa progressing beyond both previous League Cup third-round ties against Man Utd, most recently in 1999/2000. 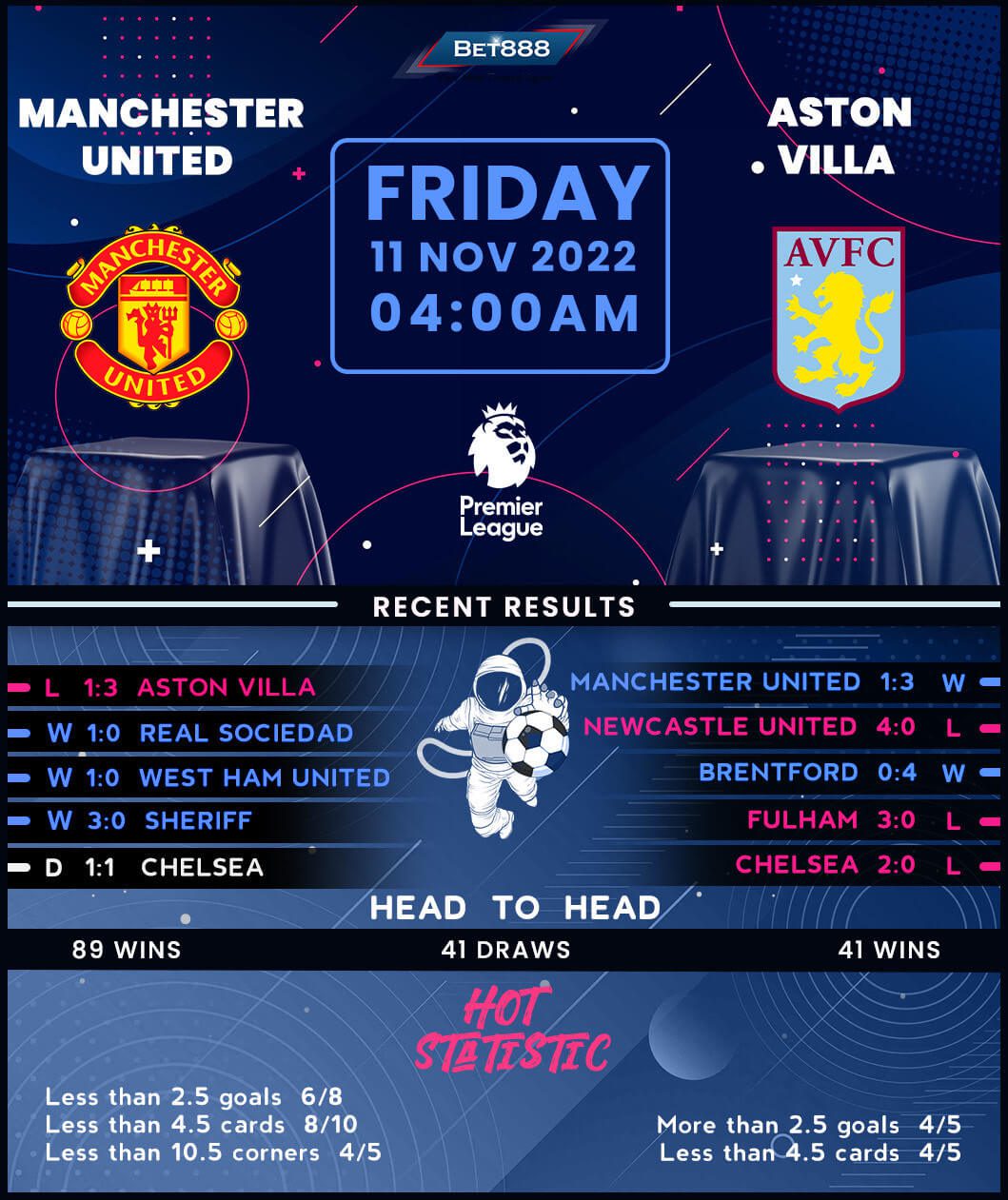