An underwhelming 1-0 loss at Tottenham on the opening Premier League weekend served as a wake-up call as Manchester City have won their subsequent three top-flight matches by an aggregate score of 11-0. Pep Guardiola’s side will be looking to keep that momentum going here as they hope to bounce back from last season’s Champions League final heartbreak against domestic rivals Chelsea. Though this will be their first-ever meeting with Leipzig, the reigning English champions are confident of getting their European campaign off to a flyer, having won each of their last four UEFA-sanctioned encounters against German opponents. Furthermore, since succumbing to a narrow 1-0 defeat to Lyon in their 2018/19 Champions League curtain-raiser, the ‘Citizens’ have gone unbeaten in their subsequent 17 games in the Champions League group stage (W13, D4).

Meanwhile, Leipzig, who bowed out of last season’s Champions League last-16 at the hands of Man City’s fellow Premier League opposition Liverpool, head into this showdown as overwhelming underdogs. Julian Nagelsmann’s summer departure for Bayern Munich has left ‘Die Roten Bullen’ high and dry. New boss Jesse Marsch has lost three of his first four Bundesliga fixtures in charge (W1), including a 4-1 thumping to Bayern at the weekend. Things go from bad to worse for the visitors, who have suffered three defeats in their last four Champions League matches away from home (W1), drawing a blank in each reverse. One bright spot could be Leipzig’s perfectly-balanced overall European record against English clubs (W3, L3), though two of those losses came in their last two such contests, both of which saw the Germans fail to get on the scoresheet. 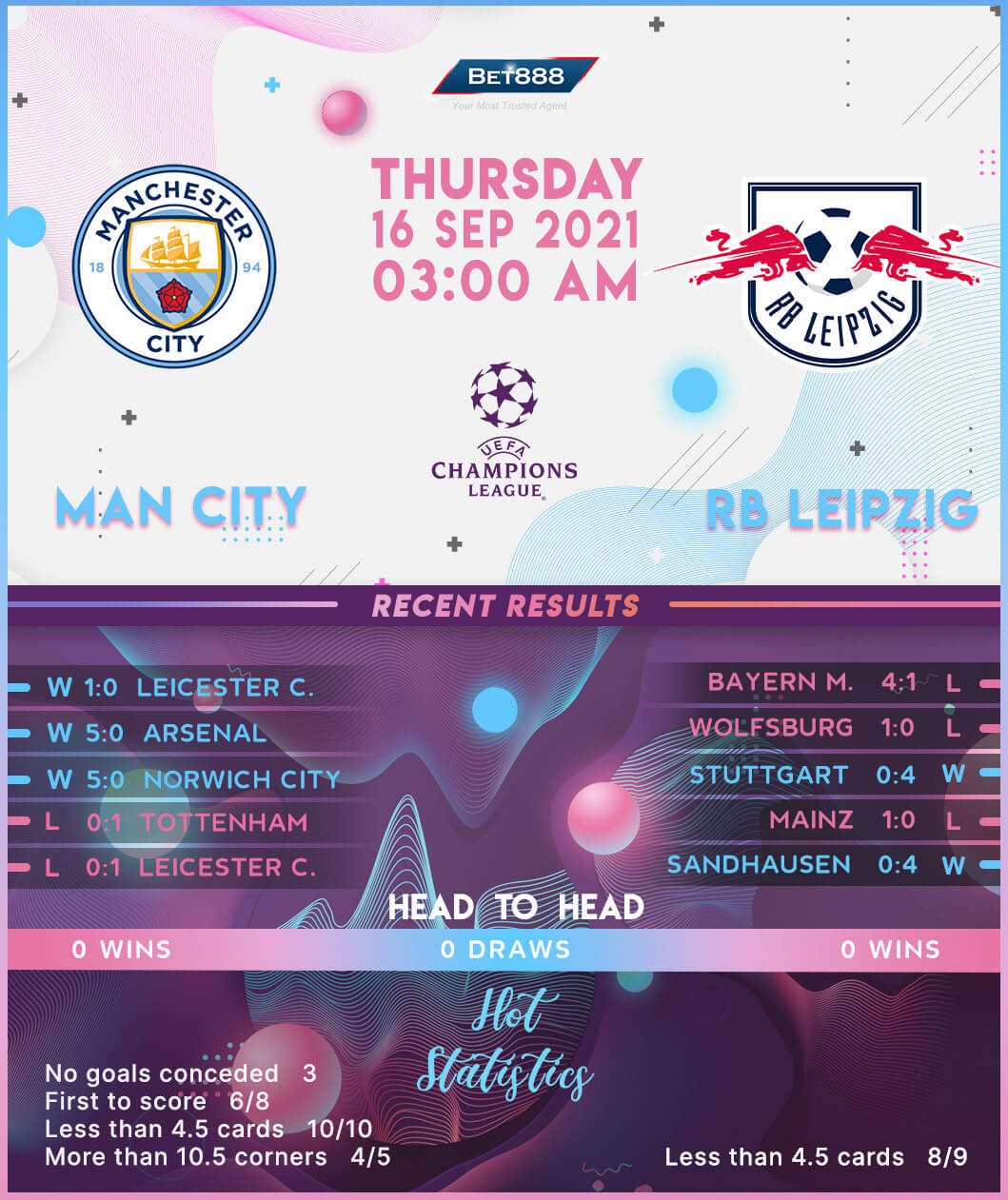