High-flying Manchester City will be looking to continue building their way to the top of the Premier League when they meet newly-promoted Nottingham Forest at the Etihad Stadium.

Despite finding themselves two goals down only 21 minutes into their weekend home clash against Crystal Palace, Manchester City battled back to register a sensational 4-2 victory and maintain their 100% unbeaten Premier League start (W3, D1). However, Pep Guardiola’s men have been dancing on the edge of a disaster lately, giving away a two-goal lead to their adversaries in four of their last six Premier League outings, albeit without losing a single one (W2, D2). Currently on a run of 20 straight Premier League wins on a Wednesday (European time), another triumph would see the ‘Cityzens’ equal the Premier League record for most consecutive wins on a specific day of the week! There’s a good chance the Etihad could witness history this midweek as Man City are unbeaten in their last four league meetings with Forest (W3, D1).

On the other hand, despite putting on arguably their best performance of the season, Premier League newcomers Nottingham Forest suffered a 2-0 home defeat to Tottenham Hotspur at the weekend. With just one win from their opening four league fixtures (D1, L2), the ‘Tricky Trees’ have fuelled talks of them being hot candidates to head back to the EFL Championship come May 2023. Though this is their first top-flight season in the new millennium, it’s worth mentioning that Forest have lost their last six visits to reigning Premier League champions via an aggregate score of 23-3. Given Man City’s free-scoring form and Forest’s undeniable defensive woefulness, you’d be forgiven for thinking that score could look drastically worse by the end of this week. 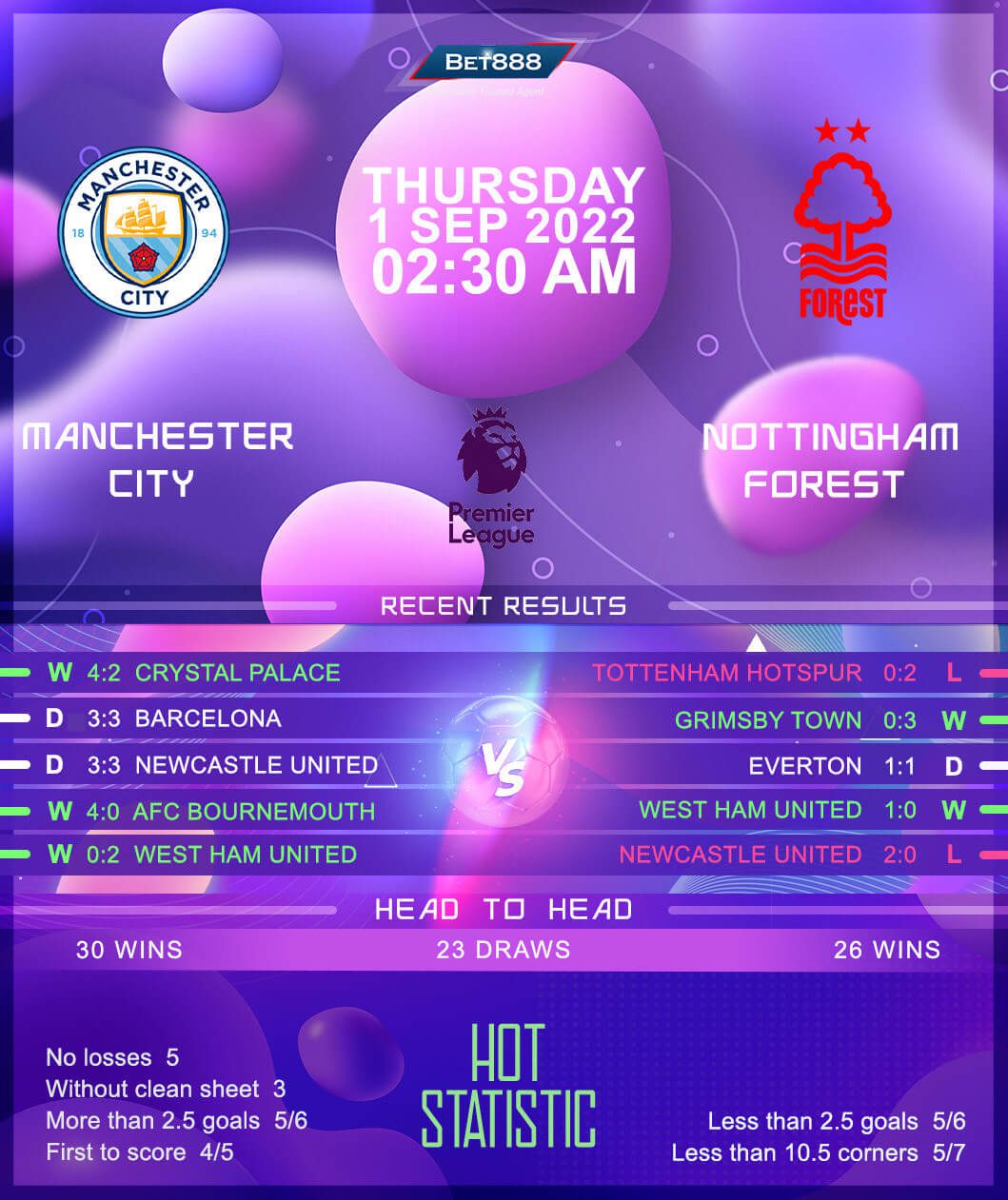