Manchester City’s bid to overhaul Arsenal at the top of the Premier League standings continues at the Etihad Stadium against promoted Fulham.

Manchester City came from a 1-0 halftime deficit to dismantle Sevilla 3-1 in midweek Champions League action, extending their unbeaten competitive streak to four matches (W3, D1). Without headline performer Erling Haaland, Pep Guardiola’s side eked out a 1-0 win at Leicester City last weekend to stay within a two-point distance of pacesetters Arsenal. However, Haaland’s impressive 17-goal league tally accounts for 46% of Man City’s Premier League goals this season (17/37), suggesting his absence could prove massive. Yet their recent Premier League form against visiting Fulham suggests otherwise, with the ‘Cityzens’ going unbeaten in their last 14 top-flight H2Hs (W11, D3). They’ve won each of the last nine in a row, including the five most recent ones without conceding.

In the meantime, Fulham failed to capitalise on a decent home showing against Everton last week (0-0), but they’ve still stretched their unbeaten Premier League run to four matches (W2, D2). Having clocked up 19 points from their opening 13 league outings this term (W5, D4, L4), the ‘Cottagers’ boast more points than they had at this stage in 2018/19 (8) and 2020/21 (9) combined. But there’s no room for complacency, considering Marco Silva’s men hve picked up just two wins on their last 15 Premier League road trips to take on reigning champions (D2, L11). Yet if you’re looking for an omen, three of Fulham’s four Premier League victories against Man City have come at the Etihad Stadium, albeit the most recent one dates back to 2009. 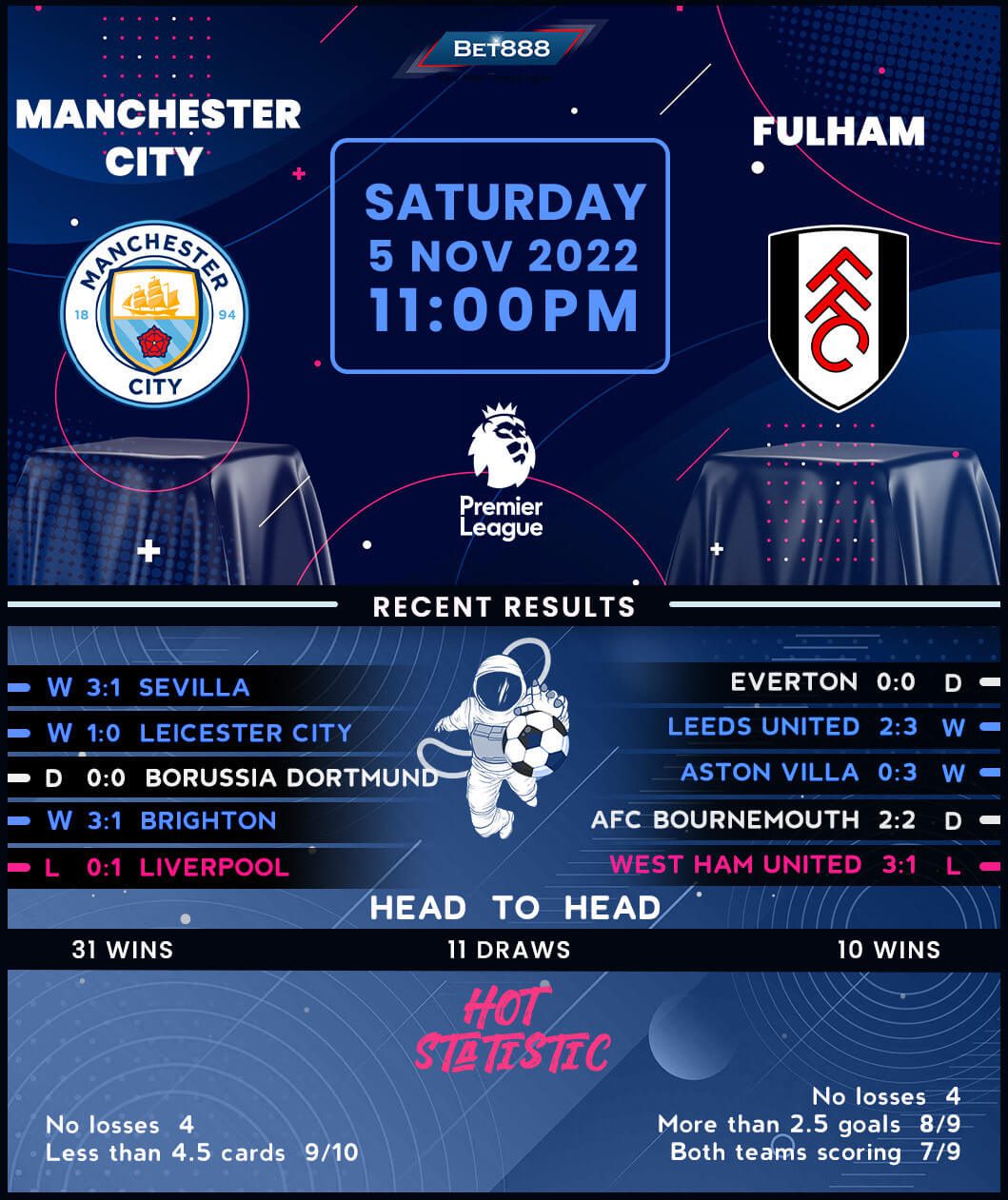