Manchester City and Borussia Dortmund are set to trade tackles at the Etihad Stadium in a mouth-watering Champions League showdown.

Inspired by Erling Haaland’s brace, Manchester City swept Sevilla aside with an overwhelming 4-0 win in Andalusia to get their Group G campaign off to a flying start. After being handed an extra rest period in domestic action, Pep Guardiola’s men are looking to maintain their two-game winning Champions League streak against Dortmund. Man City won both legs in their 2020/21 quarter-final tie via an identical score of 2-1, while they’ve racked up eight consecutive Champions League home matches against German visitors by an aggregate score of 30-9. On top of that, the ‘Cityzens’ are unbeaten in their last 20 Champions League outings at the Etihad (W18, D2) and are one game away from equalling the British record in the 21st century. That’s more than expected as they come into this encounter undefeated in eight straight competitive matches (W5, D3).

On the other hand, Borussia Dortmund eased past Copenhagen 3-0 in their Group G curtain-raiser but collapsed in the Bundesliga at the weekend, falling to a morale-damaging 3-0 defeat at RB Leipzig. Before falling apart at the Red Bull Arena, Edin Teriz’s team had won four consecutive away matches via an aggregate score of 10-2. ‘Die Borussen’ will be out to register their first Champions League victory on English soil since October 2013 and arrest a four-game losing away streak against Premier League hosts. That could be easier said than done against one of the leading candidates to lift the crown, yet Dortmund’s unpredictability on the road suggests this match-up could go either way. Interestingly, none of the German heavyweights’ last 17 Champions League fixtures on hostile turf have ended as a draw (W7, L10). 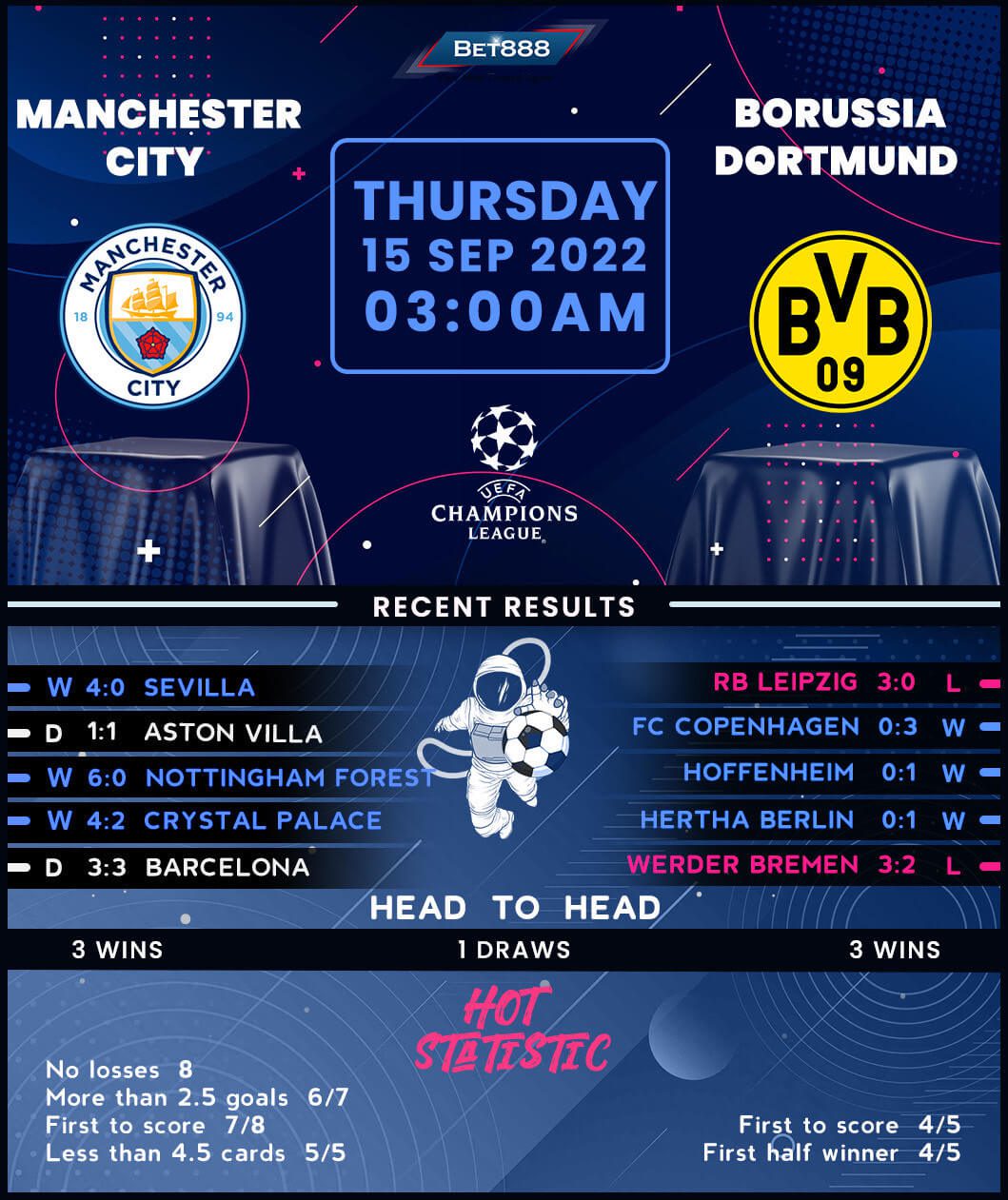