Malmo FF and HJK Helsinki will trade tackles at the Eleda Stadion in the first leg of their UEFA Champions League second qualifying round tie.

Malmo squeezed past Riga FC in the previous qualifying round, drawing 1-1 in the return leg in Latvia following a narrow 1-0 first-leg triumph at home. Still, the hosts enter this showdown amid a purple patch, having gone unbeaten in their last four competitive matches (W3, D1) since succumbing to a 3-2 away loss to domestic rivals Norrkoping in early July. At home, the ‘Himmelsblått’ have won their last five games in all competitions by an aggregate score of 13-4, though three of those victories came by a single-goal margin. Even though this will be the first competitive meeting between these two sides, Malmo are overwhelming favorites to prevail in this tie, having won each of their last three non-competitive H2Hs by an aggregate scoreline of 10-0.

On the other hand, HJK Helsinki brushed Buducnost Podgorica aside with a comprehensive 7-1 aggregate victory in the previous qualifying round, winning both legs by a margin of 2+ goals (3-1 H, 4-0 A). Yet, a disturbing 2-1 away loss to domestic rivals AC Oulu last time out brought HJK’s imperious 11-game winning streak in all competitions to a halt. But when the ‘Klubi’ win, it tends to be in stunning fashion, with seven of their previous 11 victories yielding a winning margin of over 1.5 goals. Toni Koskela’s men have been defensively compact on the road lately, notably keeping seven clean sheets across their last nine trips in all competitions. At the other end of the pitch, they have scored precisely once per game in three of their last four competitive travels. 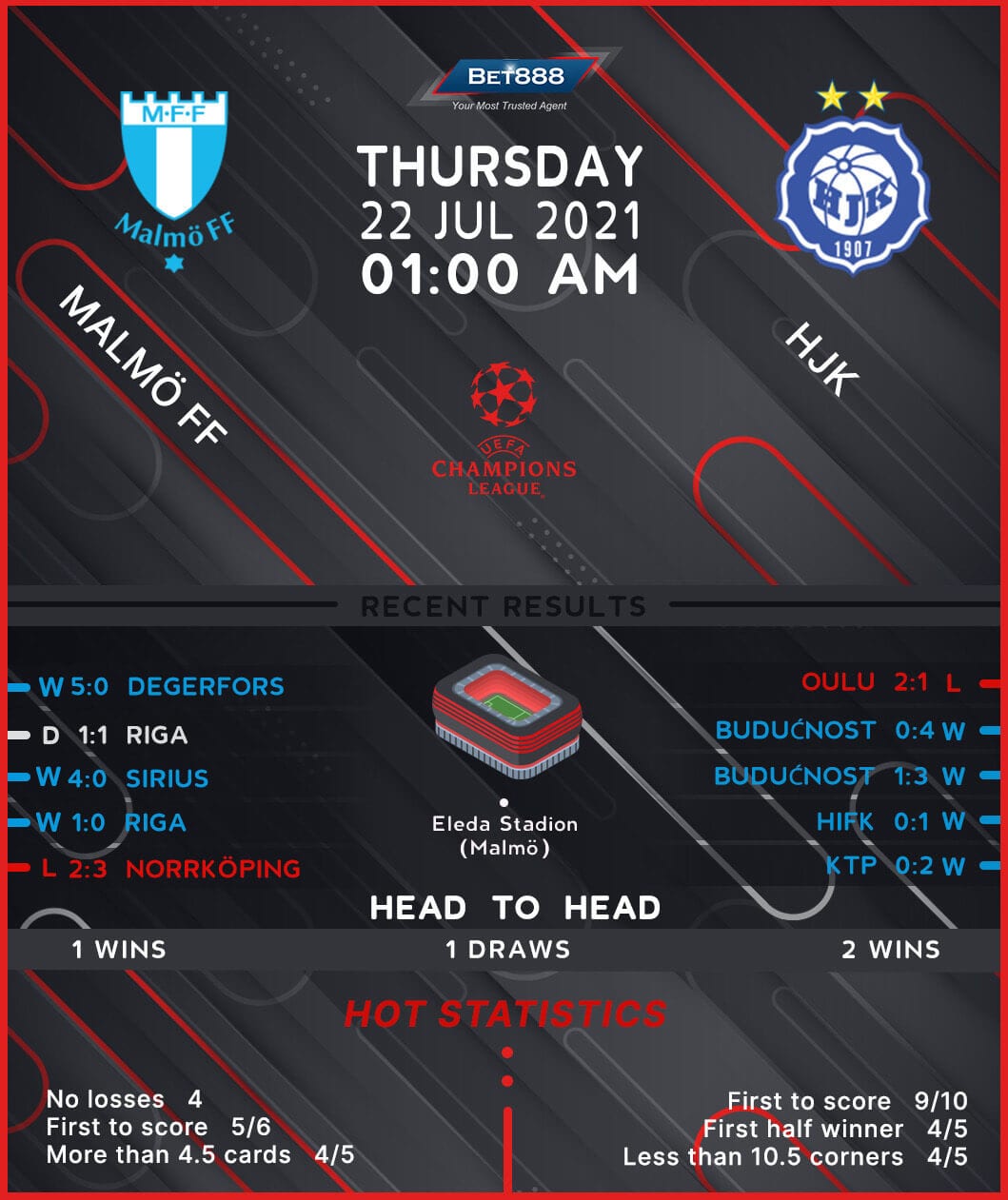