Despite experiencing mixed fortunes across their opening six La Liga matches (W2, D2, L2), Mallorca’s hopes of making it three consecutive top-flight seasons are off and running. Javier Aguirre’s side headed into the international break on the back of a 1-0 home win over Almeria, arresting a two-game winless league streak (D1, L1). But the prospects of winning back-to-back league games for the third time in 2022 are far-fetched as ‘Los Piratas’ have lost 12 of their previous 13 La Liga home meetings with Barcelona (L1), including the last six in a row, five of which saw them draw a blank. After finding the net in seven successive home league outings, 2021/22 season included, Mallorca will hope to defy their scoring woes against the Catalan powerhouse.

Meanwhile, Barcelona’s bid to reclaim domestic supremacy following a three-season hiatus has been off to a flying start. Since a goalless home draw with Rayo Vallecano on the opening weekend, the ‘Blaugrana’ have won five consecutive La Liga fixtures via an aggregate score of 18-1, netting 3+ goals on each occasion! Away from home, Xavi Hernandez’s men have won all three league matches this term via at least a three-goal margin. All looks good from Barcelona’s point of view, even though they trail pacesetters Real Madrid by two points ahead of the upcoming El Clasico. Making it ten top-flight H2H wins over Mallorca on the trot would be a confidence boost for the visitors ahead of their potentially pivotal Champions League home clash against Inter Milan. 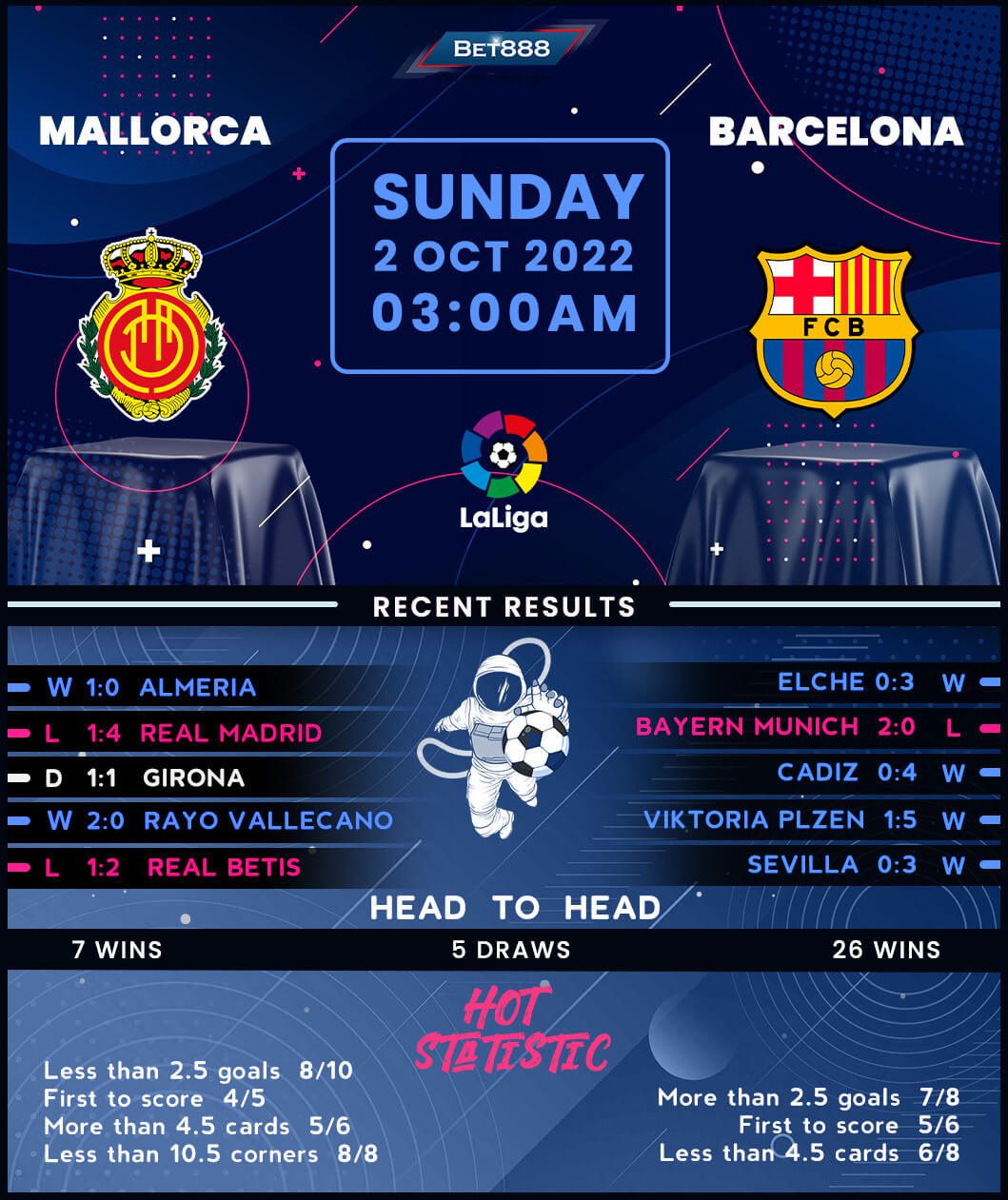