Bukit Jalil National Stadium is the venue as Malaysia and Singapore go head-to-head in a ‘make or break’ 2022 AFF Championship Group B contest.

Malaysia’s bid to make it out of the AFF Championship group stages for the first time since 2018 took a massive blow on matchday three as Group B pacesetters Vietnam dismantled them 3-0. However, following a two-game winning start to the 2022 tournament, the ‘Tigers of Malaya’ are still in contention for reaching the knockouts, though nothing less than a win against Singapore will do. With each of Malaysia’s two AFF Championship triumphs this winter coming ‘to nil,’ it takes no rocket science to understand how significant it will be to score first. However, after drawing a blank in two of their last three H2H meetings with Singapore (D1, L2), that could prove easier said than done.

In the meantime, Singapore held Vietnam to a scoreless draw last time out and now must avoid losing to progress beyond the AFF Championship group phase for the second tournament running. Before being held scoreless by the Vietnamese, the ‘Lions’ had netted 2+ goals in their opening two Group B outings, getting on the scoresheet between the 30th and 45th minute on both occasions. Unbeaten in their last five internationals (W3, D2) in the build-up to this crunch encounter, Takayuki Nishigaya’s men can draw further confidence from ousting Malaysia via a narrow one-goal margin in their two most recent H2Hs. 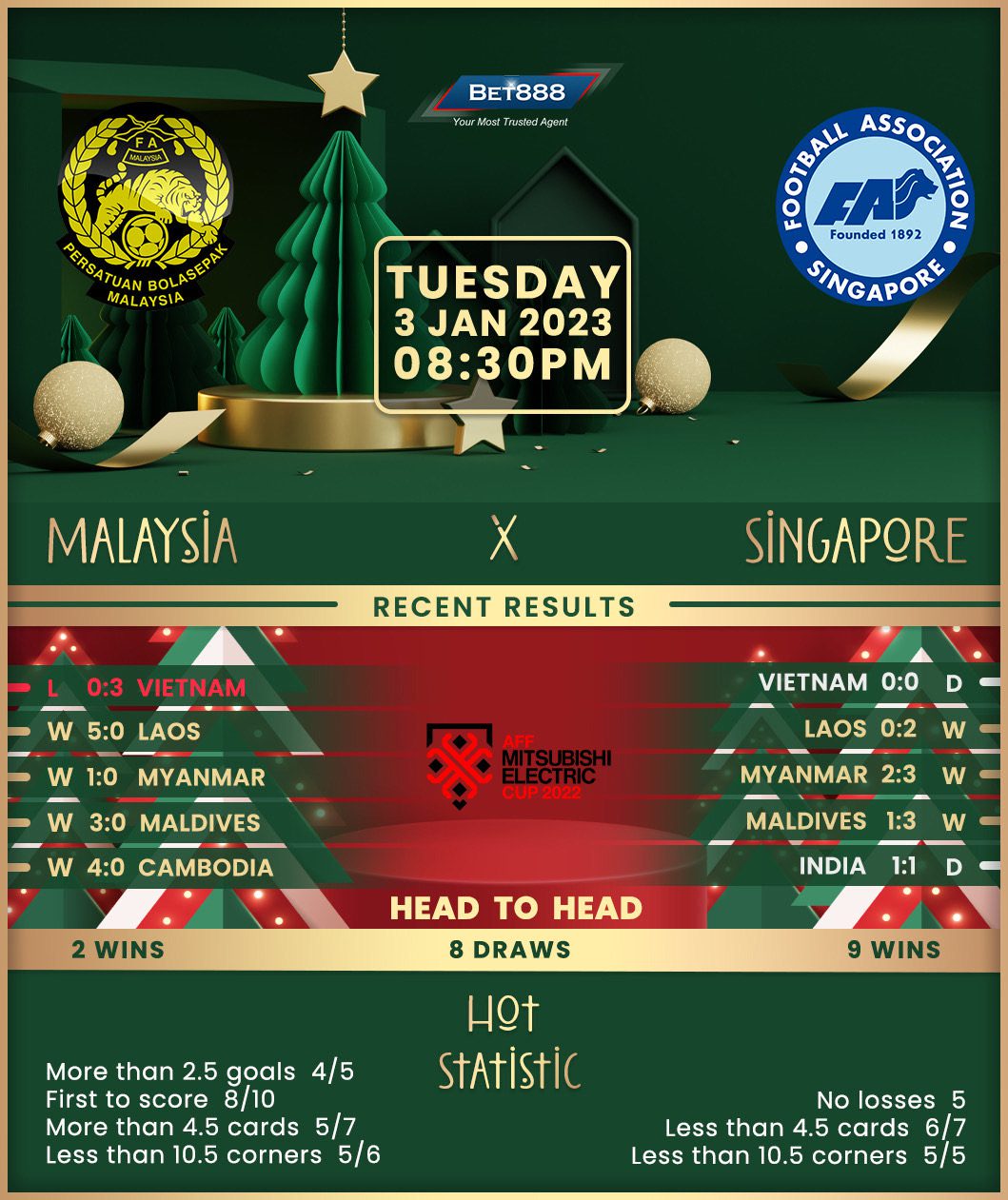