Olympique Lyon and Paris Saint-Germain are set to face each other in a handsomely-looking Ligue 1 showdown at the Groupama Stadium on the stroke of the international break.

Without the distraction of European football, Lyon had enjoyed a promising five-game unbeaten start to the new Ligue 1 campaign (W4, D1) but have since run out of steam. Going into this fixture, Peter Bosz’s men have lost back-to-back league matches via an aggregate score of 5-2 and are staring down the barrel of a three-game losing top-flight streak for the first time since February 2018. However, it’s worth noting that ‘Les Gones’ have won their last eight Ligue 1 home games, which stands as the longest current run in the top five European leagues and their best since January 2015 (9). With rumours linking Bosz with being sacked in case of a poor result here, the Dutch manager will be relieved to know his men held PSG to a 1-1 draw in this corresponding fixture last term.

On the other hand, star-studded Paris eased past Israeli outfit Maccabi Haifa 3-1 in midweek Champions League action to maintain their 100% Group H start. Heading back to Ligue 1 football, where they’ve won six of their opening seven matches this season (D1), ‘Les Parisiens’ are looking to extend their eye-catching 16-game unbeaten streak (W12, D4) and retain their place at the summit. There’s no margin for error, as two other teams start this round tied with PSG on 19 points, suggesting a record-breaking 11th Ligue 1 title is not a foregone conclusion as many had thought. Christophe Galtier’s men have improved defensively, though, keeping a clean sheet in their last three Ligue 1 matches and could make it four on the spin for the first time since November 2020. 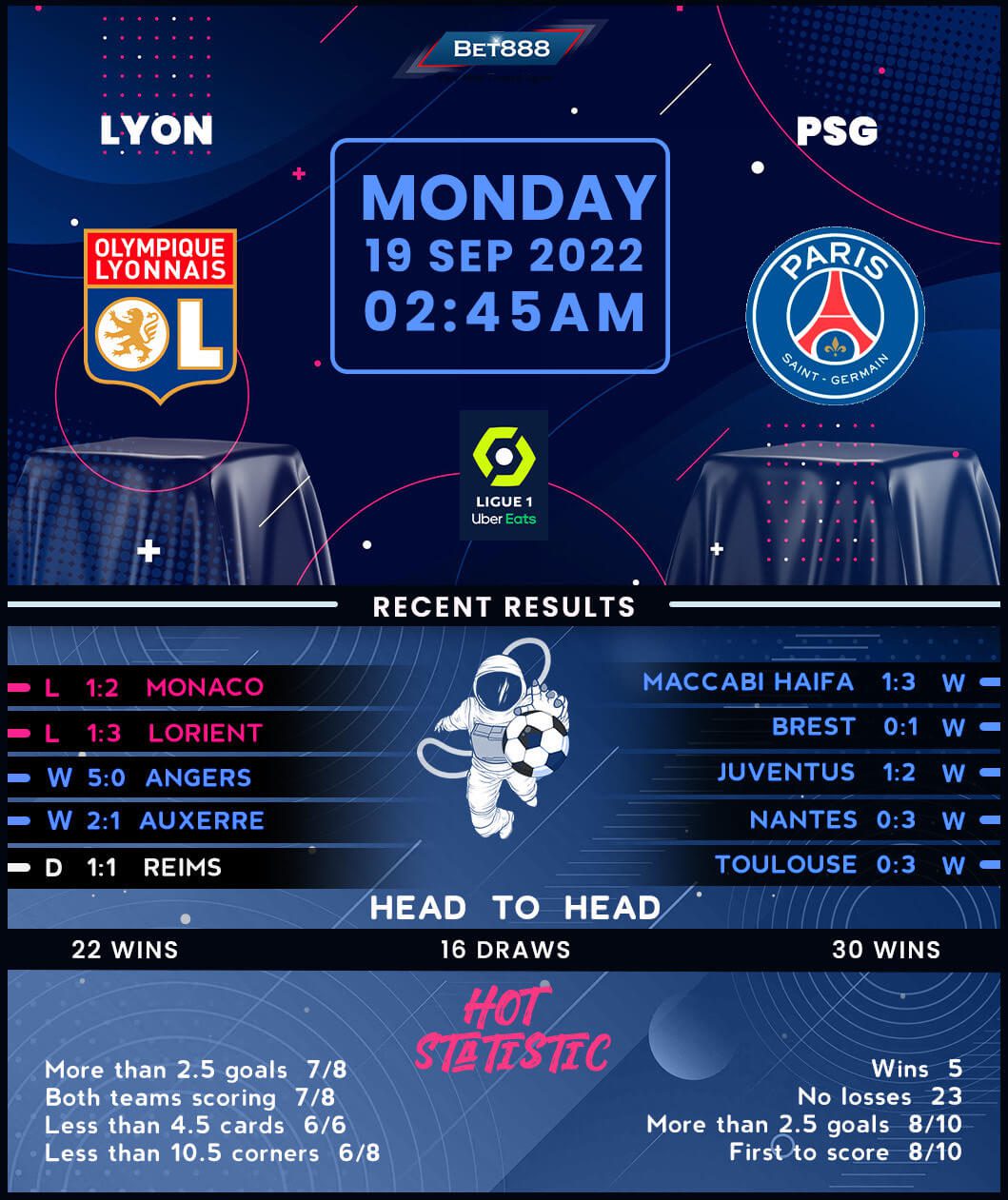