Huvepharma Arena is the venue as Ludogorets and Dinamo Zagreb go head-to-head in the first leg of their exciting Champions League third round playoff tie.

Reigning Bulgarian champions Ludogorets crashed Shamrock Rovers out of the previous Champions League knock-out round 4-2 on aggregate (3-0 H, 1-2 A) to reach the third playoff round for the fifth season running. The ‘Eagles’ have bowed out only once across their last four attempts to advance to the playoff final, courtesy of elimination to Hapoel Be’er Sheva in 2017/18. Sitting atop the Bulgarian First League after four games (W3, D1), Ante Simundza’s men head into proceedings having lost just one of their nine competitive outings this term (W6, D2). Lethal in front of goal and stubborn at the back, Ludogorets have netted 2+ goals in 67% of their matches across all competitions this season while registering three clean sheets from their four Champions League run-outs to date.

On the other hand, perennial Croatian champions Dinamo Zagreb squeezed past sub-par North Macedonian outfit Shkupi in their previous Champions League playoff run-out (2-2 H, 1-0 A). Inspired by a decent run of three successive domestic league victories and Croatian Super Cup success over fierce rivals Hajduk Split, Dinamo will be looking to improve their impressive recent record in the third playoff round. Indeed, the Croatian heavyweights have progressed from this stage in eight of their last ten attempts, moving on to storm into the competition’s group phase seven times in the process. Yet, Dinamo’s slightly inferior H2H record versus Ludogorets could make Ante Cacic’s men feel somewhat uncomfortable here (W1, D1, L2). 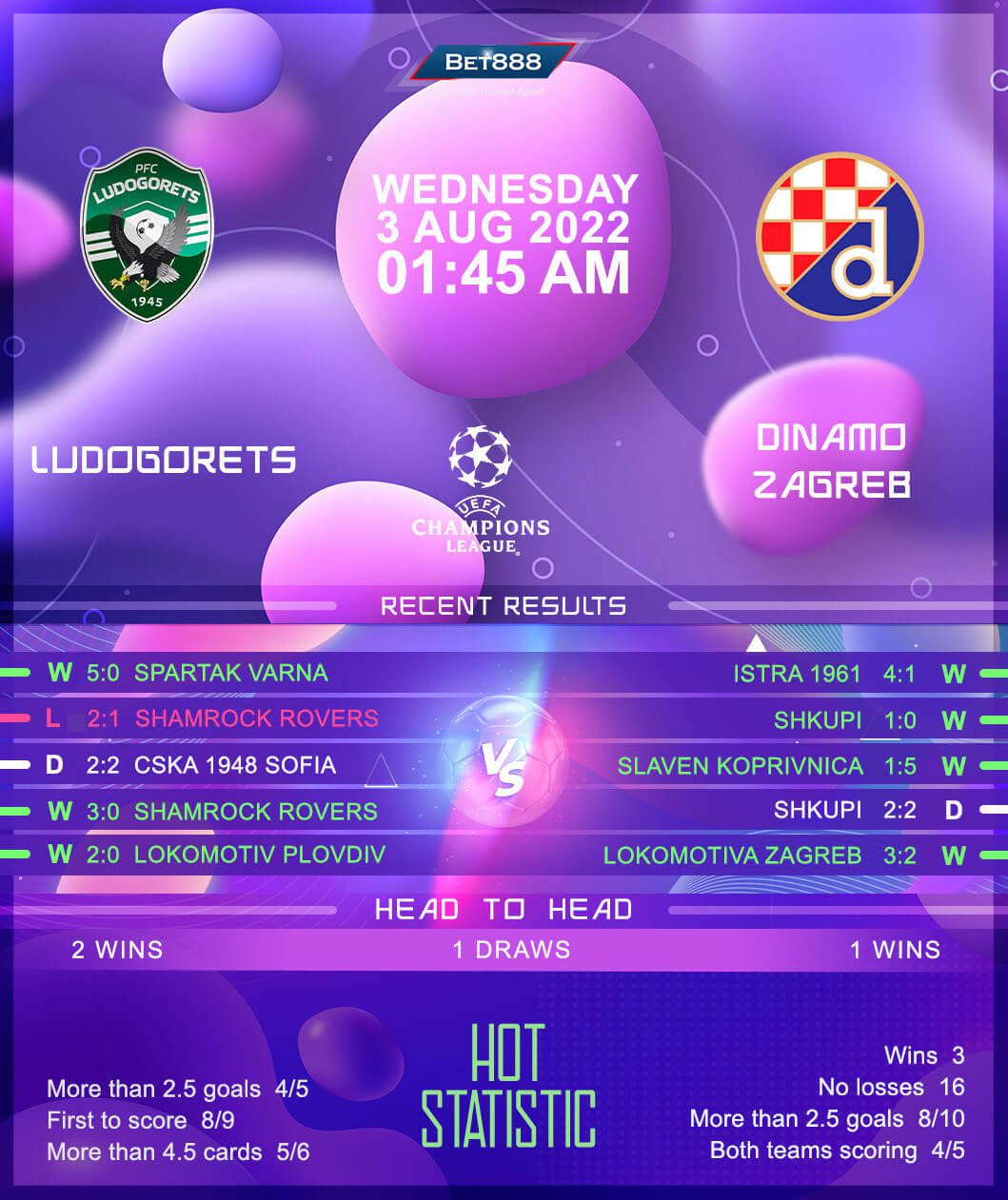