Despite landing the likes of Giorgio Chiellini and Gareth Bale, Western Conference pacesetters Los Angeles cannot catch a break these days. Only one victory in their last six MLS fixtures (D1, L4) sums up LA FC’s form woes in a nutshell, meaning manager Steve Cherundolo is currently on thin ice. Playing Houston has proved daunting for Los Angeles lately as they’ve won none of their last three league H2Hs (D2, L1), netting precisely once on each occasion. Scoring has been a problem for Cherundolo’s men in the past couple of months. They have bagged under 1.5 goals in six of their last seven MLS outings after leading the scoring leaderboard in the Eastern Conference for most of the season.

Meanwhile, visiting Houston Dynamo have been the epitome of inconsistency in the past month, with none of their last seven MLS fixtures witnessing the same result twice in a row (W2, D2, L3). However, high scoring has been a common theme in Houston’s recent matches, as five of those seven games saw over 2.5 goals and both teams scoring. That’s also been the case in four of their five previous league visits to Los Angeles, highlighting the potential for another action-packed affair. Since a 2-1 triumph at San Jose Earthquakes in mid-July, the ‘Orange Crush’ have gone winless in five consecutive MLS away matches (D1, L4), with three of those defeats yielding the same 2-1 scoreline. 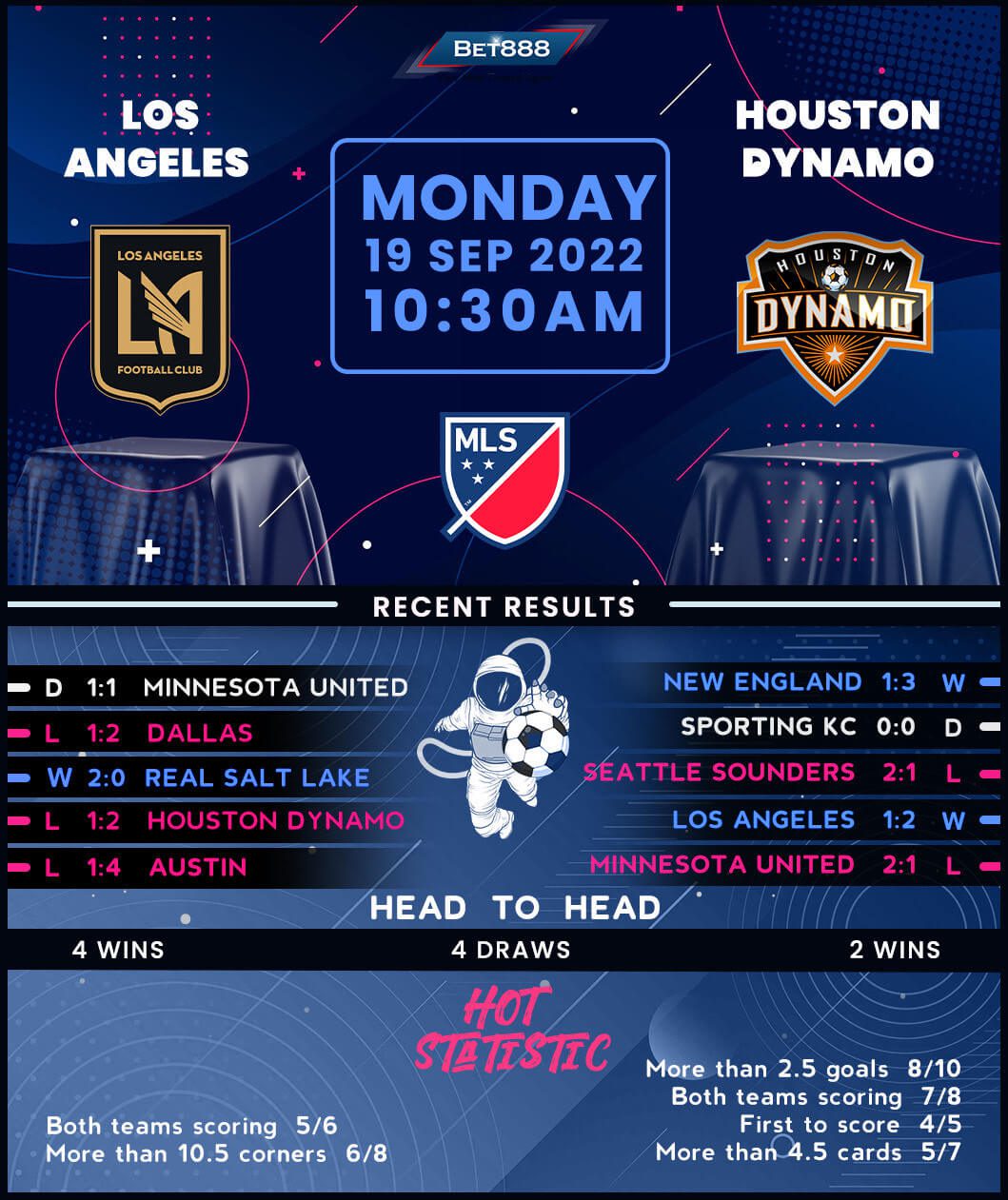