Mohamed Salah’s second-half winner that halted his five-game scoring drought in the Premier League catapulted Liverpool to a morale-bolstering 1-0 home win over back-to-back champions Manchester City at the weekend. But with Jurgen Klopp receiving a straight red card late in the game, the ‘Reds’ will welcome West Ham without their charismatic manager, looking to win consecutive league matches for the second time this season. Liverpool’s hopes of securing another top-four finish are on thin ice as they currently trail fourth-placed Chelsea by six points, narrowing down a margin for error. So West Ham’s visit to Anfield couldn’t have been timed any better, with the Merseyside powerhouse going unbeaten in all but one of their last 49 home league H2Hs (W36, D12). Moreover, Klopp’s men haven’t lost any of their 28 home league fixtures preceding this encounter (W21, D7).

As for West Ham United, Declan Rice’s second-half equaliser rescued a point for David Moyes’ side at Southampton at the weekend (1-1), keeping them a meagre three points clear of the drop zone. After seeing their two-game winning Premier League streak go out of the window, the ‘Hammers’ will have to beat the odds to upgrade their stuttering away league record this season (W1, D1, L3). West Ham’s poor Premier League form stretches back to the turn of the year, as witnessed by the fact only Leicester City and Everton have lost more top-flight games on hostile turf than the ‘Irons’ (9) in 2022. A failed attempt to shut Liverpool out would see West Ham meet a piece of unwanted history. They are one goal away from becoming only the fourth team in Premier League history to concede 800+ goals on the road. 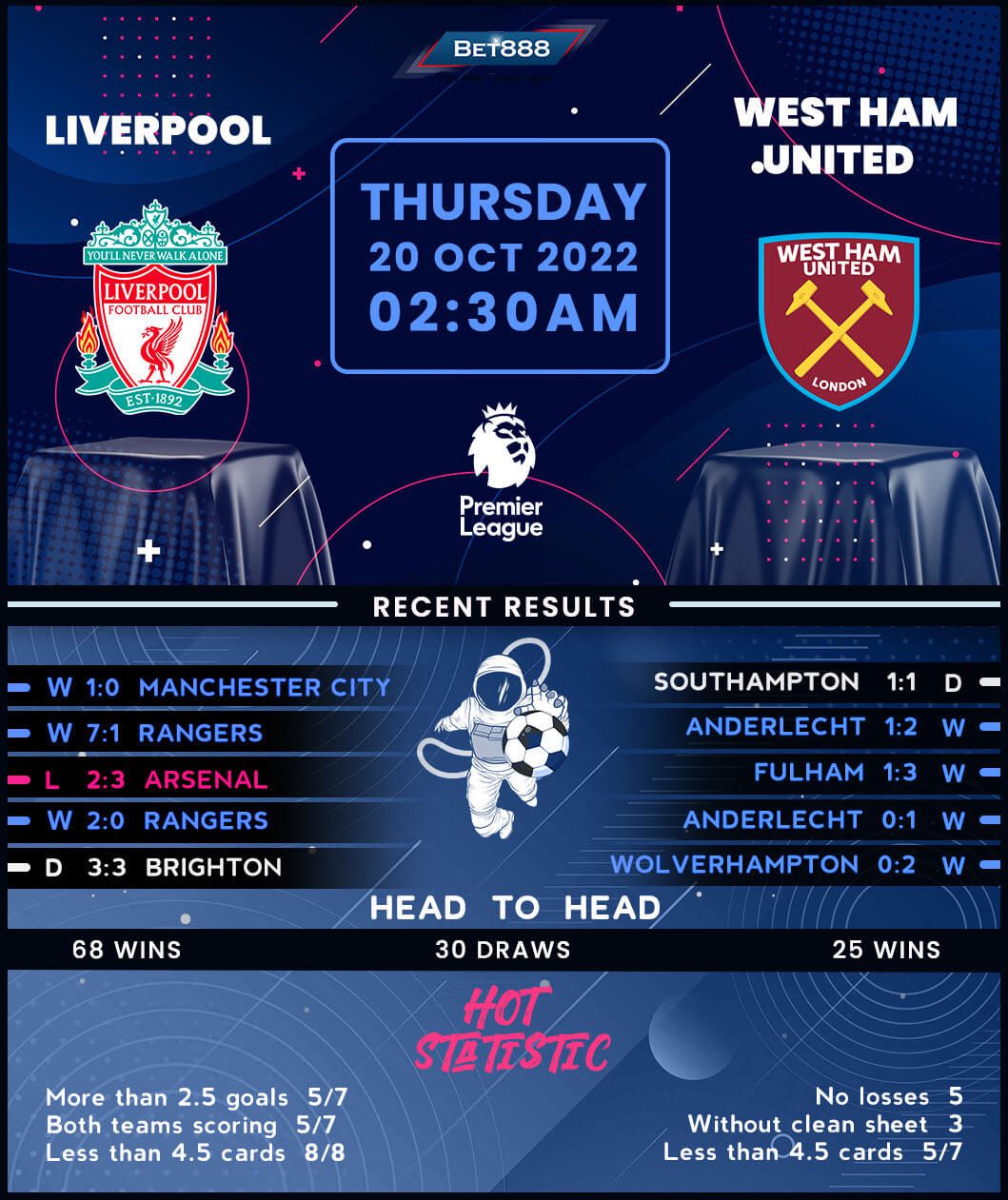