Fresh from a stellar 3-1 Community Shield victory over fierce domestic rivals Manchester City, Liverpool head into proceedings in high spirits. Though manager Jurgen Klopp is likely to field an understrength side to allow his star players to rest following an exhausting meeting with Man City, the ‘Reds’ should be strolling to another win here. However, they have blown hot and cold throughout the summer, picking up two wins from four pre-season friendlies while losing the other two without scoring. On top of that, the Merseyside heavyweights have experienced mixed fortunes across their only two previous matches against Strasbourg (W1, L1), with both results (win/loss) seeing the winner net 2+ unanswered goals.

In the meantime, an embarrassing 4-0 defeat away to Marseille on the final matchday of last season dented Strasbourg’s hopes of securing European promotion. Yet, a fifth-place Ligue 1 finish established them as a surprise package in France’s top flight in 2021/22, showing they are no pushovers by any stretch of the imagination. But after a two-game winning start to their pre-season preparations, Julien Stephan’s men have run out of steam, going winless in their last three warm-up fixtures (D2, L1). Regardless of the outcome, Strasbourg’s off-season games have been fun to watch as all five have seen over 2.5 goals and both teams scoring. 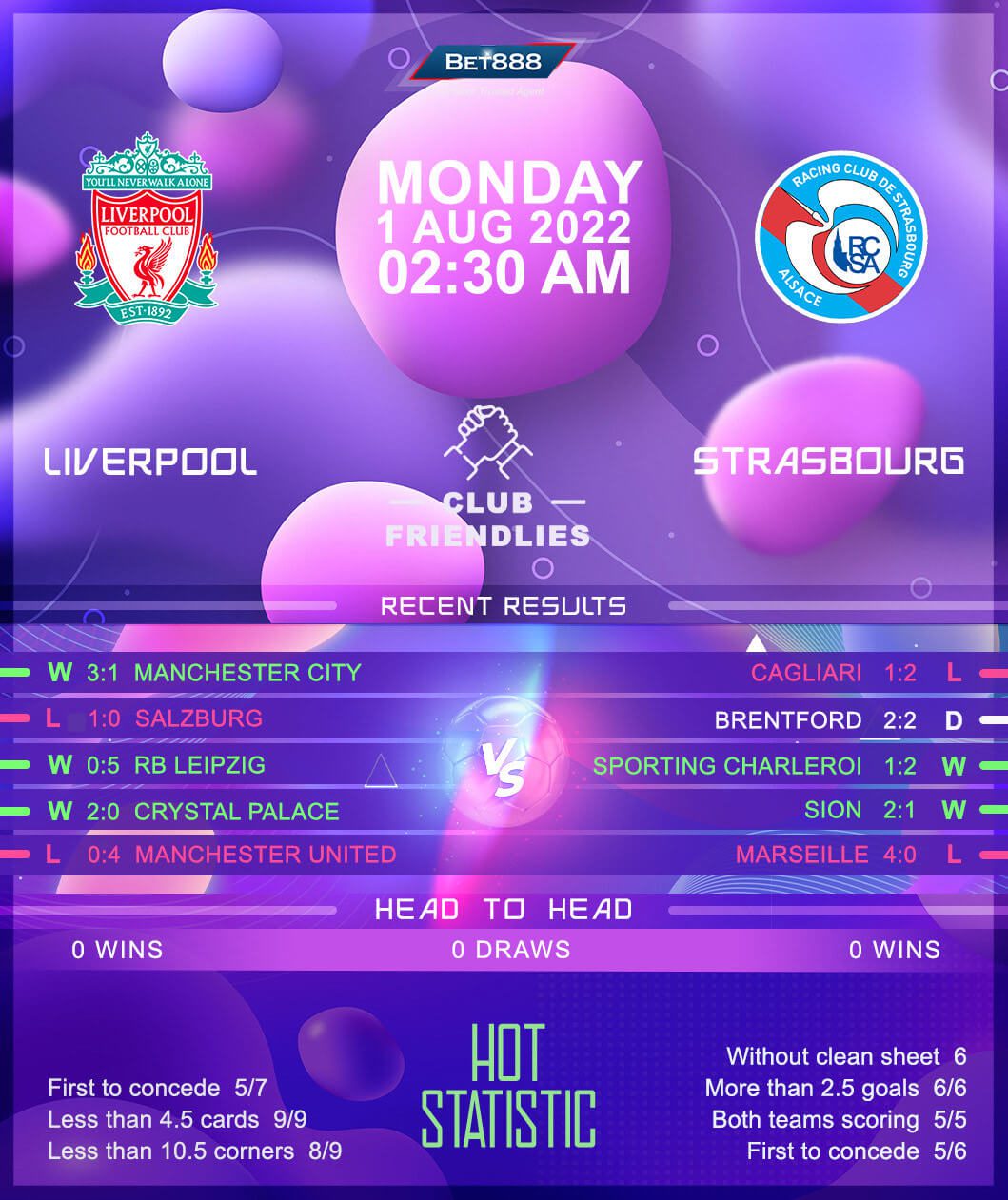