A duel between the two Premier League leaders, Liverpool and Manchester City that will take place at Anfield next weekend, will see the visitors trying to end a 4-game road losing streak against the Reds.

After suffering a narrow 1-0 defeat to Napoli in midweek’s Champions League clash, the Merseysiders will be looking to bounce back instantly, especially because a potential victory would fire them to the top of the league. Before playing out a 1-1 draw with Chelsea last weekend, Jurgen Klopp’s side have recorded six straight wins in the opening six fixtures. Last season’s Champions League runners-up are also the only team alongside their next rivals to win all home matches in the Premier League although they are the only one to keep a clean sheet in the process.

On the other hand, a tight 2-1 triumph over TSG Hoffenheim has placed the Citizens on the top of Group F next to Lyon, who walked away from the Etihad Stadium with all three points on the opening matchday. Meanwhile, in the Premier League, the holders are currently topping the table with a +18 goal difference and a record of six wins and a draw. Pep Guardiola’s team achieved four straight league wins after a surprising 1-1 draw with Wolverhampton, having managed to keep a clean sheet in the past three games. Besides, apart from that unfortunate draw with Wolves, Manchester City have scored at least two goals in each EPL match so far.

Alex Oxlade-Chamberlain, Adam Lallana, and Divock Origi won’t be able to perform for the hosts as well as Nabi Keita who suffered a nasty looking back injury against Napoli. As for the visitors, Claudio Bravo, Eliaquim Mangala, Fabian Delph, Benjamin Mendy, and Kevin De Bruyne are all set to skip the encounter due to various physical problems. 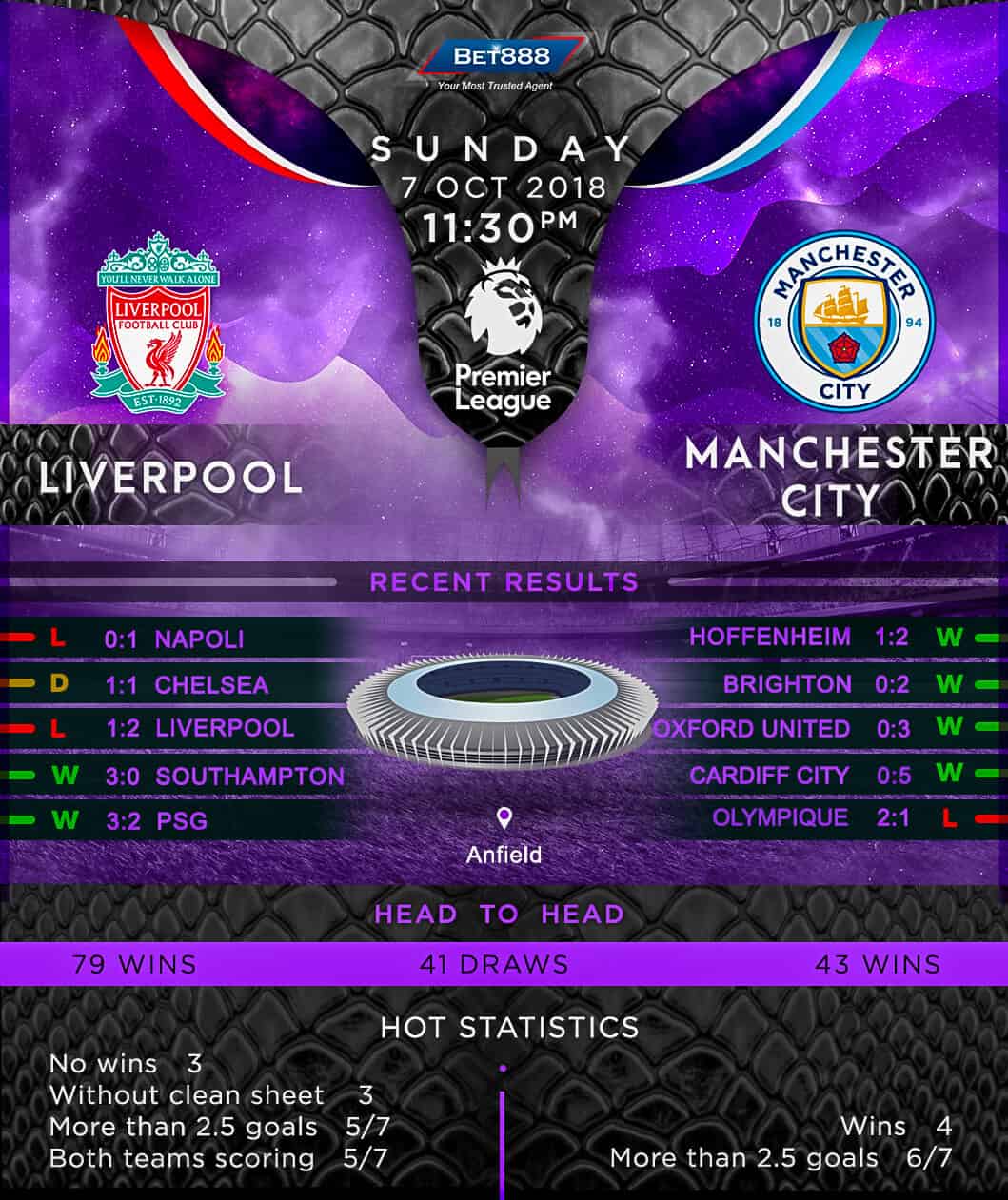