Despite a 3-1 thumping of fierce rivals Manchester City in a curtain-raising Community Shield fixture towards the end of July, Liverpool’s bid to win the Premier League crown suffered a stuttering start. Jurgen Klopp’s side had to fight back twice to hold newly-promoted Fulham to a 2-2 draw on the opening weekend, extending their impressive unbeaten league record to 20 matches (W16, D4). Yet, another failed attempt to land all three points could put Liverpool in a lot of trouble early in the season as they aim to stretch an eye-catching 10-game winning Premier League streak against Palace. The ‘Reds’ have won nine of their 13 all-time Premier League H2Hs at home (D1, L3), including the last five in a row by an aggregate score of 14-3.

On the other hand, lowly Crystal Palace succumbed to a 2-0 home defeat to cross-town rivals Arsenal on matchday one, suggesting they could be in for another season-long bottom-half fight. After going down against the ‘Gunners,’ Palace are facing the risk of losing their opening two matches of a new Premier League season for the first time since 2017/18. Patrick Vieira’s men have lost their last three top-flight visits to Anfield by 2+ goals ‘to nil,’ meaning they tend to roll over on Merseyside. Spanning back to April, the ‘Eagles’ have lost three of their five away league games (W1, D1) despite finding the net in four. Scoring could prove daunting here as Palace have failed to score in six of their last ten league clashes against Liverpool. 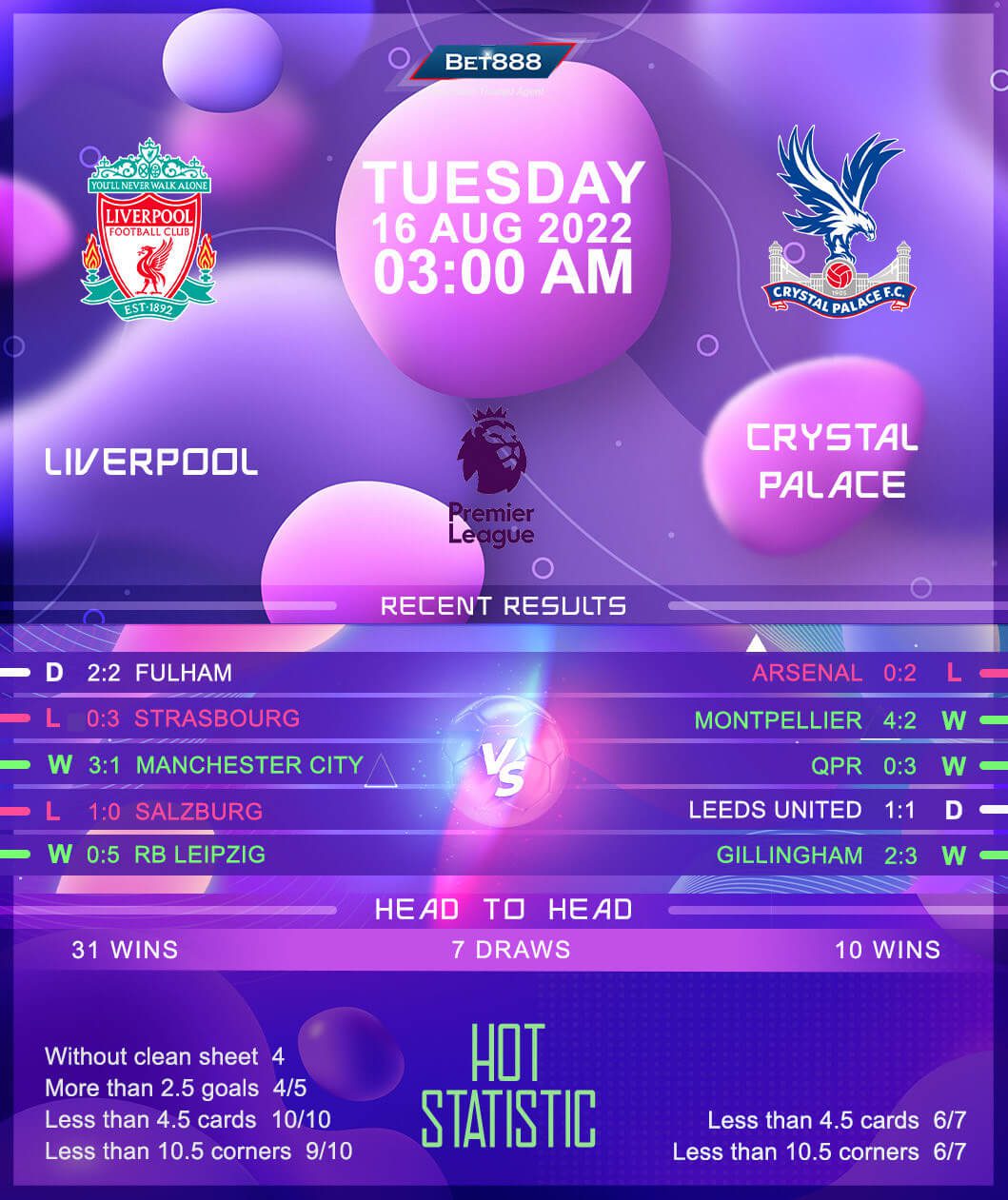