The rescheduled English League Cup semi-final first leg between Liverpool and Arsenal is set to take place at Anfield.

Despite lacking a host of key first-team players due to Covid-19 and the Africa Cup of Nations 2021, Liverpool will entertain their chances of extending their two-game winning H2H streak, having defeated old rivals by an aggregate score of 7-0 in the last two. However, the ‘Reds’ have faced Arsenal in 12 different League Cup ties so far, recording a partial success from that run of fixtures (W6, L6). Yet, it’s worth noting that the Merseyside giants have only lost one of their last eight League Cup clashes against this opposition at home (W4, D3). Though their 2020/21 League Cup fourth-round tie ended goalless, with Arsenal progressing ultimately progressing via penalties, the last five H2Hs in the competition have produced a staggering 28 goals.

Meanwhile, Arsenal succumbed to a disappointing 1-0 defeat at Championship side Nottingham Forest in weekend FA Cup action, making it two competitive losses in a row. Arsenal’s sluggish start to the new calendar year contrasts their high-flying completion of 2021 when they put together five consecutive victories by an aggregate score of 14-1. Curiously, since a scoreless draw at Brighton in October, none of the ‘Gunners’ last seven competitive away games have ended level (W3, L4), with 57% of those wins/losses yielding a full-time margin of 2+ goals. But Mikel Arteta’s men will draw confidence from their recent performances in the League Cup semi-final ties, having progressed from this round in three of their last four attempts. Still, you have to go back to 2012 to find Arsenal’s last competitive triumph at Anfield, with the Londoners going unbeaten in their subsequent 11 visits to this venue (D4, L7 – 90mins only). 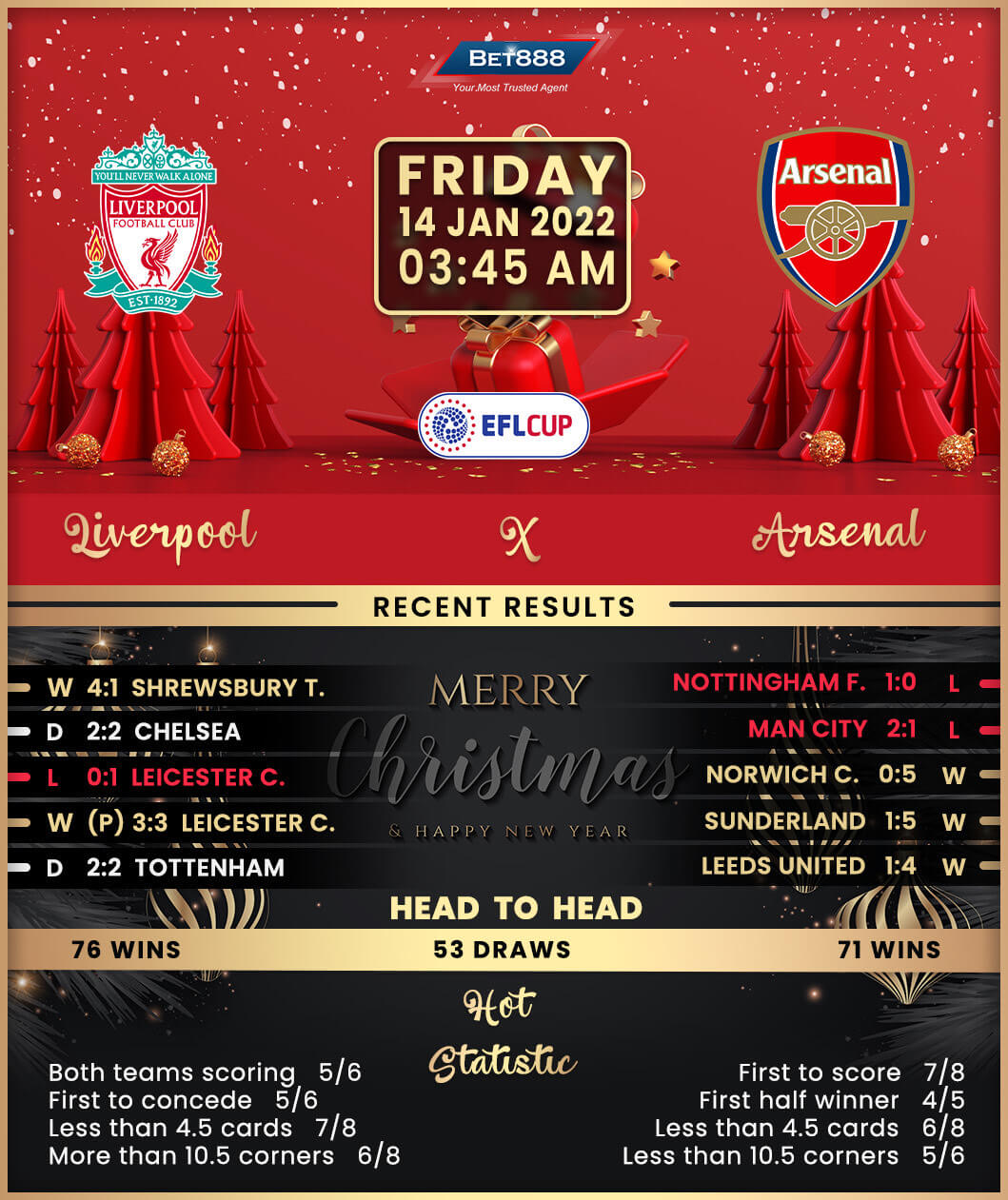