Anfield is the venue as Liverpool and AC Milan go head-to-head in their first UEFA Champions League encounter since the Italians’ 2-1 victory in the 2007 grand final in Athens.

Liverpool’s renaissance under Jurgen Klopp has been plain for everyone to see in Europe over the past few seasons. Only Bayern Munich and Manchester City have won more games and scored more goals in the Champions League than the ‘Reds’ since the start of 2017/18 (25 wins & 95 goals). Under Klopp, the Premier League giants have suffered just one defeat in their 12 Champions League group stage matches at Anfield (W9, D2). Yet, it’s worth noting that lone reverse came at the hands of Milan’s fellow Serie A adversaries Atalanta last season. Given Klopp’s extremely attacking-minded football philosophy, it comes as no surprise that Liverpool netted an average of 2.5 goals across those 12 home group stage outings in the Champions League. Worryingly, though, the Merseysiders have gone winless in their last two European home meetings with Italian sides (D1, L1) after winning six of their previous seven such contests (L1).

On the other hand, Stefano Pioli’s Milan side head into proceedings on the back of a 2-0 home victory over fierce domestic rivals Lazio, which saw them maintain a 100% three-game start to the new Serie A season. After showing that last season’s runners-up finish was no fluke, the ‘Rossoneri’ will be aiming to translate their impressive domestic form to Europe as they prepare to embark on their first Champions League campaign since 2013/14. Anfield might not be an ideal place to start, though, considering Milan’s return of just one win from their last 13 European matches against Premier League sides (D4, L8), courtesy of a 4-0 thumping of Arsenal in this competition back in February 2012. Another potential problem for the visitors could be a sluggish away form in Europe that has seen them win just two of their last eight continental road trips (D4, L2). 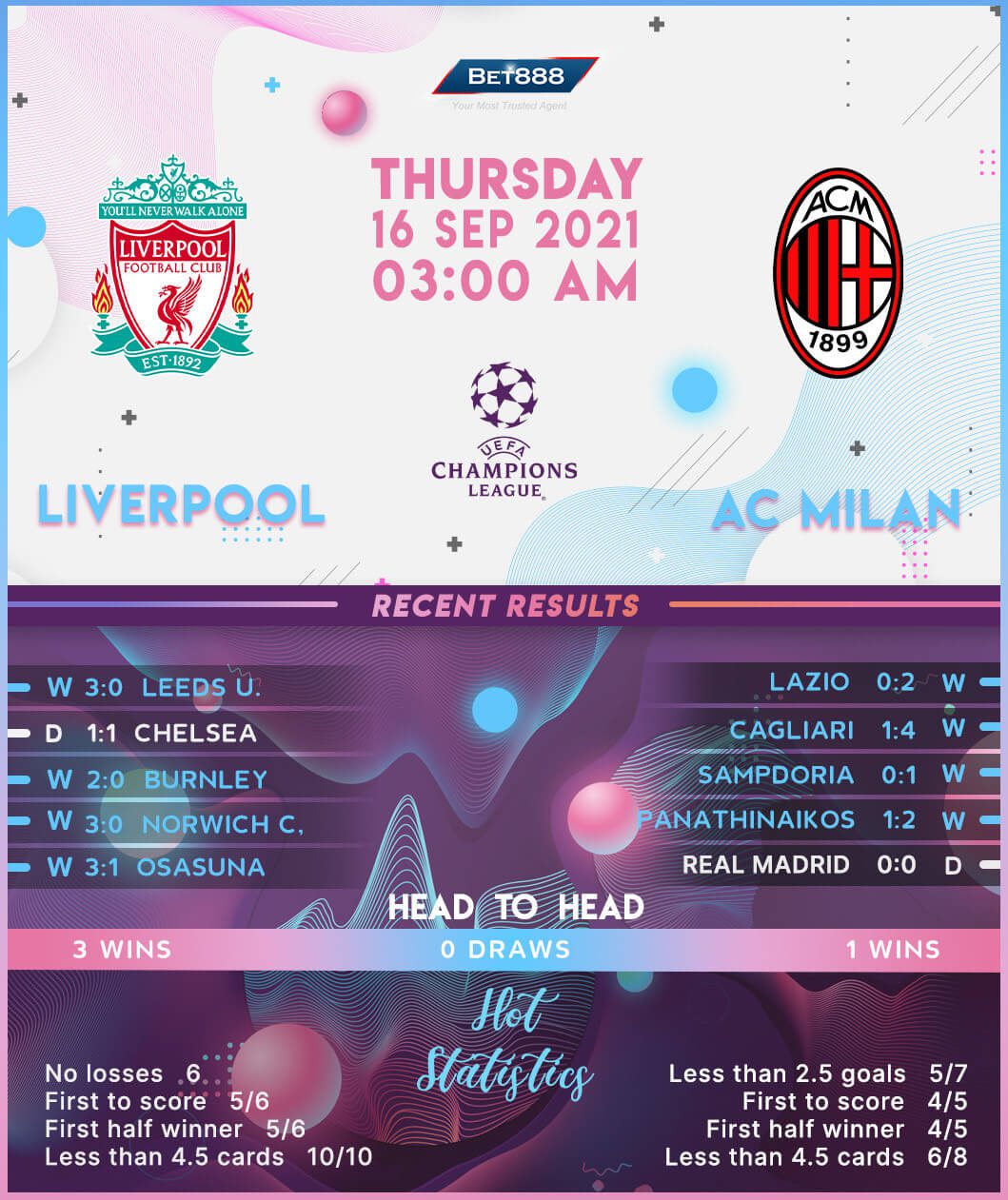