Out-of-sorts Leicester City entertain newly-promoted Nottingham Forest at the King Power Stadium in a must-win Premier League clash for the home side.

Brendan Rodgers’ future in the East Midlands is on the line after Leicester suffered six consecutive Premier League defeats following a 2-2 home draw with Brentford on the opening weekend. Owing to the club’s worst seven-game start to a league season in any division since the beginning of the Premier League era, the Northern Irish manager could soon be the ‘ex’ at the King Power. September’s international break gave Leicester two weeks to recover from a pair of embarrassing defeats to Brighton and Tottenham Hotspur, 5-2 and 6-2, respectively. As the only remaining winless side in the Premier League, the ‘Foxes’ risk going four home matches without winning at the start of a top-flight season for the first time since 2001/02. That could be a bad omen, as the last time they experienced that feat, they finished bottom of the Premier League!

In the meantime, visiting Nottingham Forest have lost four successive league outings since a 1-1 draw at Everton in late August as they enter this round two points adrift of safety. The ‘Tricky Trees’ have developed a habit of squandering advantageous positions, losing their last two Premier League matches despite leading at halftime ‘to nil’ on each occasion. Forest’s defensive leaks have seen them concede 2+ goals in four consecutive top-flight fixtures. That requires an immediate improvement if they are to avoid suffering five defeats on the trot in a single league season for the first time since 2004. There’s a reason for optimism in the travelling camp, considering the visitors have gone unbeaten in five of their six previous Premier League visits to Leicester (W3, D2). 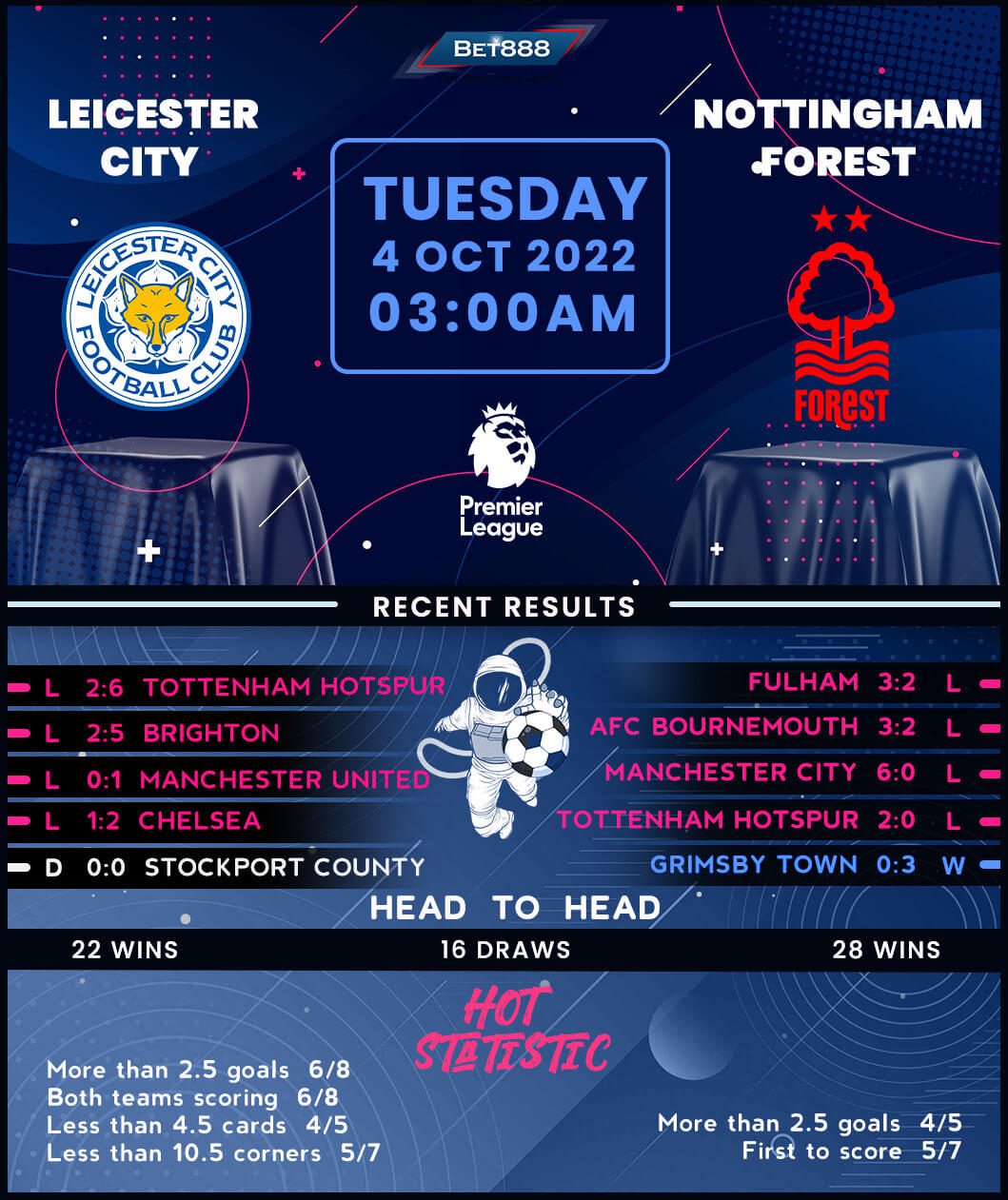