Saturday’s Premier League action gets underway at the King Power Stadium as Leicester City and Manchester City trade tackles in a handsomely-looking match-up.

Following a woeful ten-game Premier League start featuring a mere one victory (D3, L7), under-pressure Leicester boss Brendan Rodgers has thrown his future in the East Midlands a lifeline. Indeed, the ‘Foxes’ have thrashed the likes of Leeds United and Wolverhampton via an aggregate score of 6-0 ahead of this fixture, steering off the drop zone for the first time this season. However, after losing nine of their 11 previous Premier League H2Hs against Man City (W2), including the last three on the trot, Rodgers’ men look like a doomed outfit. That may not necessarily be the case, as an impressive run of three straight league clean sheets (W2, D1) shows significant signs of progress.

Meanwhile, Manchester City shared the spoils with Borussia Dortmund in a dull 0-0 draw in midweek Champions League action to capture a top-spot finish in Group G with a game to spare. Back to domestic proceedings, where they sit only two points adrift of table-topping Arsenal, the back-to-back Premier League champions are vying for a fourth consecutive top-flight victory at the King Power. Though they’ve kept a clean sheet on their last three Premier League visits to Leicester, it’s worth noting Pep Guardiola’s men haven’t registered a shutout in three of their four most recent league road trips. In fact, Man City’s topsy-turvy form on their travels has contributed to a mere two wins across their six Premier League away games this season (D3, L1). 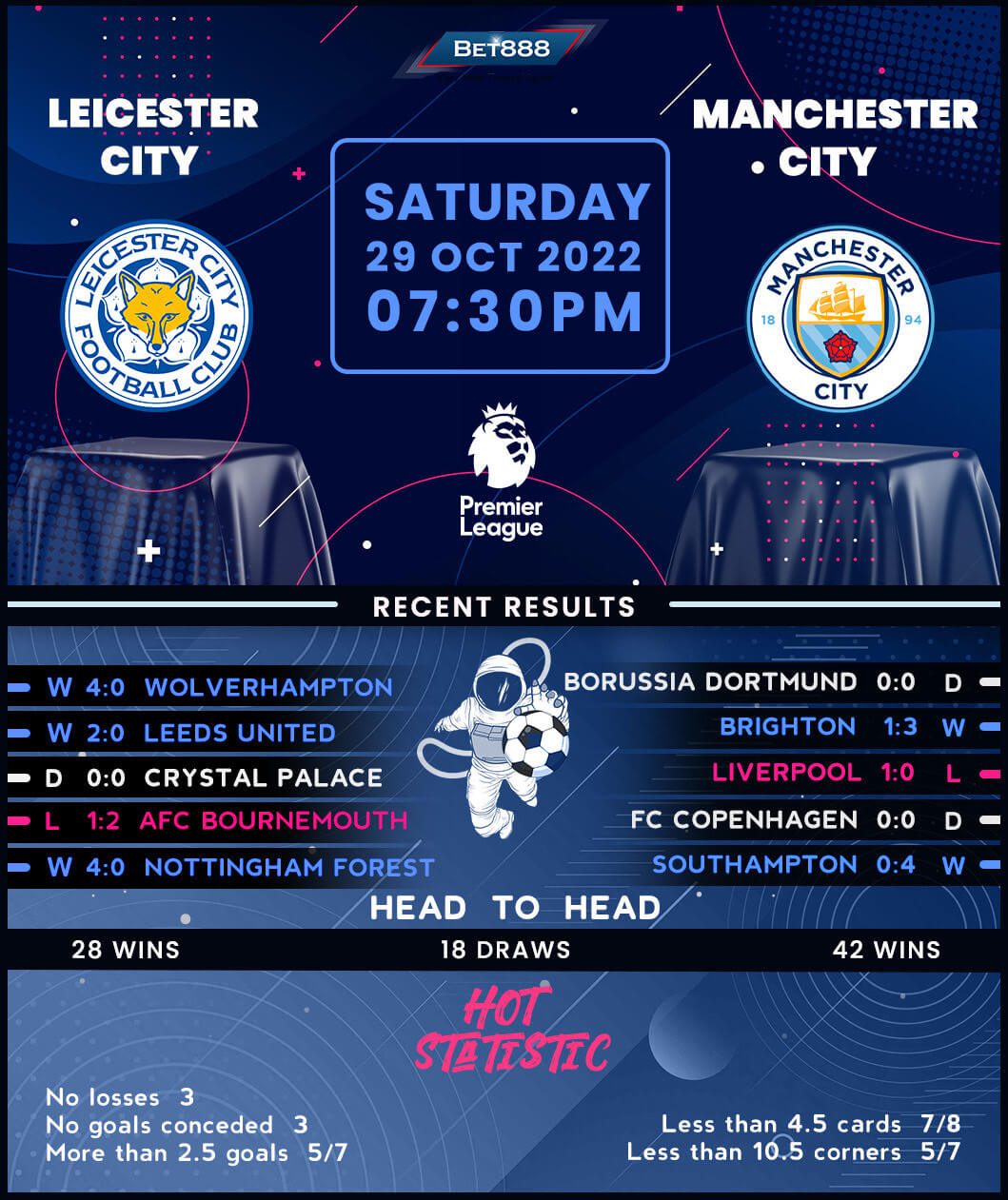