Premier League surprise package Fulham head to the King Power Stadium to take on out-of-sorts Leicester City in their first top-flight fixture of 2023.

Leicester City’s hopes of steering away from a nerve-shredding relegation battle took another punch on New Year’s Eve. Wout Faes’ brace of own-goals helped Liverpool turn a 1-0 deficit into a 2-1 victory, inflicting a second straight Premier League defeat on Brendan Rodgers’ side. Following the club’s massive decline in 2022, the ‘Foxes’ hope 2023 can bring a change of fortunes, safe in the knowledge they’ve won nine of their last 14 league games to launch a calendar year (D4, L1). Worryingly, though, they’ve lost back-to-back Premier League home matches without scoring in the lead-up to this clash, casting doubt on their bid to avenge a 2-1 defeat in their most recent top-flight H2H against Fulham at the King Power.

Meanwhile, visiting Fulham scored on either side of halftime to dispatch rock-bottom Southampton 2-1 last time out, following up a 3-0 demolition of Crystal Palace on Boxing Day with another morale-boosting result. The ‘Cottagers’ have already downplayed their reputation as an archetypal ‘yo-yo’ club and can even challenge for the European spots, with sixth-placed Liverpool within a three-point distance. Despite alternating between victories (3) and defeats (2) across their last three Premier League travels, Marco Silva’s men can be pleased to know they netted precisely three goals in every success. But having conceded the opening goal in 50% of their top-flight away games this season (4/8), they may need another free-scoring display to take home three points. 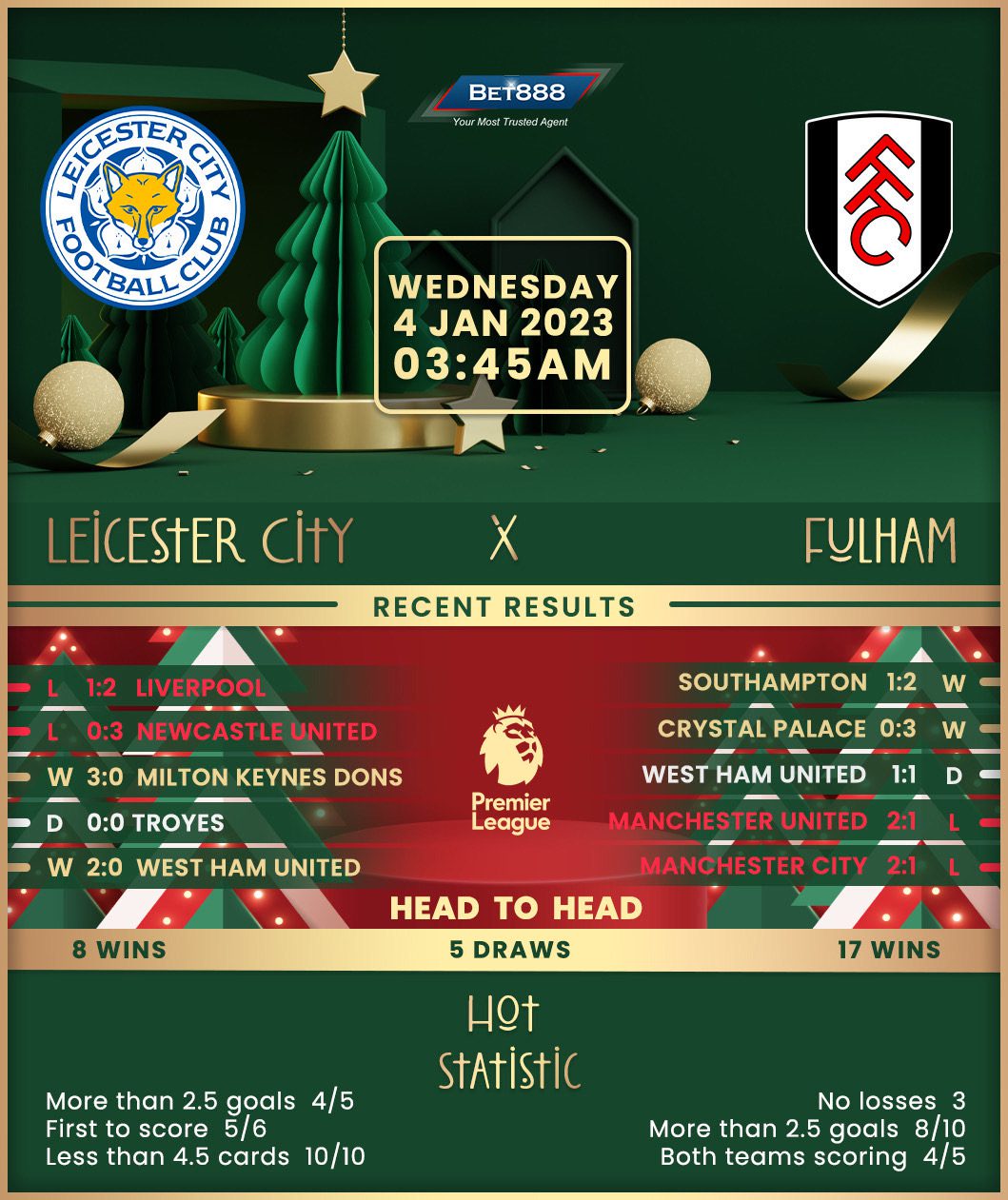