Leeds United secured Premier League survival on the final matchday of the previous top-flight season, courtesy of a 2-1 victory away to Brentford. But Jesse Marsch’s team has undergone massive changes in the summer. Long-serving stalwarts Kalvin Phillips and Raphinha left the club to join Manchester City and Barcelona, respectively. Meanwhile, Marsch has brought in his former allies Brenden Aaronson and Tyler Adams to fill the void. The USMNT duo could be in the mix as the ‘Whites’ look to arrest a frustrating four-game winless home league run against Wolverhampton (D1, L3) since a 2-1 Championships triumph in April 2016. Buckle up for a late action, as Leeds found the net beyond the 90th minute in both last season’s Premier League clashes against this opposition.

As for Wolverhampton Wanderers, last season’s disappointing 10th-place Premier League finish has failed to inspire the club in the transfer window. With manager Bruno Lage mainly relying on the Portuguese talent, as has been the case in the past couple of seasons, Wolves will be aiming to stretch their impressive scoring record at Elland Road. They have failed to get on the scoresheet once in their last 13 league visits to this venue. That’s a stark contrast to their underwhelming scoring record in the 2021/22 Premier League season, which saw them notch up a measly average of one goal per match. There’s a silver lining for the travelling fans, as the ‘Wanderers’ have lost their first Premier League outing in one of their last six seasons (W3, D2). 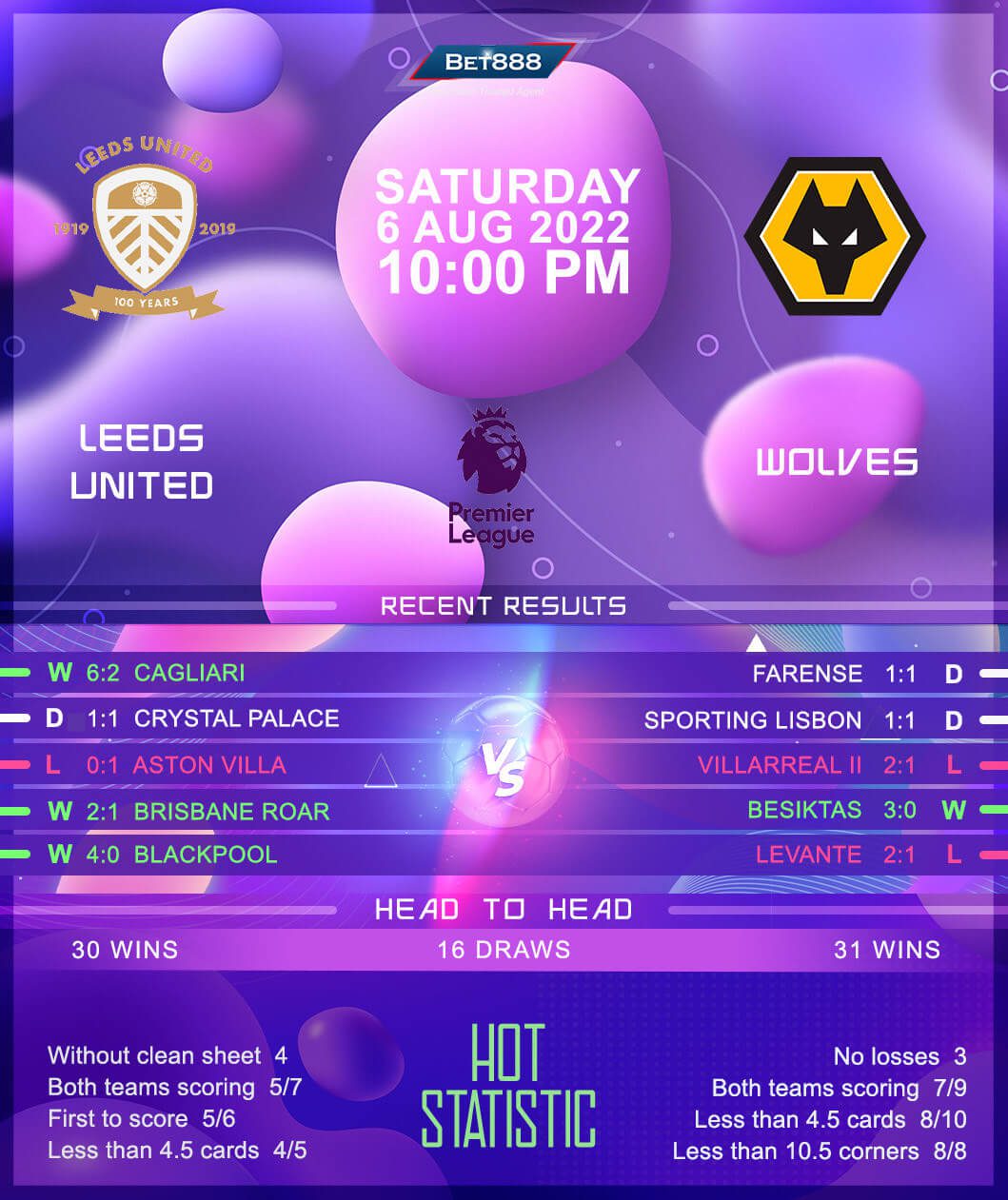