Elland Road is the venue as Leeds United and Chelsea go head-to-head in a handsomely-looking Premier League encounter.

Leeds United came from behind to beat Wolverhampton Wanderers 2-1 on the opening weekend but squandered a 2-0 second-half lead in a dramatic 2-2 draw at Southampton last time out. Leeds’ growing defensive woes have seen them keep just five clean sheets across their 41 previous Premier League outings, which explains why they secured survival on the final day of last season. Seeking back-to-back home league triumphs, a feat that eluded them in 2021/22, the ‘Whites’ will be out to arrest an underwhelming seven-game winless Premier League run against Chelsea (D2, L5). That could be easier said than done, as they’ve failed to get on the scoresheet in both H2Hs at Elland Road since rejoining England’s top-flight in 2020/21 (D1, L1).

In the meantime, Chelsea’s hard-earned 1-0 victory at Everton on matchday one fell into the shadow of a tense 2-2 draw with cross-town rivals Tottenham Hotspur last time out. Thomas Tuchel’s heated post-match bust-up with his ‘Spurs’ counterpart Antonio Conte will see him remain on the sidelines for the foreseeable future, with the English football association launching an investigation against the German manager. Since Tuchel’s maiden Premier League road trip with Chelsea in February 2021, only Manchester City (23) have racked up more away league wins than the ‘Pensioners’ (19). Their rock-solid defence conceded only 17 goals in that span, fewer than any other omnipresent side in that time. Last season’s 3-0 win in this corresponding fixture means Chelsea could register back-to-back away league wins over Leeds for the first time in the club’s history. 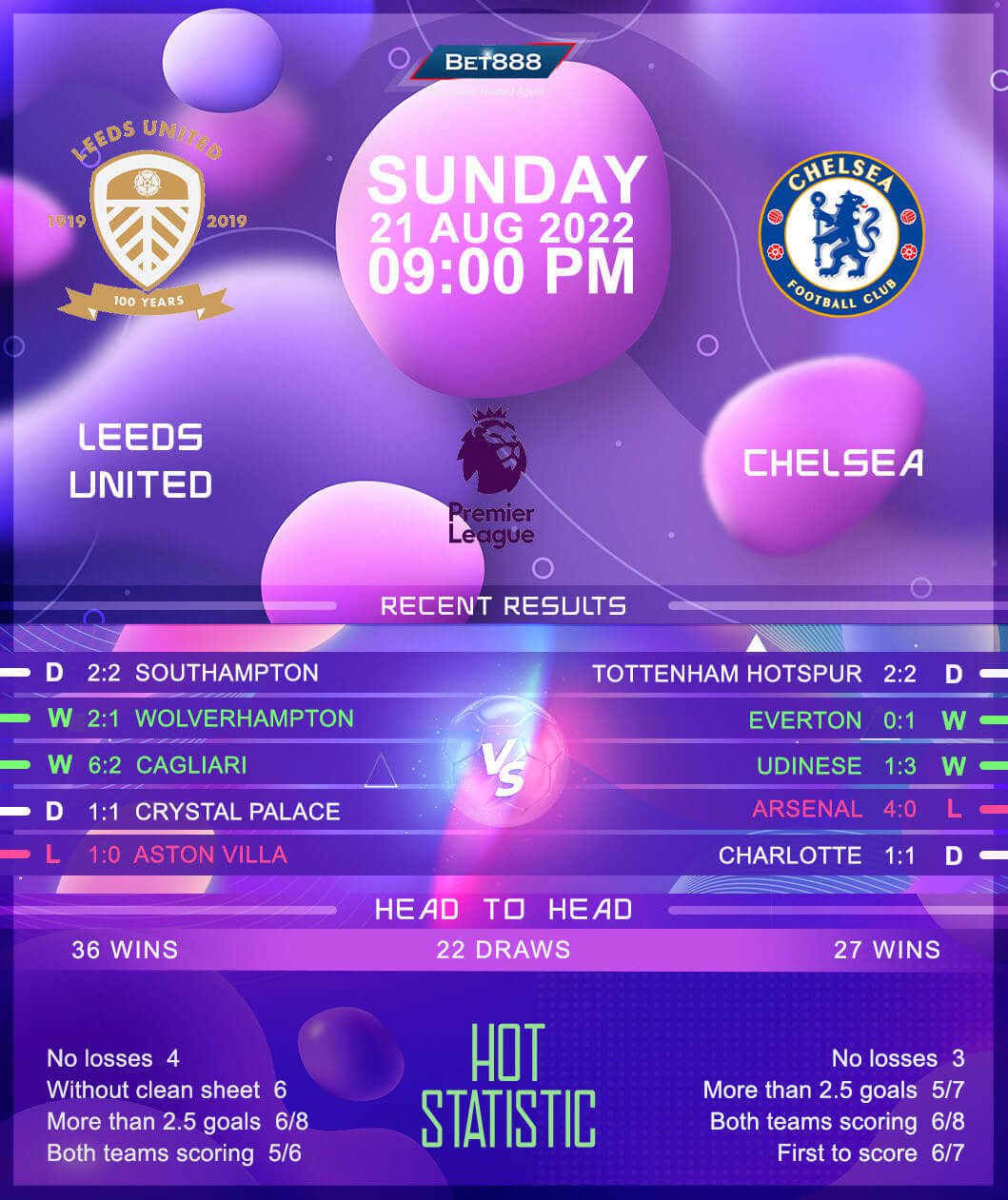