Stadio Olimpico is the venue as Lazio and Sturm Graz meet in a high-stakes Europa League encounter.

Lazio drew 0-0 with Sturm in Austria in the previous Europa League round as they head into proceedings level on four points with the three remaining Group F participants (W1, D1, L1). While their European season has flattered to deceive, ‘I Biancocelesti’ have been nothing short of outstanding in Serie A, where they’ve won four consecutive matches. That includes a 4-0 demolition of Fiorentina in the run-up to this fixture, where they’ll be looking to build on a three-game winning home streak across all competitions. Maurizio Sarri’s free-scoring side netted an average of 3.33 goals per game across those victories, indicating their ongoing six-match undefeated run in the Europa League home outings (W3, D3) is likely to go on. But Lazio’s indifferent four-game all-time European record against Austrian rivals (W2, L2) means there’s no room for complacency.

On the other hand, since a 1-0 home triumph over Midtjylland in their curtain-raising Group F contest, visiting Sturm Graz went scoreless in their subsequent two Europa League games (D1, L1). That includes an embarrassing 6-0 defeat at Feyenoord on their only group travel so far. But Sturm’s unpleasant experience in the Netherlands seems to have been a wake-up call as ‘Die Schwoazn’ haven’t lost any of their four competitive matches since (W3, D1), racking up three clean sheets in the process. The Austrians are unlikely to turn their continental fortunes around in Rome, considering they’ve managed just one victory across their five previous European visits to Italian clubs. Indeed, the visitors have lost their last three European games on foreign soil and could make it four defeats on the trot in such match-ups for the first time since 1999. 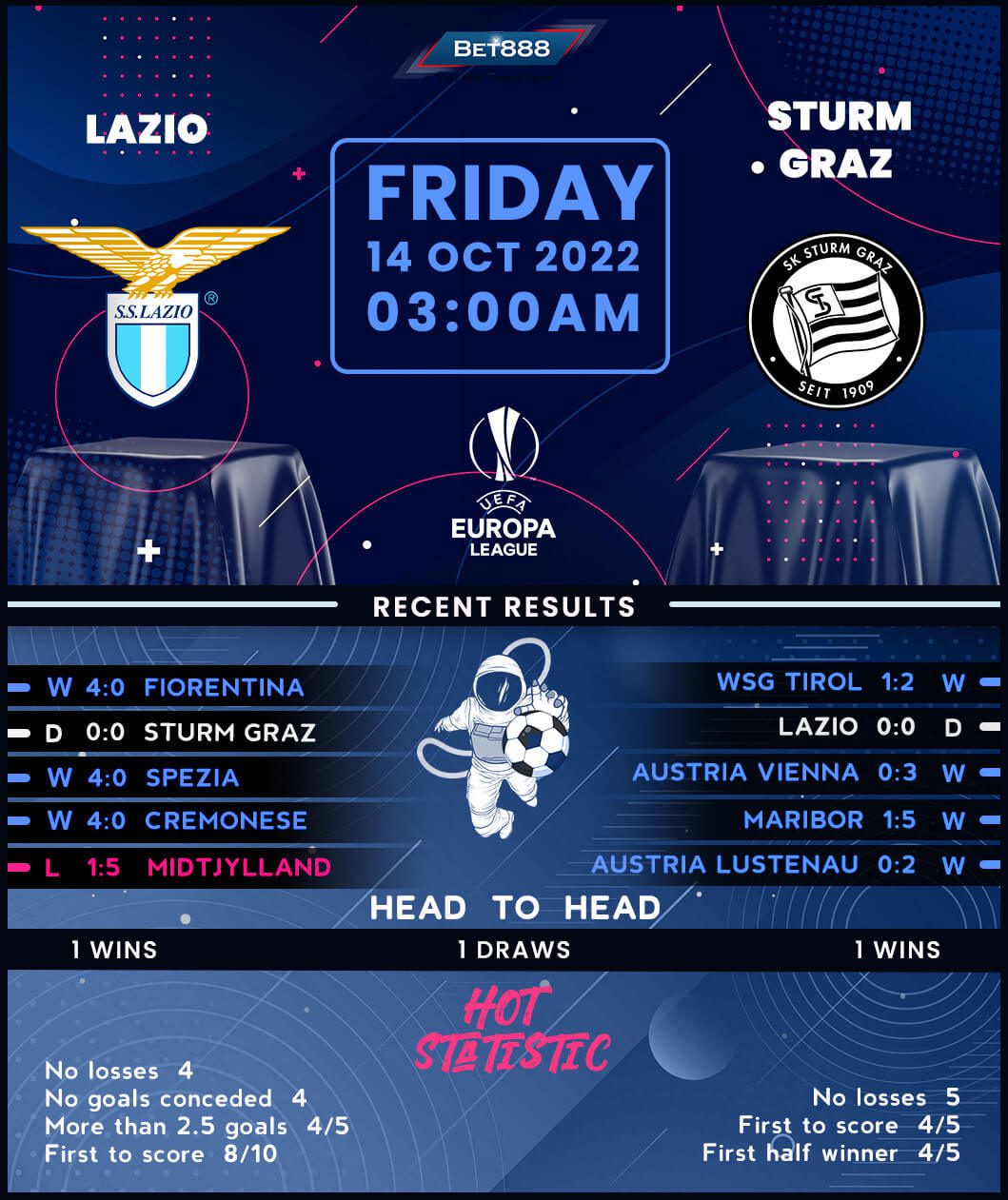