Stadio Olimpico is the venue, as Lazio and Midtjylland go head-to-head in a ‘winner takes all’ clash in the Europa League round four.

With all four Group F locked on five points, progression or elimination for any side will have to wait until the final matchday, yet Lazio would like to bolster their hopes of reaching the knockouts this midweek. Driven by revenge after succumbing to a humiliating 5-1 defeat in the reverse fixture in Denmark, ‘I Biancocelesti’ take the field on the back of a seven-match unbeaten run in all competitions (W4, D3). But following an inspiring streak of three straight competitive home triumphs via multi-goal margins, Maurizio Sarri’s men have drawn their last two outings at Olimpico. The abovementioned embarrassment in Denmark was a wake-up call for Lazio’s backline, which has since conceded just three times in seven games.

That’s not a good piece of news for visiting Midtjylland, who are keen to improve on a third-place finish in last season’s Europa League Group F. Since losing 1-0 at Sturm Graz on day one, the Danish heavyweights have gone unbeaten in their three subsequent Europa League outings (W1, D2), netting 2+ goals on each occasion, including a brace of 2-2 draws with Feyenoord ahead of this trip. Those stalemates form part of Midtjylland’s eye-catching ten-game unbeaten streak across all competitions (W5, D5), highlighting the visitors’ skyrocketing confience. In stark contrast to their ongoing purple patch, Albert Capellas’ men have picked up just two wins from their last 14 away matches in European football (D5, L7). Topically, their only previous UEFA visit to Italy yielded a thumping 5-0 defeat at Napoli. 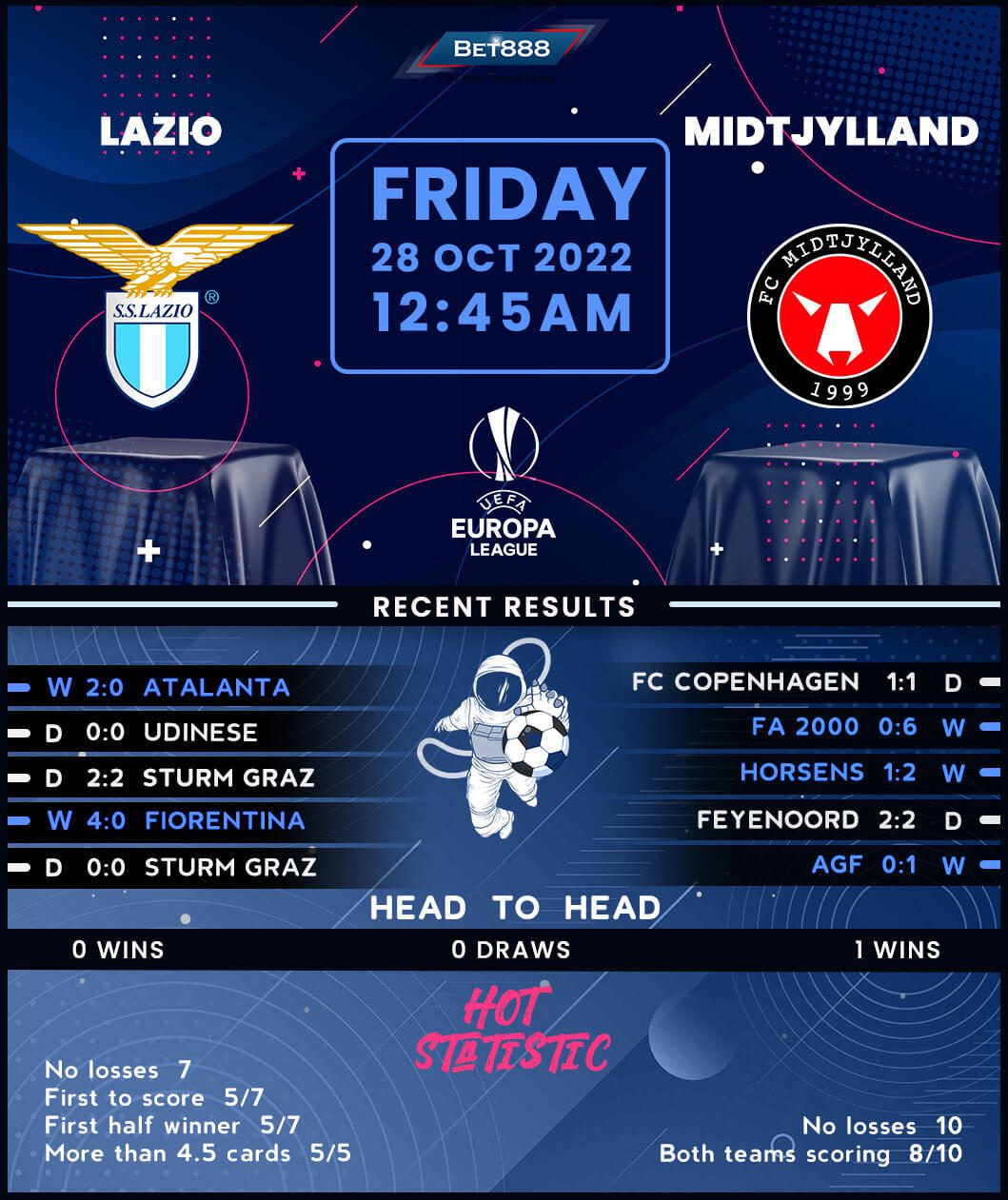