Stadio Olimpico plays host to a tasty-looking Serie A encounter between Lazio and Hellas Verona.

Lazio dismantled last season’s Europa Conference League beaten finalists Feyenoord 4-2 at home in midweek Europa League action to bounce back from last weekend’s heartbreaking 2-1 home league defeat to Napoli. Before turning a halftime lead into a loss, Maurizio Sarri’s men had enjoyed a four-match unbeaten start to the new Serie A season (W2, D2). However, a lack of consistency has seen none of Lazio’s five top-flight fixtures feature the same result twice in a row. Verona’s visit to the capital does not bode well for the hosts’ bid to get back to winning ways in Serie A, as they’ve won none of their last three home league H2Hs (D1, L2). High scoring could be a theme since two of those three meetings featured both teams on the scoresheet in matches garnering 3+ total goals.

On the other hand, visiting Hellas Verona came from behind to beat Sampdoria 2-1 at home last time out to get off the mark following a four-match winless Serie A start (D2, L2). Worryingly for head coach Gabriele Cioffi, his men have yet to keep a clean sheet in Serie A this season. That’s particularly alarming considering ‘I Gialloblu’ have conceded 2+ goals in 11 of their last 13 top-flight visits to Lazio. On the bright side, the visitors have avoided defeat in eight of their nine previous Serie A fixtures on hostile turf (W2, D6), including an uneventful run of three successive draws. 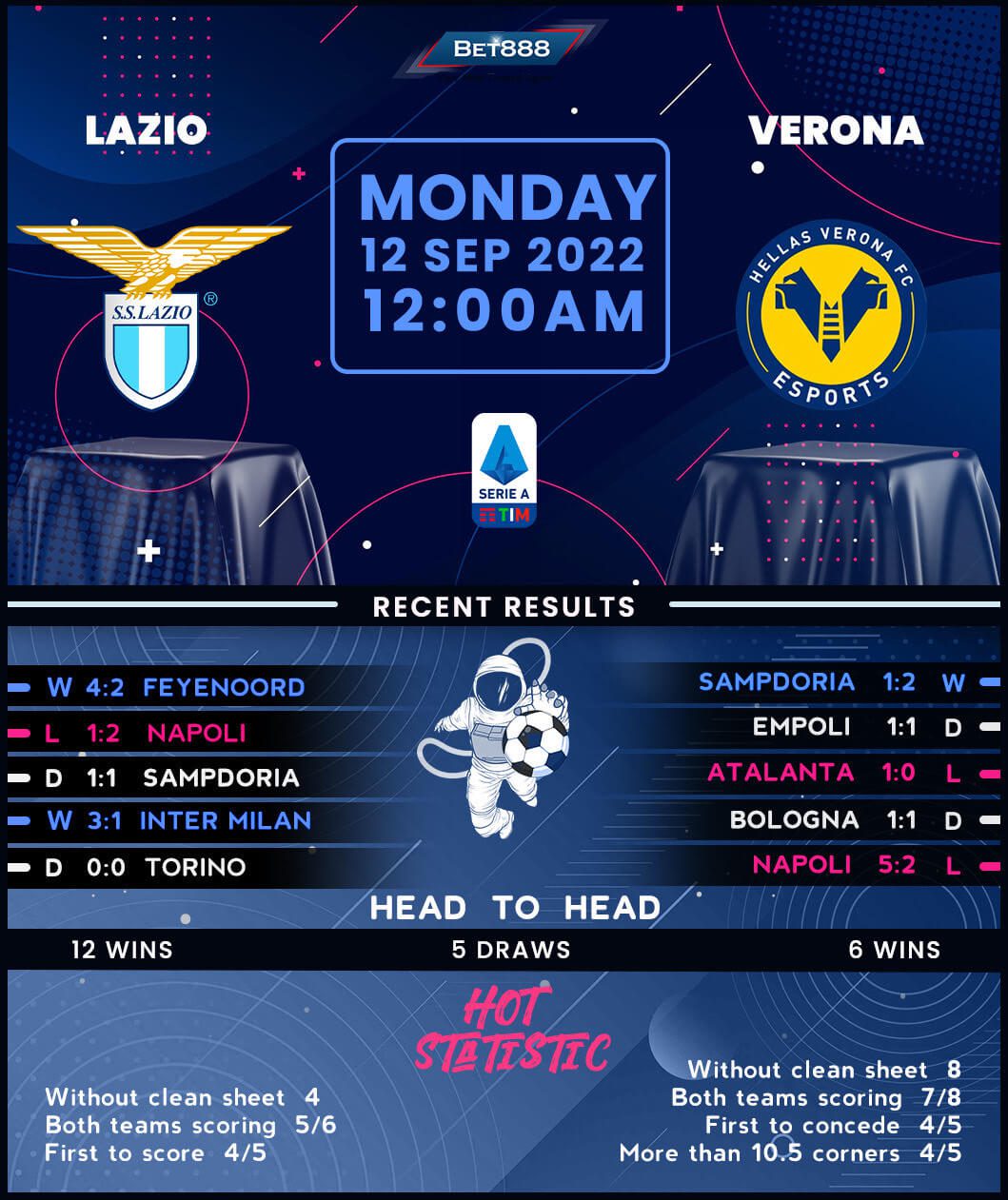